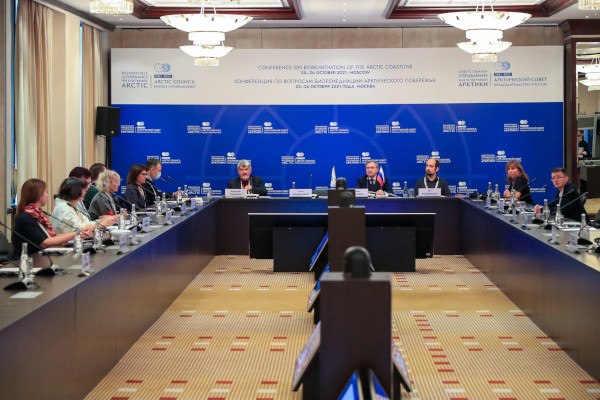 An international conference on bioremediation (biological cleanup) of aquatic and terrestrial ecosystems of the Arctic coast was held in Moscow. The event was attended by leading scientists from Russia, Canada, the USA and Finland in the field of remediation of contaminated soil and water bodies. The discussion was held as part of the plan of major events in connection with the Russian Chairmanship of the Arctic Council in 2021–2023, operated by the Roscongress Foundation.

The fragile ecosystems of the Arctic are exposed to increasing technogenic pollution, including oil products. One of the most promising directions of pollution elimination is the use of microorganisms to decompose pollutants.

"Russia has a strong scientific community in the field of bioremediation, which has had a positive experience of interaction with scientists from Norway, the United States, and Canada. And we need to keep working together. The path from scientific development to practical application is often long and difficult. Russia's chairmanship in the Arctic Council may help the government and businesses to pay attention to the achievements of scientists in the field of northern nature restoration," said Pavel Krasilnikov, Corresponding Member of the Russian Academy of Sciences, Doctor of Biological Sciences,  and Acting Dean of the Faculty of Soil Science at Lomonosov Moscow State University.

The specialists presented their experience in research and practical application of bioremediation technologies to restore Arctic nature. The effectiveness of biological methods in a comprehensive approach to the cleanup of contaminated areas was highlighted.

"Biological cleaning methods are most effective in the Arctic due to the increasingly intensive development of the region, including the growth of hydrocarbon production, cargo traffic and the size of the population. They can be used not only during the elimination of the consequences of emergencies but also for prevention and early detection of vulnerable areas," said Mikhail Makarov, Doctor of Biological Sciences and Acting Director of the Murmansk Marine Biological Institute of the Russian Academy of Sciences.

The prospects of international scientific cooperation were also discussed at the conference. In particular, a joint project of scientists from Murmansk, Norway, and Finland to create innovative biotechnology for the comprehensive restoration of oil-polluted Arctic coastlines as part of the “Kolarctic" cross-border cooperation program was discussed.

"We see great potential in studying the influence of microorganisms on the decomposition of petroleum products. Such methods are especially effective in the phase after mechanical cleaning of a contaminated area or when other methods are not feasible," said Kirsten Jorgensen, an expert from the Finnish Environmental Institute.

The results of the practical application of bioremediation methods were presented. Graeme Spiers, Professor Emeritus of Environmental Geology at Laurentian University (Ontario, Canada), reported on soil remediation and afforestation of former industrial and mining sites in Canada.

Conference participants noted that bioremediation projects play a significant role in improving environmental safety in the Arctic. The importance of scaling up methods in a way that is safe and technologically sound was particularly highlighted.

About The Arctic Council

The Arctic Council is the leading intergovernmental forum promoting cooperation, coordination and interaction among the Arctic States, Arctic Indigenous peoples and other Arctic inhabitants on common Arctic issues, in particular on issues of sustainable development and environmental protection in the Arctic. It was formally established in 1996.

All Arctic Council decisions and statements require consensus of the eight Arctic States.