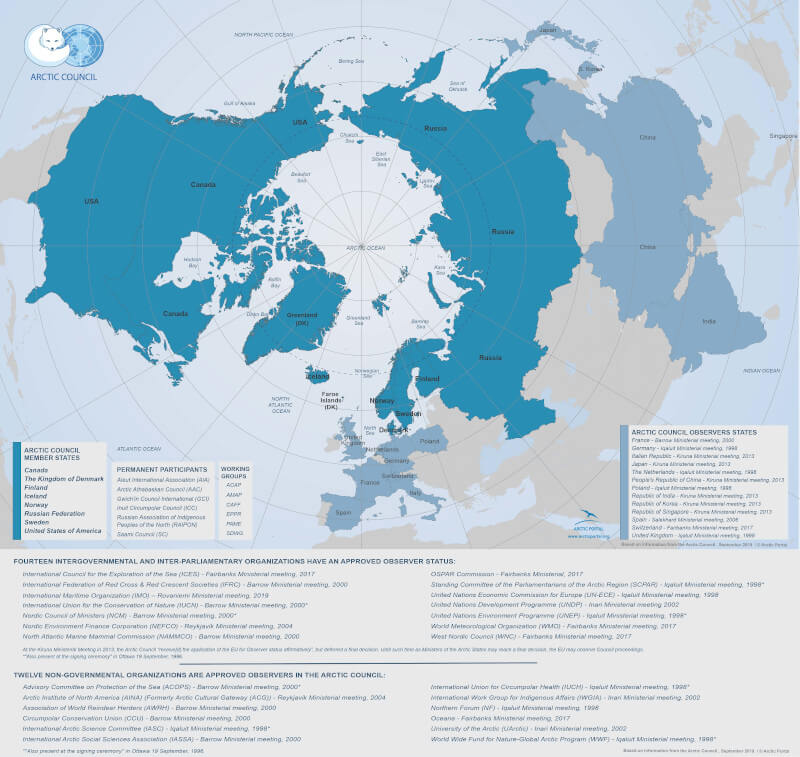 For many centuries, the Arctic was remote and pristine region left outside of scientific exploration as well as world politics. It was not before after second world war with technical advancement and ever increasing need for resources and space that world's eyes turned to the Arctic.

But instead of becoming a new scientific playground furthering our understanding on world's ecology, the Arctic became militarized region of both the east and the west for four long decades or until the emergence of the perestroika in the Soviet Union which gradually brought the cold war enemies closer and eventually to the same table in 1989.

The first purely Arctic oriented meeting of the eight Arctic countries - Canada, Denmark, Finland, Iceland, Norway, Sweden, Russia and the U.S. - took place in Rovaniemi, Finland in september 1989. The topic of the meeting was the fragile Arctic environment and a potential for joint effort in tackeling the very delicate but urgent issue.

After intensive cooperation for the next two years, the Arctic Environmental Protection Strategy was initiated in 1991. The AEPS concentrated on cooperation in scientific research and sharing of data on effects of pollution as well as assessing the potential environmental impacts of development activities in the Arctic through its four specific measures, namely Arctic Monitoring and Assessment Programme, Protection of the Marine Environment in the Arctic, Emergency Prevention,Preparedness and Response in the Arctic and Conservation of Arctic Flora and Fauna.

The cooperation around the AEPS was quite untraditional for many reasons. First, it was one of the first venues where the cold war parties cooperated together to reach a common goal and secondly it became one of the very few inter-governmental institutions including indigenous peoples of the region in the work from the beginning.

In 1996, the Arctic Council, with membership of all eight Arctic states and permanent participation of regional indigenous peoples associations, was established to promote cooperation, coordination and interaction in issues of sustainable development and environmental protection.

Since the end of the cold war the Arctic has been changing in ever increasing speed. Not only does the international community face immense environmental challenges that will influence every part of the world, but also will the Arctic states face territorial claims, issues concerning maritime transportation and infrastructure, natural resource exploitation and a whole new political setting.

The Arctic is becoming a lively international region rich of natural resources and high economic potential. The fact is, however, that there is lacking a common political agenda for the future in the Arctic and a legal framework for the emerging maritime activities. Infrastructure on the Arctic coastline is not ready to welcome the incipient economical activities and the participation procedure of the indigenous peoples in developing the area has not yet been fully established. Most of these activities must be undertaken jointly by all the

Arctic nations for them to have real impact. The shortage of the Arctic Council mandate to deal with issues other than environment has led to a situation where decicions are made in isolation creating thus incomplete and fragmented framework for the Arctic region.

This situation has been understood in the Arctic states and in every established national Arctic Policy the need for stronger Arctic Council is recognized. In the next few years then, the states have a challenge of reforming the Arctic Council to better correspond to the contemporary challenges. The mandate must be broadened to cover issues other than environment as well and the restructured Council must be presented with a higher level image to equal other international actors in the Arctic region. 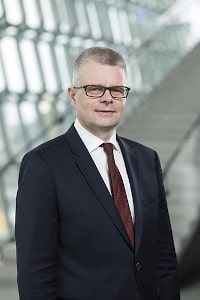 The theme of the Arctic Council Chairmanship program for 2019-2021 reflects Iceland’s commitment to the principle of sustainable development and refers to the necessity of close cooperation between the states and peoples of the region and beyond. With sustainable development as an overarching theme, Iceland will highlight four priorities: The Arctic Marine Environment, Climate and Green Energy Solutions, People and Communities of the Arctic, and a Stronger Arctic Council.

During its Chairmanship, Iceland will highlight plastic pollution in the Arctic marine environment, drawing on the findings of the first desktop study on marine litter in the Arctic. The Arctic Council will work on the development of a Regional Action Plan to reduce marine litter, including micro-plastics, along with other efforts to monitor and limit its impacts.

Innovative methods to improve the utilization of living marine resources may have considerable potential for driving sustainable economic growth in coastal communities. Iceland is leading the development of a project on the Blue Bioeconomy in the Arctic, exploring opportunities to increase the value of marine products.

Iceland will continue to promote safe and sustainable shipping in the Arctic. With increasing marine traffic and activities, it is essential to maintain close and effective cooperation among the Arctic States on search and rescue, as well as emergency prevention, preparedness and response. Circumpolar meteorological and oceanographic cooperation also serves to improve safety at sea and should be developed further, in collaboration with the World Meteorological Organization.

on gender equality in the Arctic and strengthen a network of experts and stakeholders in the field.

Iceland’s Chairmanship will strive to enhance the constructive cooperation that has always been a key strength of the Arctic Council. Close consultations between the Member States and the Permanent Participants must continue, and further opportunities for mutually beneficial collaboration with Observers should be explored.

Iceland wishes to strengthen cooperation between the Arctic Council and the Arctic Economic Council, on the basis of a new Memorandum of Understanding, with the shared objective of promoting responsible economic development. 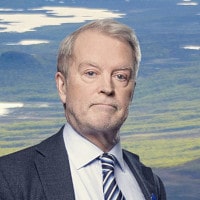 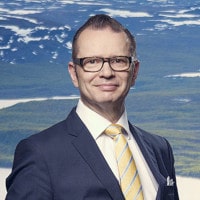 Finland builds the 2017–2019 Chairmanship of the Arctic Council on strong Arctic traditions and expertise.

Finland wants to highlight two recent milestones which have major relevance to the Arctic.

The international community adopted a universal, legally binding climate agreement in Paris in 2015. Global warming is still expected to continue for decades with considerable impact on the Arctic. It is necessary to continue working to mitigate climate change and strengthen resilience and adaptation, and to raise awareness of Arctic issues in global climate talks.

The goals of the 2030 Agenda for Sustainable Development, adopted by the United Nations in 2015, are global in scope and apply also in the Arctic. Sustainable development is at the core of the Arctic Council mandate. Accordingly, Finland proposes to explore how the Agenda 2030 framework can be used in Arctic cooperation for the benefit of humans and nature.

The Arctic is developing into an important hub of the twenty-first century. The economic potential of the region should be harnessed in a way that brings prosperity to, and guarantees the livelihood and social progress of, Arctic inhabitants and communities. Sustainable economic development is the key to resilient communities.

In 2017 Finland celebrates the 100 anniversary of its independence. Among the planned Arctic events are the international Rovaniemi Arctic Spirit conference and a scientific expedition in Arctic waters on board a Finnish icebreaker.

Environmental protection lies at the core of Arctic cooperation. The Arctic region is often equated with a clean environment and plentiful natural resources. Healthy ecosystems and human well-being in the Arctic require effective environmental protection measures. Finland invites the Arctic Council to further focus on biodiversity conservation and pollution prevention, as well as mitigation and adaptation to climate change.

The Arctic Council and its Working Groups have produced a wealth of top-quality assessments on the state of the Arctic environment, along with recommendations for action. Finland encourages Member States to put the recommendations into practice and to communicate the results also in global forums. Finland proposes intensified exchange of information on best practices and emerging technologies to promote sustainable and responsible development in the Arctic. 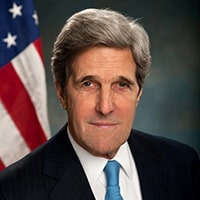 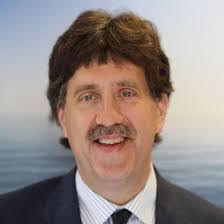 The U.S. chairmanship theme, One Arctic: Shared Opportunities, Challenges, and Responsibilities, reflects the U.S. commitment to a well-managed Arctic, marked by international cooperation. In partnership with the other Arctic States and Permanent Participants, the United States is proud to initiate wide-ranging work to protect the marine environment, conserve Arctic biodiversity, improve conditions in Arctic communities and address the rapidly changing climate in the Arctic.
U.S. Secretary of State John Kerry is the current chair of Arctic Council.
The program of the U.S. focus on four priorities:

Arctic Ocean: With the increase in human and maritime activity in the Arctic, Arctic Council members are working together to promote Arctic Ocean safety, security and stewardship, including by exercising Arctic State agreements on search and rescue cooperation and oil pollution preparedness and response.

Arctic Awareness: The Arctic is a socially vibrant and biologically diverse region that requires resources for sustainable development and environmental protection. By raising awareness of the Arctic and its role in the global ocean and climate systems, the Arctic Council seeks to educate and inform the public worldwide that the Arctic should matter to everyone.

AMAP's current objective is "providing reliable and sufficient information on the status of, and threats to, the Arctic environment, and providing scientific advice on actions to be taken in order to support Arctic governments in their efforts to take remedial and preventive actions relating to contaminants". AMAP is responsible for measuring the levels, and assessing the effects of anthropogenic pollutants in all compartments of the Arctic environment, including humans; documenting trends of pollution; documenting sources and pathways of pollutants; examining the impact of pollution on Arctic flora and fauna, especially those used by indigenous people; reporting on the state of the Arctic environment; and giving advice to Ministers on priority actions needed to improve the Arctic condition.

The biodiversity working group of the Arctic Council, and its mandate is to address the conservation of Arctic biodiversity, and to communicate its findings to the governments and residents of the Arctic, helping to promote practices which ensure the sustainability of the Arctic's living resources. CAFF's projects provide data for informed decision making in resolving the challenges which are now arising in trying to both conserve the natural environment and permit regional growth. This work is based upon cooperation between all Arctic countries, indigenous organizations, international conventions, and organizations.

The goal of the EPPR Working Group is to contribute to the protection of the Arctic environment from the threat or impact that may result from an accidental release of pollutants or radionuclide's. In addition, the Working Group considers issues related to response to the consequences of natural disasters. EPPR works with Arctic Council Working Groups and other organizations to ensure that the emergencies are appropriately addressed in Council products and work. EPPR also maintains liaison with the oil industry and other relevant organizations with the aim of enhancing oil spill prevention and preparedness in the Arctic.

The goal of SDWG is threefold. To propose and adopt steps to be taken by the Arctic States to advance sustainable development in the Arctic, including opportunities to protect and enhance the environment and the economies, culture and health of Indigenous Peoples and Arctic communities, as well as to improve the environmental, economic and social conditions of Arctic communities as a whole. The SDWG has major areas of activity which include: Arctic Human Health, Arctic Socio-Economic Issues, Adaptation to Climate Change, Energy and Arctic Communities, Management of Natural Resources, Arctic Cultures and Languages.

Thirteen non-arctic countries have been admitted as Permanent Observer States to the Arctic Council:

Thirteen Intergovernmental and Inter-Parliamentary Organizations have been given observer status:

Thirteen Non-government organizations are observers in the Arctic Council: