The Arctic Portal IT & Data Expertise

The expertise of Arctic Portal (AP) regarding data management and visualization has been consistently increasing especially through the participation to the Page21 and Global Terrestrial Network for Permafrost (GTN-P) projects. The Global Terrestrial Network for Permafrost (GTN‐P) is the primary international programme concerned with monitoring permafrost parameters. GTN‐P was developed in the 1990s by the International Permafrost Association (IPA) under the Global Climate observing System (GCOS) and the Global Terrestrial Observing Network (GTOS), with the long-term goal of obtaining a comprehensive view of the spatial structure, trends and variability of changes in the active layer thickness and permafrost temperature.

The Arctic Portal embeds its action within the framework of pilot actions with the intention of connecting technologies and demonstrating methodologies. In that regard and within the EU 7th Framework (FP7) Changing Permafrost in the Arctic and its Global Effect on 21st Century (PAGE 21) project, Arctic Portal develops a Data Management System (DMS) for permafrost monitoring parameters of the Global Terrestrial Network for Permafrost (GTN-P).

Permafrost has been identified as an Essential Climate Variable (ECV) by the Global Observing community. The existing data, however, were far from being comparable, were not yet optimized for databases and climate modelling file formats, without framework for data reporting or archival and the data documentation was incomplete. The researcher can now edit, visualize and download standardized data sets, metadata, charts and statistics for all relevant parameters for a specific site in all partner countries. Tools are further developed to provide data processing, analysis capability and quality control assurance. The end of the distribution chain delivers highly structured data sets in NetCDF files, format developed by UNIDATA and used by Earth Systems modelers, compliant to the Climate and Forecast convention (CF1.6). The GTN-P DMS is seen now as a case for integrating planetary Essential Climate Variables (ECVs) and projects are discussed with the NASA, the World Meteorological Organization (WMO) and the National Snow and Ice Data Center (NSIDC).[L1] 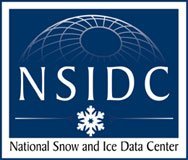 Arctic Portal uses its IT capacity also to promote education in and for the Arctic communities. Arctic Portal has for instance developed a "Virtual Classroom", creating a tool for Education and Outreach in the Arctic, focusing on interactive communication, Web-casting and Internet based Conferencing and interactive graphical tools and maps in education in co-operation with the UArctic, the Teachers of IPY, the Northern Forum, Indigenous Groups and others.In addition to its specific IT competences, Arctic Portal works on the outreach and communication of several Arctic-related projects in order to increase their visibility and capacities. Within the scope of the EU-founded project “Strategic Environmental Impact Assessment of development of the Arctic”, for example, the Arctic Portal has endorsed the objectives of the projects and elaborated a specific communication strategy specifically aimed to reach politicians, scientists and general public.

Over the years the Arctic Portal has established a strong international network for co-operation on Polar issues. As described above, several important partners have joined the Arctic Portal community, establishing their web presence through the Portal. These include for instance, the European Commission through the PAGE21 (page21.eu), and the Strategic Environmental Impact Assessment of development of the Arctic (http://arcticinfo.eu/en) projects; the Arctic Yearbook, IASC, APECS and many other. Last but not the least, Arctic Portal is now developing the Northern Forum project, along with several partners located in Russia, Scandinavian countries, US, and Canada.