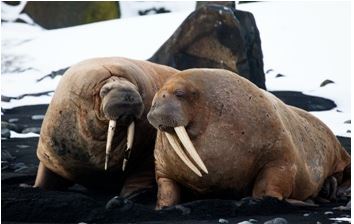 Rosneft Oil Company has launched the implementation of a programme to assess the sustainability of the Arctic ecosystems based on research on key Arctic animal species in the Russian Federation. By 2023, Rosneft will conduct eight expeditions to the Laptev, Barents and Kara Seas.

“The Company's strategy is aimed at the utmost respect for the environment and the issue of biological diversity preservation,” Rosneft spokesman Mikhail Leontyev said during an online presentation of the programme. The scale of the upcoming research will be historical for the region. No studies of such magnitude have been done in the Arctic before.

Rosneft implements a programme for the biological diversity preservation to ensure safe development of the Arctic and preserve its unique ecosystems. The programme includes studies of marine ecosystems, observation of animal species that are indicators of the Arctic ecosystem. The programme also includes scientifically based assessment of the sensitivity of the territory and habitats, development of guidelines on how to organise ecosystem condition monitoring. 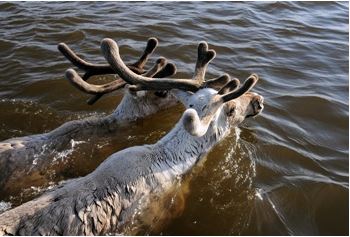 The programme continued large-scale studies of polar bears, walruses and reindeers, carried out by Rosneft Oil Company in 2014-2018, which resulted in the collection and systematisation of unique scientific material on the current state of animals living in the Arctic. The study of these animals allows us to evaluate the state of ecosystems in general.

The leading scientists of major Russian research centres such as A.N. Severtsov Institute of Ecology and Evolution, Arctic and Antarctic Research Institute and Siberian Federal University will take part in this expedition.

More than 170 hours of aviation research including using unmanned aerial vehicles are planned under the expedition. Aerial survey will be conducted in an area of over 500 thousand square kilometres. During over 200 days of field observations, more than 100 animals and birds will be tagged; more than 1000 biological samples have been chosen for subsequent laboratory tests. After field observations analysis of obtained materials will be held in 10 laboratories of the country, including regional ones. Conducting of several thousand tests are planned. 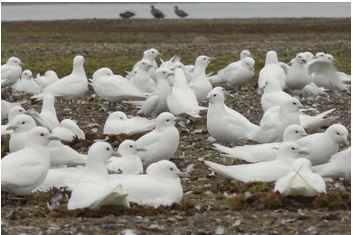 As a responsible producer and participant of the global energy market, Rosneft is committed to the rational development of natural resources and implements large- scale projects in oil and gas production, modernisation of production and refining facilities to reduce its environmental impact, and production of modern, environmentally friendly fuels.

Within the framework of the Rosneft 2022 Strategy, the Company aims to enter the first quartile in Health, Safety & Environment area, as well as to implement initiatives to develop human resources and contribute to the integrated socio-economic development of the regions of the Company's operation.

Rosneft has been researching the Arctic since 2012. The Company together with experts from the Arctic Research and Design Centre organised and performed over 20 integrated research and development expeditions.

The research programme was especially focused on complex observation of ice conditions, including physical and mechanical properties of flat ice, hummocks, icebergs, and producing glaciers. Сomponents of the ice management system were piloted, such as towing icebergs with a wire and a tailored net. A separate set of tasks is related to locating icebergs with engineering tools, including drones, at various weather conditions.

Top-level Russian and international scientific and engineering companies took part in the research. Apart from that, Rosneft specialists have almost entirely restored the system of meteorological observations in the Arctic.

During the Kara- Summer 2017 R&D expedition, a 1.1 million tonnes iceberg was towed in the conditions of an ice field for the first time in the country. The expedition work was carried out in the areas of the Barents and Kara Seas.

Rosneft is the leader of Arctic offshore exploration. The Company owns 55 licences for areas in the waters of the Arctic, Far-Eastern and Southern seas of Russia. The hydrocarbon reserves of the areas are estimated at 41.5 billion tonnes of oil equivalent.