The increase in human activity in the Arctic region, which is driven by the ever increasing demand for decreasing stocks of natural resources (mineral as well as hydrocarbons), has led to a rise in the need for improved management, monitoring and surveillance of the region.

The weather conditions may change quickly and dangerously, while the presence of the sea ice poses a risk to ships. For those reasons, the need for frequently updated information has increased.

Arctic Frontiers has been yearly organized as an independent network and leading meeting place for pan Arctic issues. This year's Arctic Frontiers took place 20th – 25th January in Tromso, located in the northern part of Norway.

This year's event collected close to 150 speakers from variety of countries. The audience accounted close to 2 000 people from various Arctic states and different fields of expertise. Both groups were largely supported by 35 journalists from 15 different countries. This number does not include the many local Norwegian media. 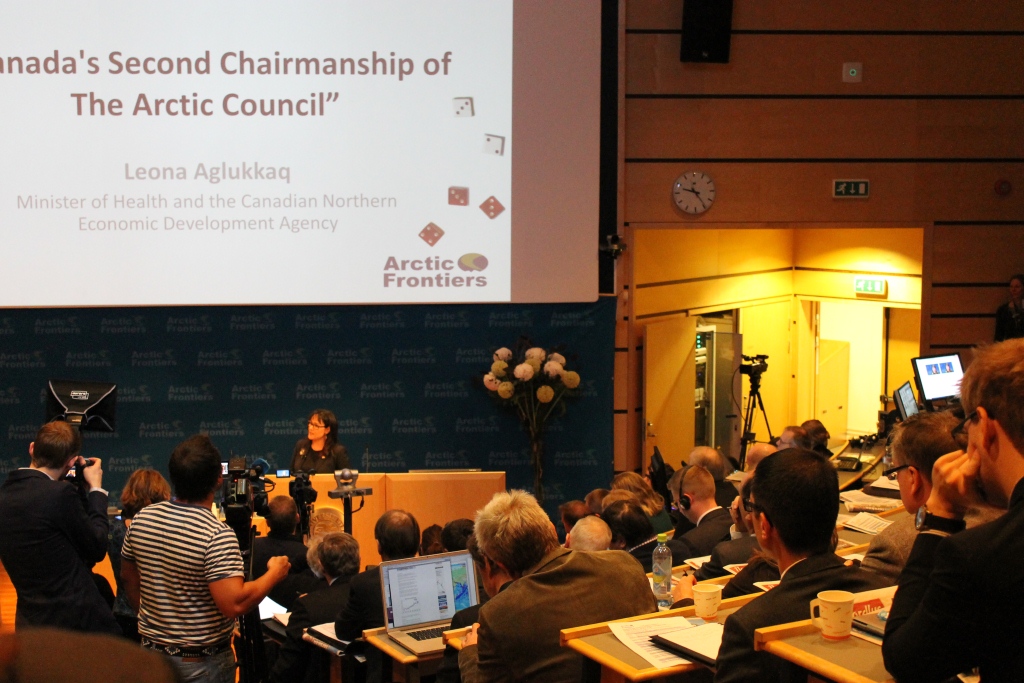 First two days were occupied by the policy section titled: Geopolitics and Marine Production in a changing Arctic''. This year's policy session gathered speakers from the eight Arctic countries bringing up issues from charring and managing the Arctic Council, fisheries, oil and gas exploitation and the right and responsibility of the Arctic peoples to manage their territories to the role of armed forces in the Arctic.

Non-Arctic states were also well represented. The policy session welcomed speeches from the Ambassadors of China and South-Korea as well as from the EU Commissioner for Marine Affairs and Fisheries , while the science section's geopolitics session expanded the Asian representation to cover diverse range of issues regarding Japans, South-Koreas, Singapore and India's interests in the Arctic.

Non – Arctic states, together with the representatives of the Arctic, came up with new principles of how to manage, explore and develop the Arctic in the light of an on – coming change.

Today the Arctic Region is an emerging energy and mineral province, with the extraction of natural resources projected to increase dramatically in the coming years to decades. New industrial activities, a changing business community and demographic dynamics are to alter the established social and economic structures in several regions of the Arctic.

In short it can be said, that the non-Arctic countries call for an open and inclusive trans-regional dialogue and resource management and inclusive observer policies for the Arctic Council. In their view, the Arctic is not isolated region within the global economic and resource community, but a part of a global system that should be governed by and benefit all countries in the world.

It occurred evident that the interest towards the Arctic is growing and southern countries have started to grow increasing interest on the emerging opportunities in the Arctic.

In addition to the two day policy section, the Frontiers had a comprehensive science section concentrating this year on the above mentioned geopolitics, marine harvest and marine production. 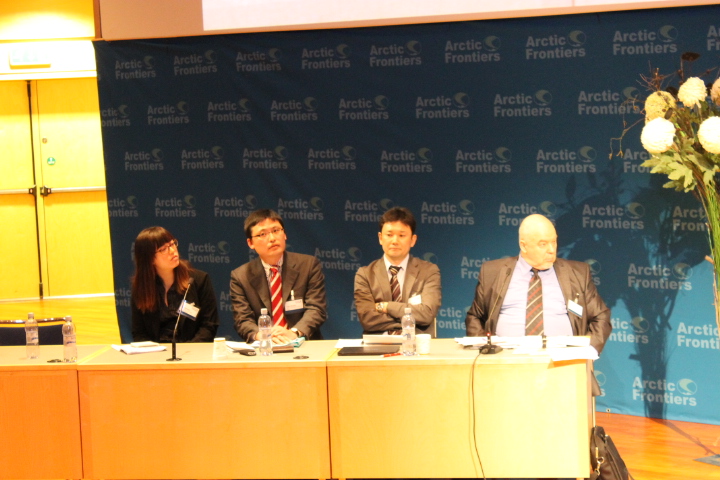 The science section addressed mainly the issues of security, energy and interstate relations in the Arctic. Overall, it identified conditions of continued stability in light of new developments in the northern hemisphere.

A warming Arctic Region with less ice may involve opportunities in terms of economic activity and increased interstate cooperation, but may also present the Arctic stakeholders with new challenges in terms of how best to meet their interests and at the same time interact with the other stakeholders through mutually beneficiary relations.

The Arctic potential to become a new, thriving energy region was strongly highlighted during first days of the policy session.

The circumpolar North holds large quantities of natural gas and oil, both discovered resources and estimated ones. Northern Russia has the largest known reserves of natural gas in the Arctic, but it can also be found in other regions such as Norway, Canada and Alaska.

Last day of the science session welcomed representatives of non – Arctic states, such as Asian and European states that do not border the region. Those countries and organizations have been increasingly opening their eyes into the changing North. The speakers tried to answer the questions of does their interest consist of and what is their policy towards the Arctic Region.

The Arctic region has many faces. Historically it has been veiled by an aura of mystique, a frozen wonderland untouched both by the outside and the effects of industrialization, populated by a mysterious group of people from a different phase in the history of man. As interesting and romantic this notion may seem, it holds little or no truth in the Arctic today. 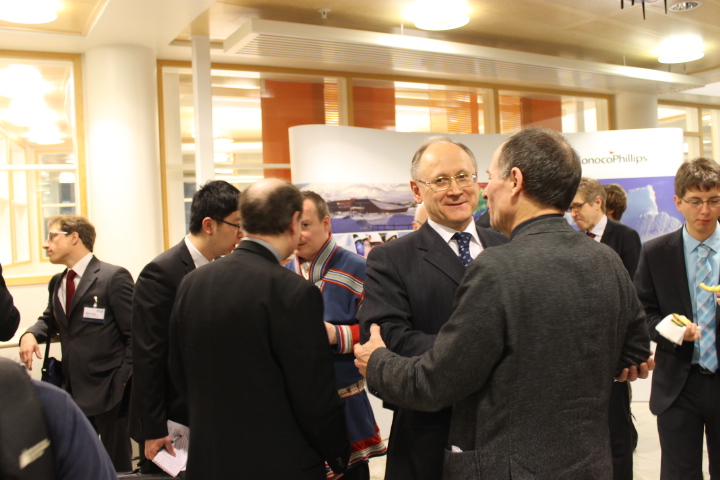 The Arctic is literally on top of the world, the earth rotating around the two poles, in the North and the South. But the Arctic is not just about the North Pole - the Arctic region stretches much further in all directions, even splitting the earth into the East and the West, famous identities in the world history.

This year's Arctic Frontiers highlighted that the Arctic is not only a historical and cultural region but also a potential for commercial and industrial activities. The meeting showed that the Arctic should be looked at as at the mixture of traditional subsistence activities as well as a part of the global market economy.