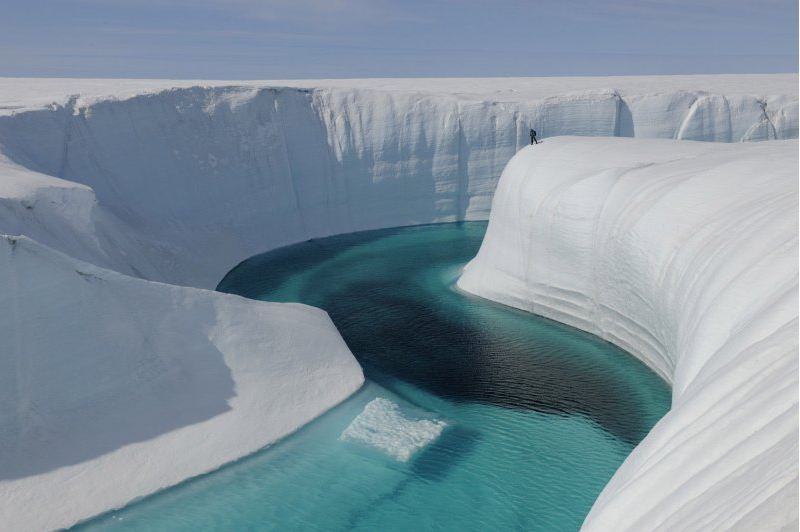 Chasing Ice, a film by Jeff Orlowski, was premiered on December 14th. The movie follows photographer James Balog through his journey in the Arctic and his Extreme Ice Survey.

Once a skeptic about Climate Change, Balog went on a mission to record climate change first hand. By deploying revolutionary time-lapse cameras to capture a multi-year record of the world's changing glaciers, he managed to put together amazing videos of climates effect in the Arctic.

Orlowski followed Balog around the world and the result is the film, which has been shown on film festivals since this fall.

The films website states: "Traveling with a team of young adventurers across the brutal Arctic, Balog risks his career and his well-being in pursuit of the biggest story facing humanity. As the debate polarizes America, and the intensity of natural disasters ramps up globally, Chasing Ice depicts a heroic photojournalist on a mission to deliver fragile hope to our carbon-powered planet."

Filming took place in various locations, not only in the Arctic. They include Greenland, Iceland, Alaska, Glacier National Park in Montana, the Alps, Bolivia and Canada.

Speaking in a Q&A, director Orlowski described the biggest challenges of the shooting. "The biggest challenge was the harsh environments. We had weather as low as negative 30 degrees. One winter night in Greenland, I thought I was going to freeze to death in our cabin. Our heater was leaking gas so we decided to go to sleep without it. I woke up in the middle of the night from my own teeth chattering. I rubbed my body to stay warm, and suffered until sunrise. But as cold as it was, and as difficult as it may seem, that was all the fun stuff. I'd do it all again in a heartbeat. I'd much rather be out shooting than editing!"

The films trailer can be seen below and screenings are advertised on the films website.