"A liquid substance that is greasy to the touch and formed by the breakdown of fats in fossil organic material: Oil." This broad definition for oil is valid from everything between crude oil, the black flammable liquid sought by drilling, to the yellow vegetable oil used in cooking.

Hydrocarbons - as they are often called - are in the broadest sense organic compounds of hydrogen and carbon. These exist in Earth's subsurface in either liquid form – which is called (crude) oil or petroleum, or they exist in gaseous form, and then called natural gas.

This week's feature will answer the question of what is actual definition of Arctic oil and where it can be found. It will try to make you familiar with the long history of the Arctic oil as well as its formation and extraction. It will conclude with few words on environmental protection and prospects of future development. 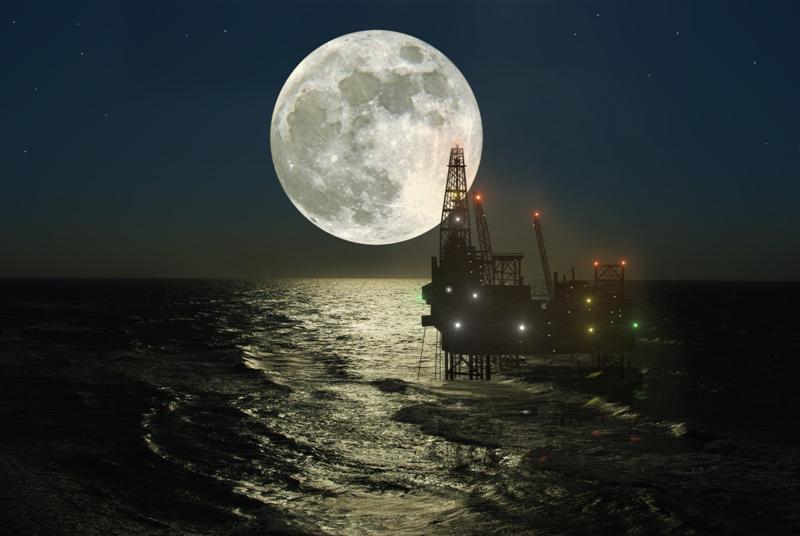 The "tool" to find deposits of oil or gas is the scientific branch of petroleum geology. Petroleum has a reputation as "Mother of all Commodities" as a number of materials are produced on a petroleum base – such as petrol, kerosene, plastics, medicines, basically all forms of organic chemicals. It is the most traded good amongst humans on this planet, followed by coffee and then natural gas. It is also the leading energy source of mankind: The combustion of fossil fuels—coal, oil, and natural gas—provides by far the largest portion of the current supply of energy.

Within the Arctic, oil is today mainly found in three regions: The Beaufort Sea coast (North Slope of Alaska and the Mackenzie Delta of Canada), the Canadian north-eastern Arctic (Nunavut), and northwest Russia. 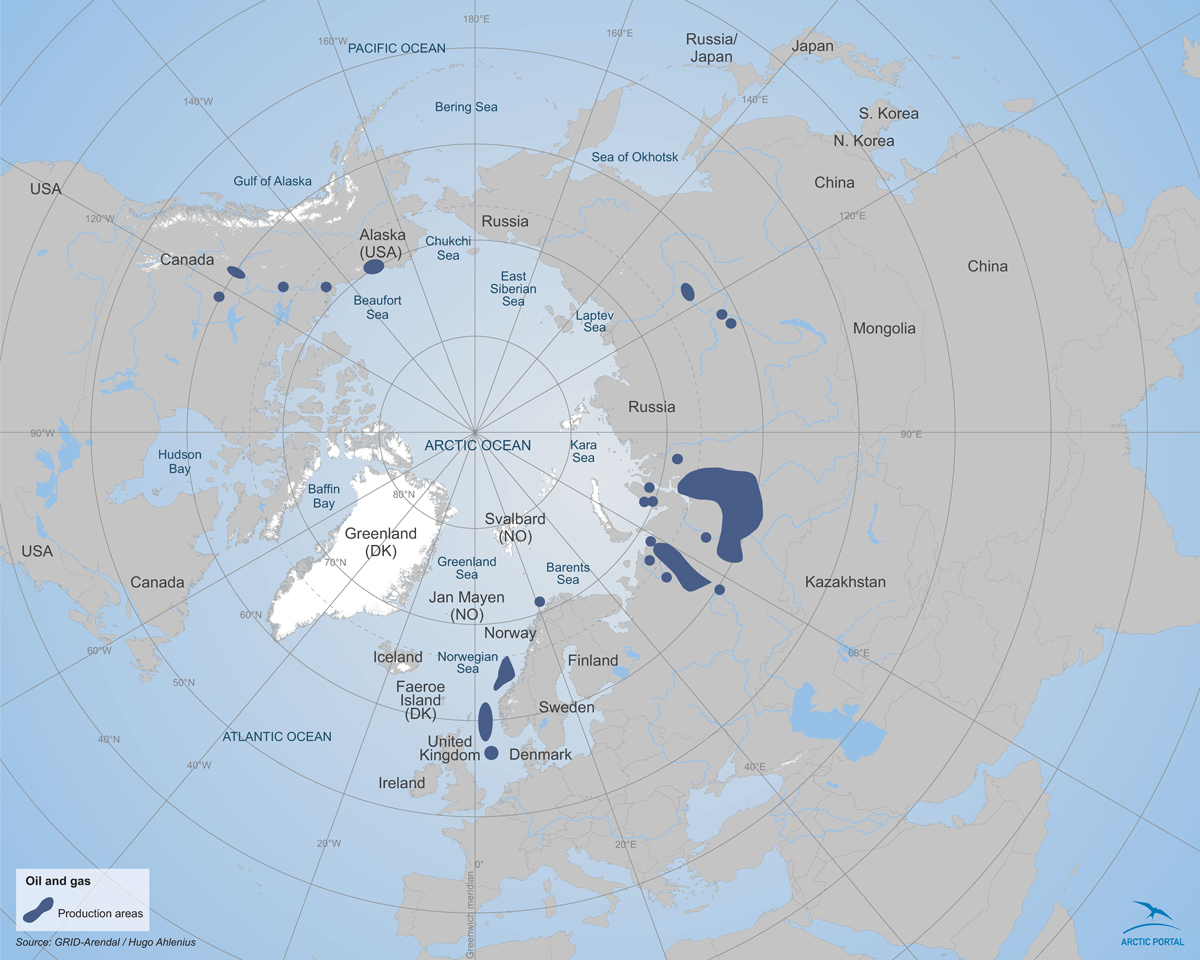 Since fossil fuels are not renewable source of energy, their price and costs of production increase in line with increased consumption and diminishing known reserves. This leads to pressure to explore oil from territories earlier regarded as inhospitable.

The Arctic and its resources are thus coming into focus: Depending on oil prices and the supply of oil from existing producing regions, such as the North Sea and the Middle East, there will likely be an increasing pressure to develop the Arctic reserves. There can already be seen strong indications that Arctic becomes one of the main sources of oil and gas in the twenty-first century.

Historically there are three main regions in the Arctic linked to oil exploitation: the Beaufort Sea coast (North Slope of Alaska and the Mackenzie Delta of Canada), the Canadian north-eastern Arctic (Nunavut), and northwest Russia (Barents Sea and West-Siberia).

Within the three, first developments of oil and gas fields took place in Russia (Komi Republic), then in Canada (Alberta) and finally in the USA (Alaska).

Comparison of the development of oil and gas fields in the circumpolar North reveals two fundamental models of developing these resources: the European (or North Sea) model and the American (USA, and partially Canada) model. Both of which occur with regional peculiarities.

The European model is often described as an "interventionist" or "state capitalist" system. Often a state-run national oil company plays the central role in developing and managing the resource. Private companies also participate directly, often in cooperation with these national oil companies. In addition the state has strong influence on the administration, issuing and allocation of production licenses including a strong influence on the requirements expected from private companies engaging in this model. 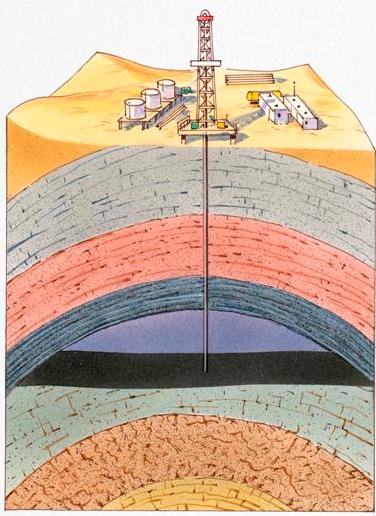 In the so-called American model the state mostly has a regulatory role. Control over production and development is left in a relatively exclusive degree to private companies who obtain and compete for licenses and concessions through auctions.

A major force of development throughout the circumpolar North came during the 1960's and 1970's due to political instabilities of major suppliers from the Middle East region. This made development of oil fields in Arctic and subarctic regions economically feasible and politically advisable. The development led to a number of new oil and gas fields both onshore and offshore as well as to the construction of according transport systems (pipelines).

For example the Trans-Alaska Pipeline in Alaska was built between 1974 and 1977 and in Northwestern Siberia for a total of 14 years, from 1973 to 1986, at least one major construction project was undertaken either for major oil or gas pipelines each year. Often these megaprojects led to controversies with local population, as either resources were on traditional grounds belonging to indigenous peoples or the installation of oil fields or pipelines affected the traditional ways of subsistence (e.g. reindeer husbandry, fishing, hunting).

There are numerous examples of megaprojects with a varying degree of involvement and participation of local / indigenous people in benefits and profits. Read more in the Megaprojects chapter of the Energy Portlet.

Oil or hydrocarbon as it is often called - is in the broadest sense organic compounds of hydrogen and carbon. These exist in earth's subsurface in either liquid form – which is called (crude) oil or petroleum.

Petroleum and natural gas are formed from ancient biomass, thus the name "fossil" fuels for fuels based on petroleum or natural gas.

Heating of prehistoric organic material leads to the formation of crude oil and natural gas. This happens over a long time via a set of complex biochemical and geological processes of pressure and seclusion from air (anaerobic conditions). The organic material usually mixed with mud clay, got buried under strong layers of sediment, thus generating conditions of high pressure and heat.

This caused organic matter first to develop to a substance called kerogen and then with even more heat applied over geological time, becoming liquid or gaseous hydrocarbons.

The subsurface reservoirs possibly blend with water and accumulate in chambers beneath the surface: The hydrocarbon compounds produced in this way were probably concentrated by being dissolved in water and transported through sedimentary rocks; the deposits were then trapped in dome-shaped chambers. However, petroleum can also remain oil shale or oil sands – such as in the Athabasca region of Canada. 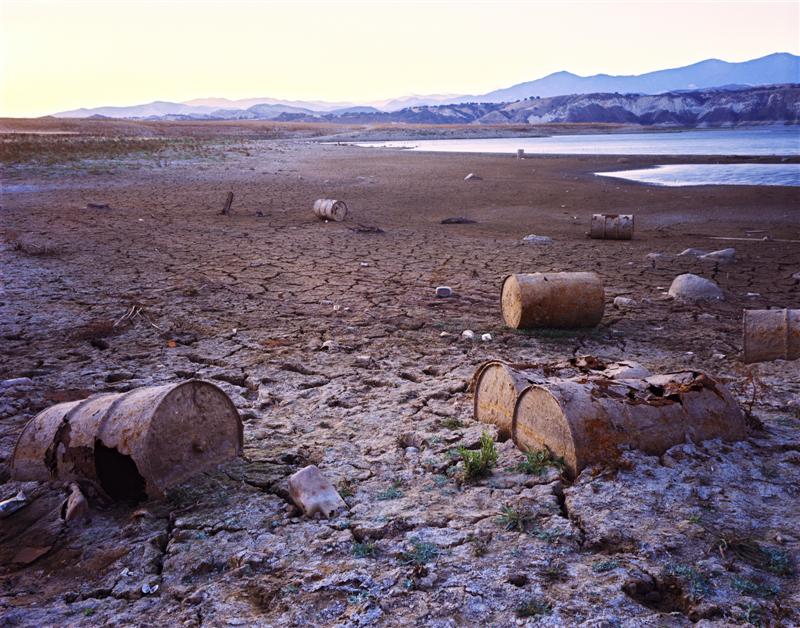 Prehistoric zooplankton and algae, plants and animals, from sea or lake bottoms, preserved under anoxic conditions, are the basis of today's crude oil and natural gas. Prehistoric terrestrial plants are mostly the basis for today's coal.

Petroleum extraction is the whole process by which hydrocarbons (petroleum) is extracted and removed from the earth. The process is divided in three different stages: location, drilling and the actual oil extraction and recovery.

Location of oil is defined by seismic surveys and gravimeters or magnetometers. An oil well is created by drilling into the earth with an oil rig. Offshore an oil rig is the platform from which the well is drilled. The actual hole is filled with a pipe made of steel. The idea is to fortify the integrity of the drilled hole. The bottom of the hole is finally perforated to allow oil to pass into the wellbore. On top of the well a structure with multiple valves is placed, called ironically „christmas tree".

The actually oil extraction and recovery after locating and drilling is subdivided into three stages.

Several effects on the environment are linked to the different stages of oil extraction. Terrestrial, avian and marine fauna, flora and humans are all potentially affected when oil is sought. However, the oil spills still seem to be the biggest threat to fragile Arctic environment. Click here, to see the biggest oil spills that occurred close to the Arctic Circle.

The Arctic is expected to host around 22% of the world's remaining undiscovered oil and gas reserves, according to a 2008 assessment from the US Geological Survey. According to this assessment this would equal an estimated total oil and natural gas resource of 412 billion barrels of oil equivalent. 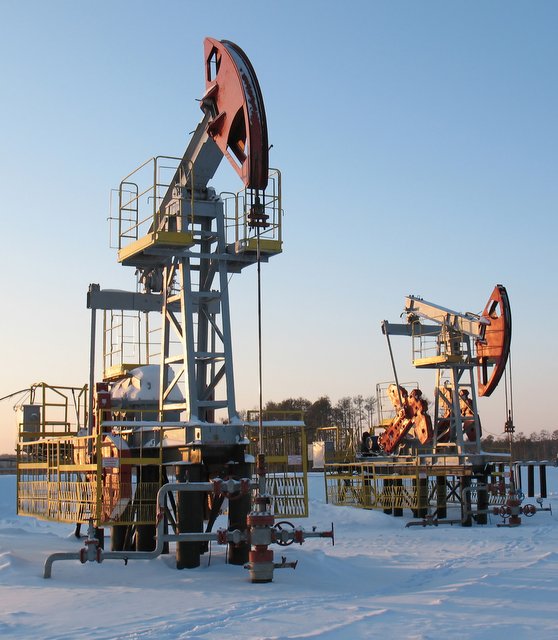 According to the Energy Information Administration of the USA, the world total consumption of oil barrels per day in the year 2008 was 85.462, the yearly total being thus 31.193.630 billion barrels. This means that the whole world would be around 13 years to use all of the oil in the Arctic, should the whole 412 billion barrels be extracted and produced.

Altogether, these three North American provinces count for an expected sum of about 48.6 billion barrels of undiscovered oil, corresponding to around 54% of the total undiscovered oil in the Arctic.

In the Barents Sea recent findings indicate that the Skrugard field contains an estimated amount of 250 million barrel oil reserves. Another field, Goliat is currently under development with an estimated reservoir size of 240 million barrels. It is also expected oil reserves are laying around Greenland; however exploration and test drilling have not yet led to any findings.

Despite expected large reserves, the future of Arctic oil development is depending on technical, political and environmental challenges. Technical challenges are in general the harsh Arctic conditions that put special demands on men and material. Transport systems such as pipelines need to be constructed and in addition face technical challenges as climate change puts new requirements towards materials and construction technologies. 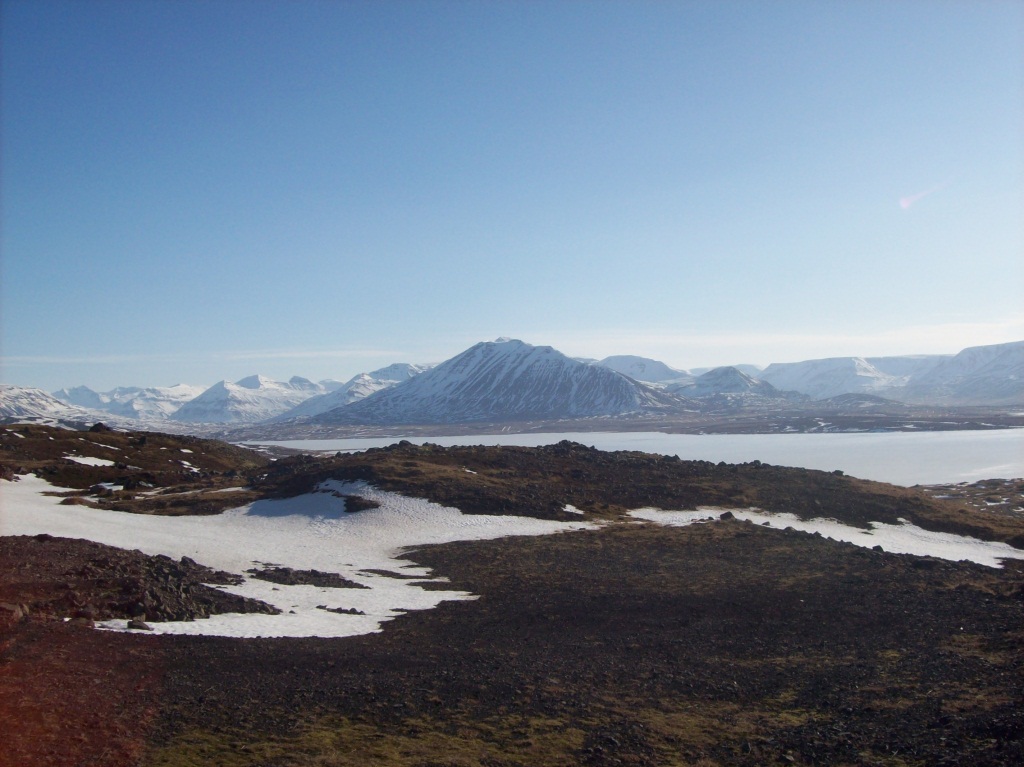 Possible sovereignty disputes over land and sea areas in the circumpolar North could also delay the development of future oil fields. Regional examples such as from the Barents Sea, show how a long-lasting delimitation dispute can hold development for many decades. It was not until the 7th of July 2011, the day the Norwegian-Russian delimitation treaty in the Barents Sea entered into force that the Norwegian side started immediate prospecting for oil and gas.

Last but not least there is the challenge of the vulnerable Arctic environment and the indigenous people of the circumpolar North that puts high demands to any oil or gas related project in the region. Increased transport, e.g. by tankers will also require new capabilities to Search and Rescue capabilities as well as oil spill prevention. High costs due to high environmental protection demands could delay or even halt a further development of Arctic oil, especially when cost / benefit calculations compare it with other regions.

An increasing oil price could make the exploitation of oil shale and oil sand reserves e.g. in subarctic regions more reasonable and feasible than an immediate offshore drilling in the Arctic Ocean or adjacent shelves. Still a growing global demand for energy and challenges with energy security e.g. in the Middle-East region can give additional momentum to develop Arctic oil despite the named challenges.

So despite an anticipated abundance of resources and a high demand, there are still high costs, high risks and lengthy lead-times to be expected that could potentially delay or even stall any further development of oil fields in the Arctic.

One has thus to be careful in predicting if and when a significant increase in Arctic oil production is to be expected in the future.