Few words on the Arctic cryosphere 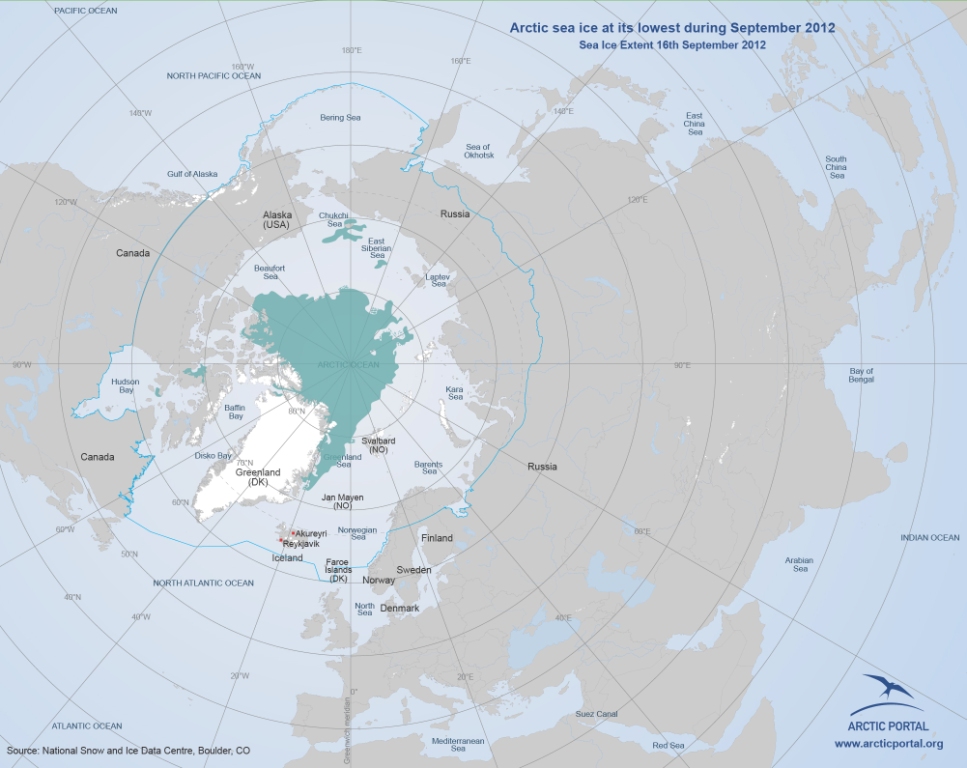 When scientists explain the notion of cryosphere, they mean the areas where water is in its solid form, frozen into ice or snow.

It would occur to some that those frozen regions would be located on top and the bottom of our planet in so called Polar Regions. Of course, frozen areas are located not only in the Arctic or Antarctic but also in so many different places on Earth such as Canada, China, Russia and even Africa with the snow on Mount Kilimanjaro.

Nevertheless, this feature will treat only about the frozen parts of the Arctic and to be more precise, about the Arctic sea ice which during the summer of 2012 did reach its record low.

Sea Ice significantly contributes to the worlds whether patterns and help to keep the globes temperature down.

Measurements of sea Ice during 2010 have reinforced the general belief that the sea ice is declining year from year.

In this coverage the AP will present an overview of these changes as well as some of the possible implementations, opportunities and effects this may have, based of information from leading scientific institutions involved in snow and ice measurements.

Sea ice being white has a much higher reflection than other earths surfaces, making it function as a giant mirror reflecting the suns radiation into space. This is reflectiveness is referred to as "albeido" It has been estimated that Sea Ice reflects as much as 50-95% of the suns radiation while an open ocean surface only reflects about 10-15%. 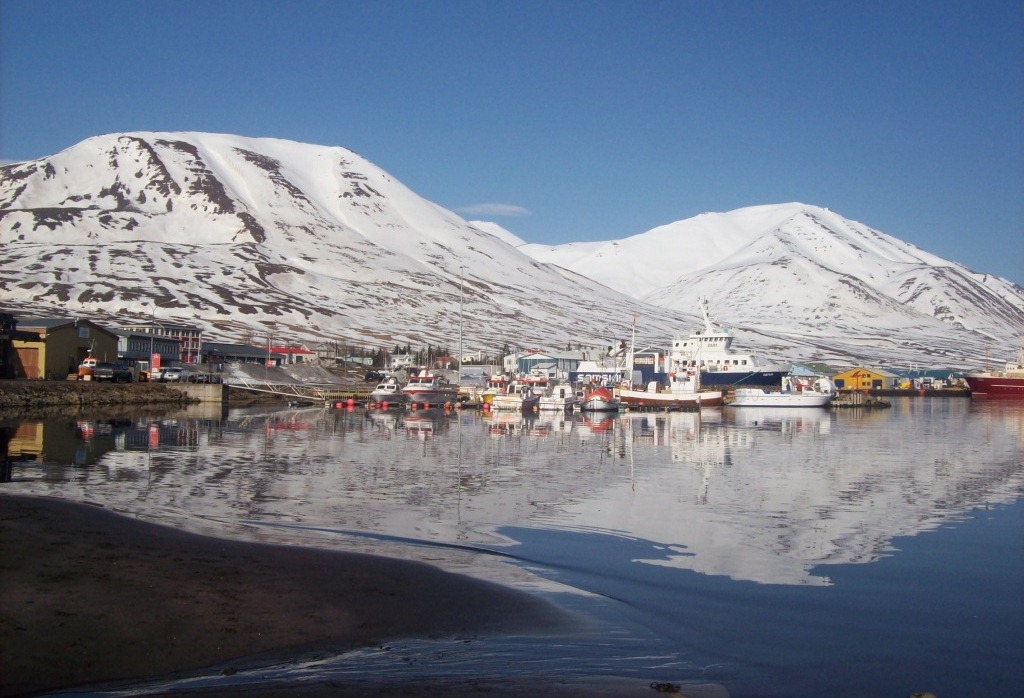 This reflection contributes significantly to keeping atmospheric temperatures cooler. Additionally this keeps the ocean in the northern hemisphere cooler, helping to maintain the planet's ocean conveyor system. With the rapid decline in Sea Ice, documented in recent years there is the risk of a cicle of warming as higher atmospheric temperatures contribute to loss of sea ice and further loss of sea ice contributes to more atmospheric warming, this effect is known as the "ice-albedo feedback".

The prevailing view among climate scientists had been that an ice-free Arctic ocean would occur in the 2070 - 2100 time frame. The February 2007 report from the U.N.-sponsored Intergovernmental Panel on Climate Change (IPCC), warned that without drastic changes in greenhouse gas emissions, Arctic sea ice will "almost entirely" disappear by the end of the century. The recent observations and the Holland et al. model study suggest that it is conceivable that a complete loss of summer Arctic sea ice will occur far earlier.

In a 2007 interview published in The Guardian, Dr. Mark Serreze, an Arctic ice expert with the National Snow and Ice Data Center, said: "If you asked me a couple of years ago when the Arctic could lose all of its ice, then I would have said 2100, or 2070 maybe. But now I think that 2030 is a reasonable estimate. It seems that the Arctic is going to be a very different place within our lifetimes, and certainly within our children's lifetimes." 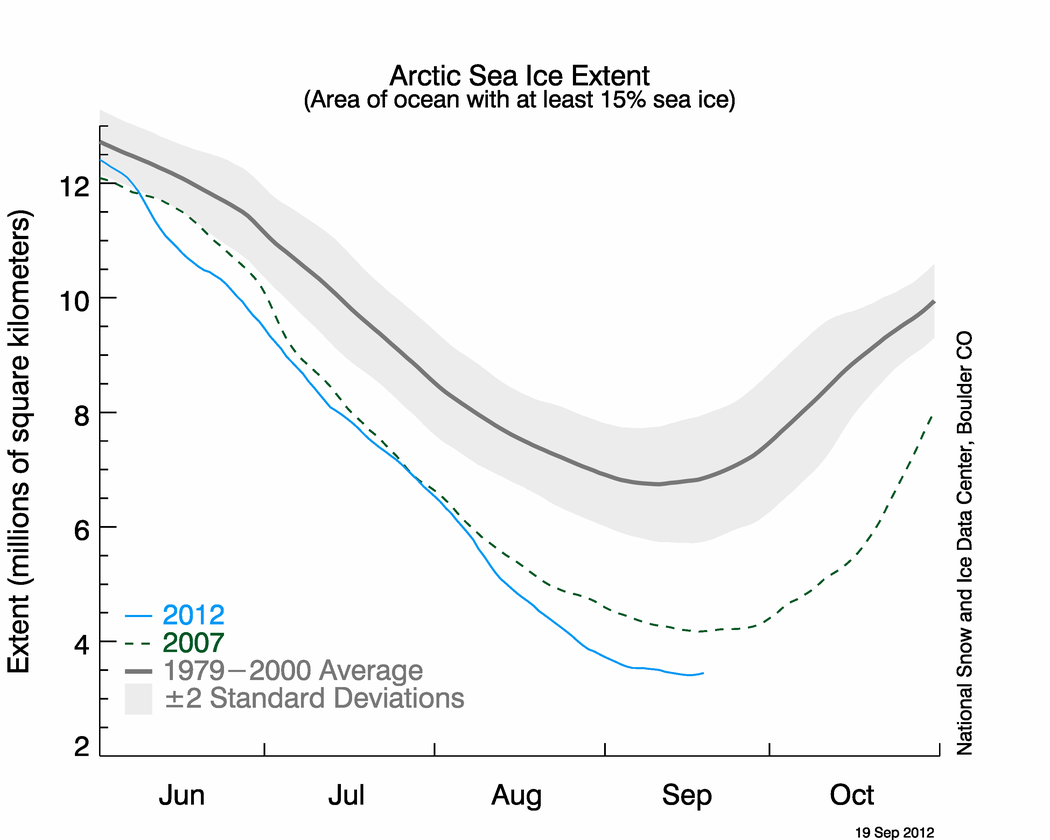 While natural fluctuations in wind, ocean circulation, and temperatures are partly to blame for this loss of sea ice, human-caused global warming is also to blame. In the words of Dr. Serreze: "The rules are starting to change and what's changing the rules is the input of greenhouse gases. This year puts the exclamation mark on a series of record lows that tell us something is happening."

Some argue that the process of achieving both consensus and rigor in the IPCC report yields a "conservative" estimate of climate change. It is true that predictions which involve phase changes are among the most difficult for climate models.

This is made even more challenging for sea ice, which sits in water and is subject to amplified melting by stirring in the water, and is also sensitive to the local salinity of the water. If there are to be surprises in the predictions of climate change, then they are likely to involve phase changes. In a warming climate, this would involve the transition of water from ice to liquid.

The decline of the Sea ice is likely to have a wide number of impacts to both the world in general and of course specifically the Arctic. These impacts are likely to be both negative and positive.

The summer sea ice is increasing again as winter looms but recorded its lowest ever extent since satellite measurements began in 1979. The ice on September 16th was significantly lower than the previous record year of 2007.

On September 16, 2012 sea ice extent dropped to 3.41 million square kilometers, 760,000 square kilometers below the previous record minimum extent in the satellite record, which occurred on September 18, 2007.That means there less ice in the Arctic which would cover all of Norway, Denmark and Finland combined. 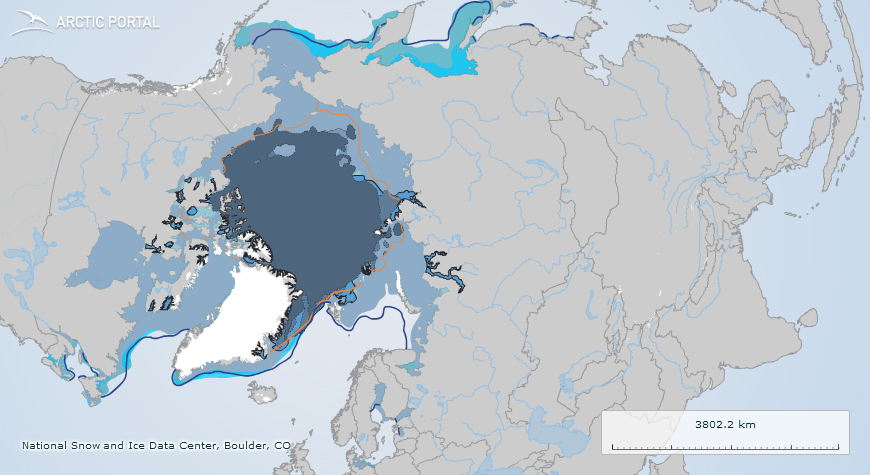 The National Snow and Ice Data Center reports that in response to the setting sun and falling temperatures, ice extent will now climb through autumn and winter. However, a shift in wind patterns or a period of late season melt could still push the ice extent lower. The minimum extent was reached three days later than the 1979 to 2000 average minimum date of September 13. This year's minimum is 18% below 2007 and 49% below the 1979 to 2000 average.

The Arctic is changing so rapidly right now and that is connected to our global climate system, so it's really a precursor to what is coming for the rest of the planet and it really should be an eye-opener for people from all over the world.