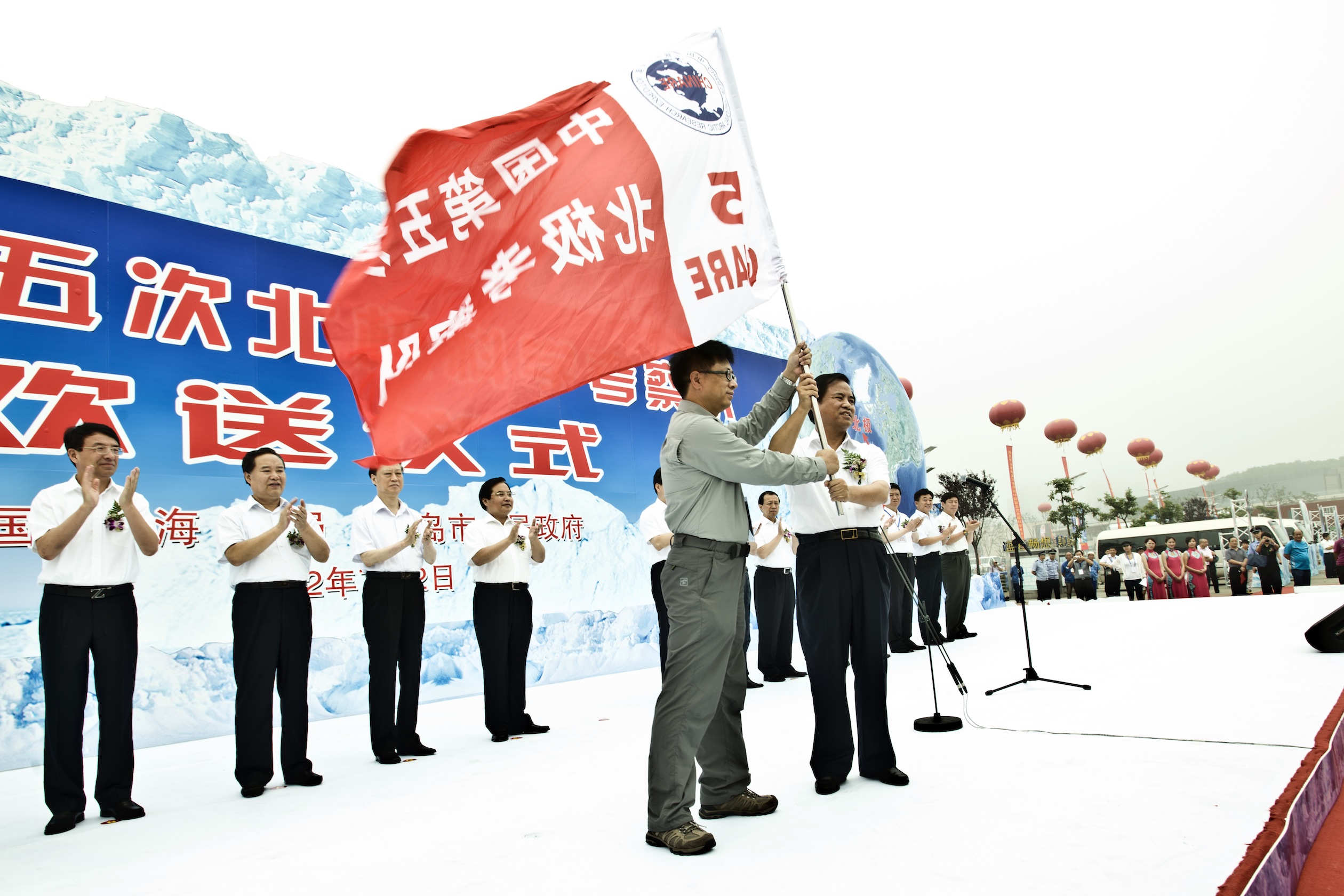 In beginning July of 2012 the Snow Dragon started its expedition to the Arctic. The voyage was launched from Qingdao in China. The 5th Chinese National Arctic Research Expedition (CHINARE 5) will sail for around 6 weeks before reaching Iceland in August.

The voyage to Iceland will strengthen the two countries Arctic research cooperation further and during its stay in Iceland the public will have an opportunity visit the Snow Dragon.

Xuelong, the Snow Dragon, is the icebreaker of the Polar Research Institute of China (PRIC). It is the largest non-nuclear powered icebreaker in the world. It was built as an ice-strengthened cargo ship, in Ukraine in 1993 but is now a floating laboratory with state of the art facilities and equipment for polar research. It was modified in 1994. The Xuelong is 167m long, almost 23 meters wide and the ice class is B1 level, it can break through 1.1m of ice, including 20cm of snow by 1,5 knots continuously.

It is both a supply vessel for the four research stations PRIC has, one in Svalbard and three in Antarctica, and a scientific research platform in both Poles.

This will be the fifth expedition of the icebreaker in the Arctic; the others took place in 1999, 2003, 2008 and 2010. Although CHINARE 1 and 2 were only one-year projects they provided a framework for comparative research in the future within the investigated areas. CHINARE 3 and 4 were conducted under the International Polar Year (IPY) and raised the knowledge level in China about the Arctic's rapid changes.

The Xuelong, research vessel for the 5th Chinese expedition, is equipped with advanced systems for self-contained navigation and for weather observation, both extremely important qualities for polar expeditions. There are also excellent facilities for the scientist. 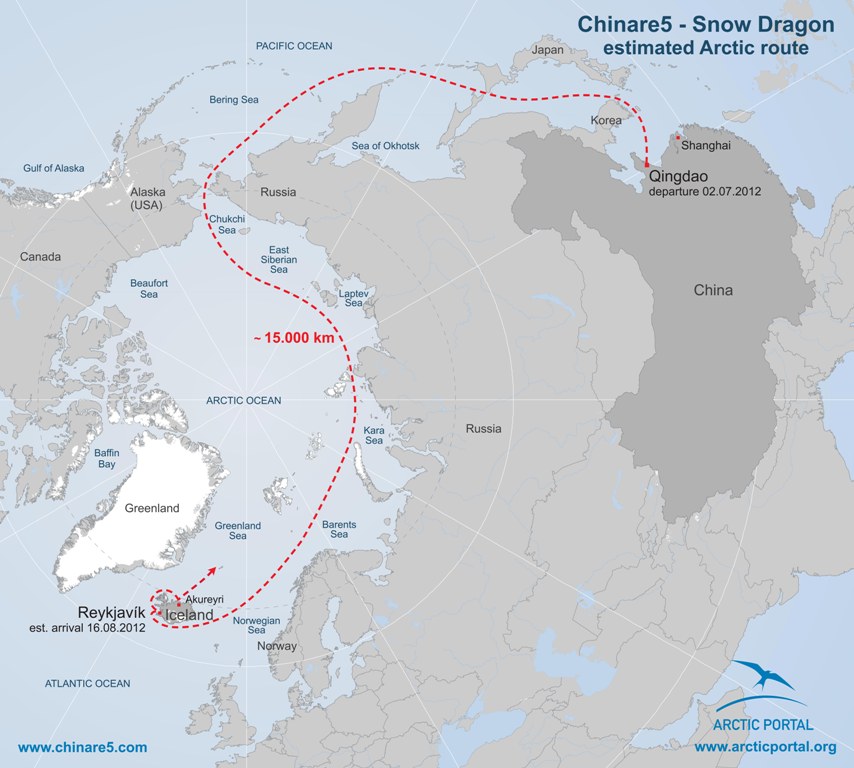 Furthermore it contains three operating boats and a helicopter for the transportation and research purposes in the Arctic and Antarctic regions.

China is now designing a new research icebreaker, to be launched in 2014. It will be equipped with the most advanced appliances for marine, polar and astronomical research. The icebreaker will be stronger then the Xuelong, able to sail through rougher ice conditions.

The scientists and staff on board the Snow Dragon work in several fields of research. The field work area is very broad and covers Bering Sea, Chukchi Sea, Chukchi Plateau, Canada Basin and the High sea of Norwegian Sea.

Several research points will be re-visited, from the other four Chinese National Arctic Research Expeditions. Most of them are located in the Bering Sea, the Chukchi area and the Canada basin.

However, the High Norwegian Sea will be explored by CHINARE for the first time. China is famous from their research stations in Ny Alesund and Svalbard. The opportunity to explore the Norwegian High Sea greatly contributes to the stations 'scientific research. 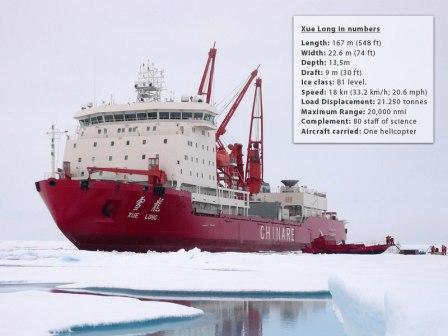 However, what is more important, during the expedition, the scientists try to study the impact of Arctic changes on Chinese climate and investigate the Arctic ecosystem response to global change.

Click here to read more about the research fields during the 5th Chinese Arctic expedition.

Please, be referred to CHINARE Portal to find out more about the expedition. To read more about the Arctic shipping, please access the Shipping Portlet and visit Interactive Mapping System.