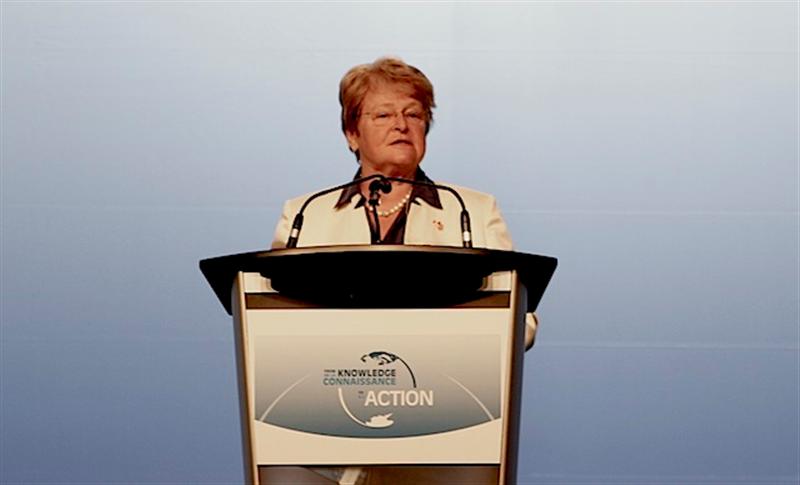 Under the auspices of International Polar Year, co – sponsored by the International Council for Science and the World Meteorological Organization, more than 3,000 scientists from all over the world came together during the IPY 2012 ´"From Knowledge to Action" Conference, to greatly contribute to this knowledge sharing and current Arctic problems solving initiative.

International Polar Year (IPY) was initiated as international cooperative research dynamism and first introduced in 1882-1883. Its main objective was and still is, to provide scientific information about the fundamentals of meteorology and geophysics as well as to enhance all people’s knowledge and awareness about Polar Regions and associated, ongoing changes in both, opposite poles.

The initial idea of international cooperative polar research came from an Austro-Hungarian explorer and naval officer Lt. Karl Weyprecht who was a scientist and co-commander of the Austro-Hungarian Polar Expedition of 1872-74. Many of the earth's unique phenomena, such as circulatory systems for air and water and the Earth's magnetic field lines reach the surface in the polar areas. In addition, thick glaciers have trapped air and water from ancient times, which makes it easiest to observe these phenomena near the poles. 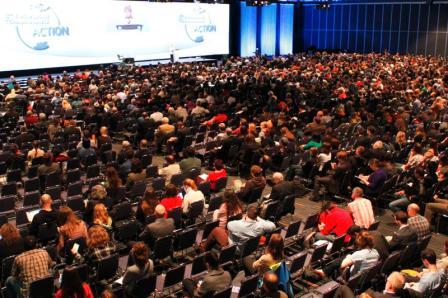 Weyprecht realised that a comprehensive polar research could not be a task of a one nation only, but should involve a coordinated international effort. He recognized that a time of mere geographical discovery had past and a series of coordinated expeditions dedicated to scientific research should be undertaken to further peoples understanding on fundamentals of meteorology and geophysics.

Unfortunately, he died before the international research became a reality, but his inspiration led to an establishment of the largest coordinated series of scientific expeditions ever undertaken in the Arctic during the 19th century, or to what is now known as the First International Polar Year.

The first IPY was announced between the years of 1881 – 1883, where eleven nations came together to establish fourteen principal research stations across the Polar Regions.

The Second IPY, which took place in 1932 – 1933, was both proposed and promoted by the International Meteorological Committee. The main objective of the second research initiative was to investigate the global implications of the newly discovered “Jet Stream” and to conduct magnetic, aurora and meteorological observations at a network of research stations in the Arctic and Antarctic. It gathered researchers from more than forty different countries and came out as a great success in terms of scientific contribution. 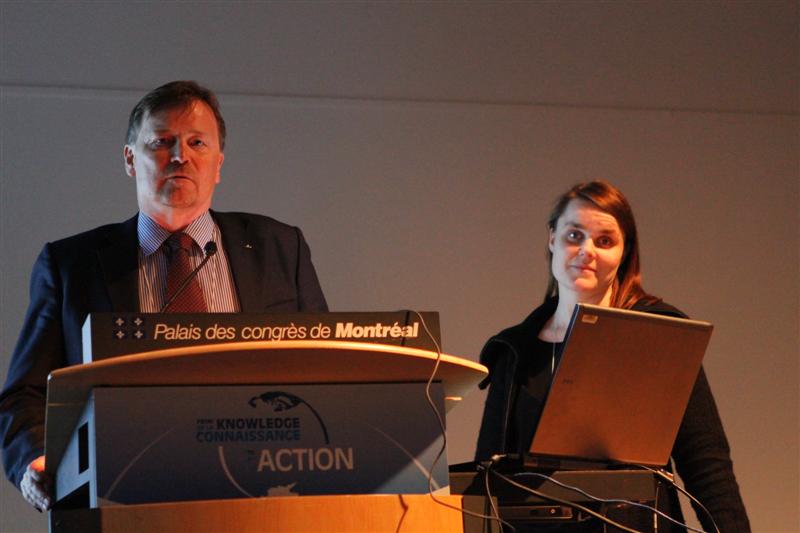 The third IPY was dedicated to the research on technology and science in the upper atmosphere and it was finally renamed to become International Geophysical Year (IGY).

The fourth IPY took place in 2007 - 2008 and happened to become the gigantic international scientific project with close to 10 000 scientists and 50 000 other participants from over 60 countries. The aim was to significantly increase the scientific knowledge and understanding of the polar areas and to conduct research projects beyond the resources of individual countries.

This year´s event took place in Montreal, Canada between 22nd and 27th of April. Main objective of the initiative was bringing the knowledge from former gatherings into action, as suggested by the conference’s theme. IPY 2012 drew attention of more than 3,000 international scientists to the Polar Regions, related ongoing challenges of globalization and climate change plus social and economical issues. Participants included Arctic and Antarctic researchers from all over the world and various fields of expertise such as policy and decision making, law, academia, industry and environment, representatives of non – governmental and non – profit organizations and circumpolar communities, including indigenous peoples from Russia and Northern Canada. 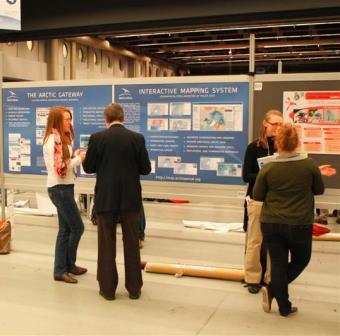 The conference welcomed speakers from various Arctic related disciplines, including experienced professionals, early career scientists and graduate students. They had a chance to perform during parallel sessions and feature presentations on the latest results from the natural, social, indigenous and health research.

Each day of the conference began with a keynote session and the plenary panel discussion. Matters generally touched on current environmental and political changes in the Polar Regions. They were addressed by experienced Polar officials from eight Arctic states and led to promotion of science based decision making process for the Polar Regions as well as cooperation and partnership with international industries, particularly focused on oil and gas exploitation. In addition, keynote sessions succeeded on bringing indigenous matters to the public awareness with the specific focus on environmental, health and social problems.

The integration of scientific research with the indigenous knowledge was the important aspect of this year´s conference. Representatives of the communities from Russia and Northern Canada shared the extensive intimate knowledge about the Arctic ecosystems in which they have lived for millennia. The deep understanding of the indigenous relationship with unique Arctic ecosystem, fate control, culture and spiritualism, greatly contributed to the holistic understanding of the Arctic.

The IPY 2012 invited participants for indigenous knowledge exchange panels as well as offered a space for action forums which brought up interactive discussions on current issues facing the Polar Regions. Discussions combined the knowledge from various disciplines and sectors including industry, policy, civil society, academics and indigenous representatives. 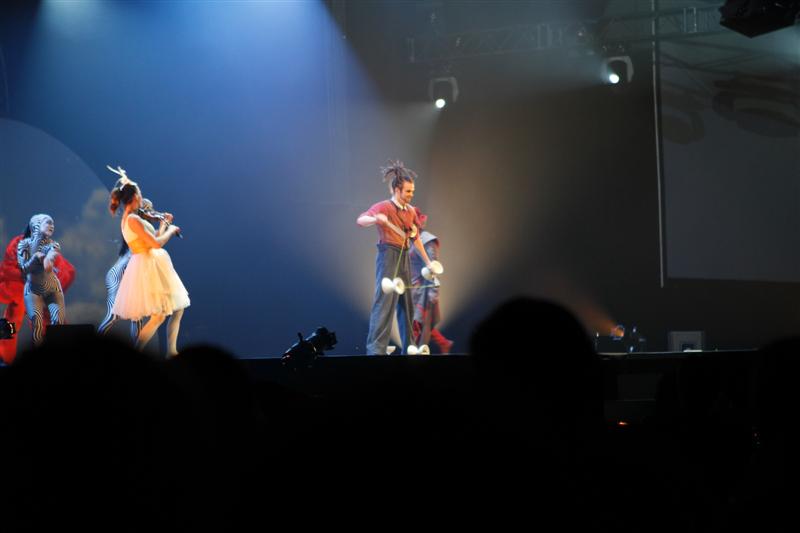 Verity of workshops was available to all participants, concentrating on introducing science to policy makers and vice versa. Implementing current scientific knowledge and adjusting to ongoing changes was the main objective for the workshops organizers. Stimulating talks from Arctic Community members encouraged academics from educational institutions to try new spectrum of activities, experiments and lessons that would be possible to be adapted in their own classrooms. Association of Polar Early Career Scientists held the workshop on career development during the first two days of IPY 2012.

Conference delegates had a chance to complement their active participation in the sessions with a number of different tours, including technical and cultural tours, which were being offered through the whole week and were organized by local, polar – related facilities such as Canadian Space Agency, Ouranos Climate Change Research Consortium, Effigis, and Canadian Meteorological Center. Participants could visit the old port in Montreal, where CCGS Amundsen research icebreaker is currently based and opened for public visitors. 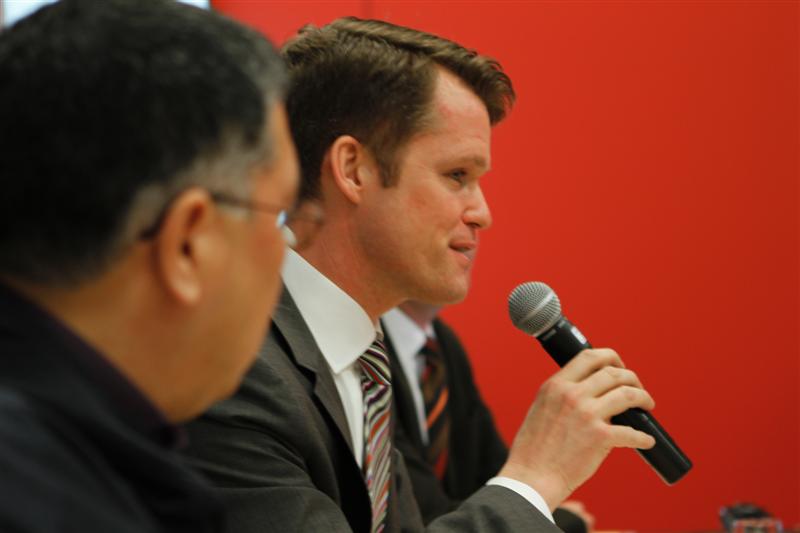 The experience of Inuit culture could be accomplished at the Avataq Museum Reserve, where the collection of close to 2000 Inuit works is placed. McCord Museum, which since 1967 has been promoting the works of artistes from Nunavik in Northern Quebec, presented the Modern Inuit Exhibition.

The IPY 2012 ´´From Knowledge to Action´´ was one of these year´s most important scientific gatherings for polar science and governance, climate change impacts and adaptation. More than 3,000 participants attended the conference which was more that pre - registered.

Please, visit our online gallery to see more pictures from IPY 2012 "From Knowledge to Action".