From remote island to Self-Government - Greenland’s journey towards independence 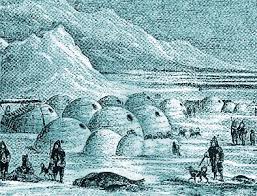 Through the times, the island today called Greenland has hosted many different peoples over varying periods. It has been estimated that first peoples came to the remote North-Atlantic island around 2500 BC and that the ancestors of the contemporary Inuit populations came from Alaska, Siberia and Canada, the Arctic thus having one Inuit population over a vast area of northern hemisphere.

First Norse settlers came to Greenland around the same time as Iceland was settled or around 1000 AD. These peoples vanished 400 -500 years later and it was not before early 18th century that the Norse settlers came again. This time the Danish established a colonial relationship with the island. This relationship has in part remained to this date.

Despite the colonial relationship with Denmark from the early 18th century, Greenland remained somewhat isolated until the beginning of the World War II. The Germans occupied Denmark in 1940 making new arraignments concerning Greenland possible. In 1941, an agreement with the US was signed placing Greenland under the protection of the US troops. Following this agreement, the US Air Force established an air base in Thule in 1951 and has remained there since. 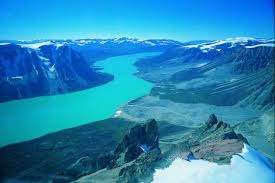 During the decolonization period following the World War II Greenland’s colonial status was abolished and the island was integrated into the Danish Kingdom in 1953.

In 1 May 1979 following a referendum in Greenland, a Greenlandic Home Rule, an autonomous entity, was created granting Greenlanders own parliamentary organ as well as government. The Home Rule government gained jurisdiction in a series of important fields, such as internal administration, taxes, religious matters, fishing, hunting and agricultural affairs. Also social welfare, labour market affairs, education and cultural affairs, health service, housing and area protection were moved under internal administration of Greenlanders.

Greenland had joined the ECC (today EU) originally as a part of Denmark in 1973, but opted out from the agreement in 1985 obtaining thus a status as an Oversees country and territory (OCT) with special arraignments regarding its unique circumstances within the ECC. The new agreement with the ECC included among other things fisheries agreement allowing ECC quota in Greenlandic waters in turn of compensation. Greenland gained also territorial allocation from the European Development Fund instead of getting support from the ECC budget.

In 2005, Danish Parliament issued an Authorization Act, which granted Greenland a right to enter into international agreements in the areas that were under the jurisdiction of the Greenlandic Home Rule. This Act was a first step of what will become Self-Government on Sunday, 21 June 2009.

In 2004 a Danish-Greenlandic Commission was established to evaluate whether the Greenlandic authorities could assume further powers and to make proposals how it could be done. The Commission concluded its work in April 2008 and a non-binding referendum on Greenland's autonomy was held on 25 November 2008. 75% of the Greenlandic people voted in favor of further autonomy and it was decide that a Greenlandic Self-Government would be established in June 21, 2009.

The Greenland Self-Government Agreement reaffirms in most parts the practice that has been established and evolved during the years of the Home Rule. Some new areas of administration are however established in the new agreement.

Greenlandic will be the only official language in Greenland after June 21. To date, both Danish and Greenlandic have had an equal status in both education and administration.

Further, when Danish Government bills cover matters that affect also Greenland, the Self-Government must be consulted before the bill is presented to the Danish Folketing. During the Home Rule, the law provided such an opportunity, but the consultation was not obligatory, as it will be under the Self-Government.

Under the Self-Government, Greenland will become a subject under international law in matters that are within its jurisdiction. This

means that Greenland can enter into agreements and establish bilateral and multilateral relationships with other states. In addition, Greenlandic government, Landsstyre, will be taken increasingly into consideration in foreign policy matters under the central authorities of the Danish Realm.

With the new Self-Government agreement, Greenland will take very important step towards becoming an independent state. However, the agreement allows Greenlandic people to decide themselves whether they will seek independency and when it should be done if ever. The agreement assures that the contemporary foundation of the society, built with Danish funding and assistance, will not be jeopardized, but Greenland will be given an opportunity to slowly mature and become the kind of society that Greenlanders themselves aspire.