Fishing within the North East Atlantic has been a significant economic resource as well as a practice that has become rooted in the culture of fishing nations utilizing the resource. In the Icelandic sagas, the fish was considered to be a gift from the gods and free for all who sought it (Jón Þ. Þór, 2006). This has however changed in Iceland as well as the world in whole. 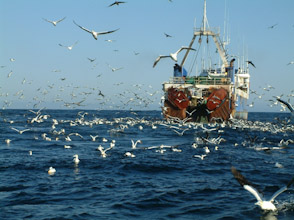 Technological advancements have multiplied the possible catch of each vessel and the world's population growth has increased the demand for fish significantly. Legal issues in connection with maritime boundaries and rights to fisheries both in countries' economic zones as well as international waters have mostly been settled under the UNCLOS. The realisation that stocks would have to be managed to yield a maximum return has lead to the establishment of fisheries management schemes the world over, both within countries' Exclusive Economic Zones (EEZ) and multilateral cooperation's in connection to the high seas and migratory stocks.

Despite measures taken, the somewhat dire situation of the world's fisheries has become increasingly apparent, which can mostly be contributed to overfishing and the effect global warming has on the worlds fish stocks (FAO 2009). These findings, call for evaluation and further examinations of both the regulatory framework in place as well as the existing management schemes and cooperation's.

Climate change and predicted fluctuations in fish stocks have been a constant through the earths history, the rapid change now and in the foreseeable future is however unprecedented (UNDP 2007). Climate change is increasing the world's temperature and one of the consequences is the migration of fish stocks towards the two poles to cooler water's. For stocks already residing in cooler waters this may have a severe affect and recent studies indicate that the Atlantic cod stock may be significantly challenged. The warming will lead to a loss of habitat by the Cod in its more southern range and reduce survival during early life and offset growth. This is estimated to result in a decline of the Atlantic Cod stock by as much as 50% by 2050, and cause it to migrate further North (Cheung et al 2009).

Fish and fisheries are extremely important to the Arctic region as its waters are often considered to be one of the richest fishing grounds in the world. Despite the drastic effects the significant fluctuations or collapse of the stock would have on the northern hemisphere its counterparts in the south would be considerably more vulnerable. Nations within Africa, who many of them are among the least developed nations in the world, generally have a less diversified economy and fewer means to deal with such change. In a global context fisheries are a significant part of the worlds nutritional intake, with at least 20% of the worlds annual consumption of dietary protein (Fao, 2007 (Allison et al 2009).

Due to negative reports of the state of the fisheries globally, international and regional bodies are starting to react. One of the most commonly criticised fishery policies or organization is the European Union, which has recently addressed the issue of over fishing within its chambers. At the end of May 2009 European fisheries ministers concluded in a meeting to effectively scrap current rules that decide fishing quotas. Given this conclusion the European Union has decided to draw up a new common fisheries policy before 2012. 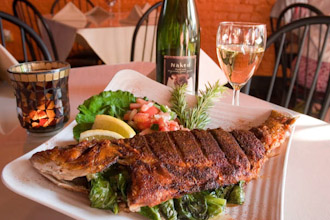 It will be interesting to see if the new fishing policy will be adequate to deal with E.U problems in connection to fishing as 80% of E.U fishing grounds are estimated to be overfished (BBC News, 2009). Similarly it will be interesting to sea how regional bodies like the North East Atlantic Fisheries Committee (NEAFC) will be able to manage changes in migratory patterns of stocks.
The position as it is portrayed by many of the leading specialist's and organizations on a global scale will demand for close cooperation and some difficult decisions so world fishing can become sustainable within the changing environment at hand.

Illegal and unregulated fishing also continues to be an important issue. It's value has been estimated being between $4bn and $9bn. It also presents a further danger to species, which are allready under threat of being overfished. Some interesting videos on the matter can be seen by following the links bellow: