Unique Arctic habitats for flora and fauna, including sea ice, tundra, lakes, and peatlands have been disappearing over recent decades, and some characteristic Arctic species have shown a decline. The changes in Arctic Biodiversity have global repercussions and are further creating challenges for people living in the Arctic.

The above statements are examples on the key findings describing changes in Arctic biodiversity that is presented in 'The Arctic Biodiversity Trends – 2010: Selected Indicators of Change', a new report synthesizing scientific findings on the status and trends for selected biodiversity in the Arctic issued by the Conservation of Arctic Flora and Fauna (CAFF) Working Group under the Arctic Council.
A constant issue noted as critical is the need for Arctic wide monitoring programmes. CAFFs Circumpolar Biodiversity Monitoring Programme (CBMP – www.cbmp.is) has developed the first arctic wide marine ecosystem monitoring programme which has been endorsed by the Arctic Council. This plan is now starting to be implemented will help short the gap between the collection and analysis of data to its availability to decision makers. 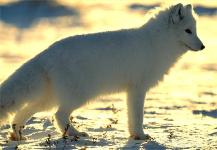 The Arctic Biodiversity Trends 2010 Report, produced by some of the world's leading experts of Arctic ecosystems and biodiversity, was the Arctic Council's contribution to the United Nations International Year of Biodiversity in 2010.

In 2008, the United Nations Environment Program passed a resolution expressing 'extreme concern' over the impacts of climate change on Arctic indigenous peoples, other communities, and biodiversity. It highlighted the potentially significant consequences of changes in the Arctic. The Arctic Biodiversity Trends – 2010: Selected Indicators of Change report indicates that some of those anticipated impacts on Arctic biodiversity are already occurring.

The report is based on twenty-two indicators and provides a snapshot of the trends being observed in Arctic biodiversity today. The polar bear is one of the most well-known species impacted by changes in the Arctic, but it is not the only one. The indicators show that the Arctic has changed dramatically during recent decades and that unique Arctic habitats for flora and fauna are disappearing. Furthermore, some species of importance to Arctic people or species of global attention are declining.

The report presents a broad spectrum of changes in the Arctic ecosystems and biodiversity. 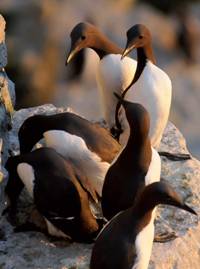 Depending on the magnitude of these and other changes, certain ecosystems may no longer be considered 'Arctic'. The result may be that many of the species thriving in the Arctic today are not able to survive there in the future.

A key finding in the Report is that climate change is emerging as the most far-reaching and significant stressor on Arctic biodiversity, though contaminants, habitat change, industrial development, and unsustainable harvest levels continue to have impacts.

The importance of Arctic ecosystems for biodiversity is immense and therefore a more thorough examination of the state of affairs is needed. Thus, leading Arctic scientists are currently engaged in making a full and comprehensive Arctic Biodiversity Assessment, which is will be completed in 2013.

A primary challenge is to shorten the gap between when data is collected to when it has been processed and presented to decision makers to allow for a quicker response time. CAFF has recognised this challenge and in recent years worked towards developing a solution.

This approach has focused on not just developing traditional assessments but also addressing the creation of a framework to allow for the collection, processing and analysis of data on a continuous basis – the CBMP. The aim being through the ABA not to produce a traditional one off static assessment but rather to create a baseline of current knowledge and at the same time developing the engine which will feed data into this baseline allowing it to become a dynamic living tool. One which is sustainable and can produce regular and more flexible assessments and analyses.