Iceland has decided to support Canada and Norway in the case against the EU trade ban on seal products. This was decided on a meeting on dispute settlement on the 25th of March. It was also decided on the meeting that Iceland will join the case as a third party member agains the EU trade ban.
Iceland is one of six countries where seal hunting is still practiced. The others are Canada, Norway and Russia, which are not EU members states; Greenland, which is a Danish region but has autonomy in its domestic affairs; and Namibia in southern Africa.

This decision of Iceland is in harmony with previous statements of the country. The ban, which was adopted by the EU Council on 27th of July 2009 and came into effect on the 20th August 2010 was also opposed by the Icelandic goverment in april 2009, where the minister of Fisheries- and agriculture sent a letter to the EU Directorate-General for Maritime Affairs and Fisheries. Worries about impending legislation where mentioned along with other reasons opposing the trade ban. The Icelandic minister for fisheries had also declered his support about the case at the 15th North Atlantic Fisheries Ministers Conference, which was held in Canada in july 2010. 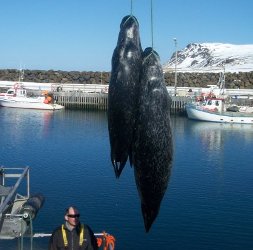 Iceland´s opposition is also shown in the NAMMCO statement on EU import ban on seal products. There, the bans is seen as contrary to international principles for conservation and sustainable management. Along with Iceland, the Faroe Islands, Greenland, and Norway, as well as observer nations to NAMMCO, Canada, the Russian Federation and Japan, reiterated their serious concerns about the EU ban on the import of seal products into the European Union.

In the NAMMCO statement it is mentioned that the trade ban ignores and undermines the internationally recognized principles on which conservation and management of marine resources in the North Atlantic are firmly based. It has serious and detrimental consequences for the economies of the many communities dependent on abundant seal stocks across the North Atlantic. Therefore the incorporation of the ban into European Union legislation is said to be a huge step backwards for sustainable development and international trade.

It is further statet that the nations cooperating through NAMMCO are committed to promoting the principle of sustainable development in all areas of cooperation in the region, including the sustainable use of seals. Such cooperation is based on mutual respect and recognition of the rights of all peoples to use their resources responsibly and sustainably for their economic development, including the right to benefit from international trade. 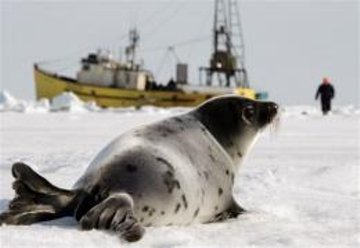 It is finalized in the NAMMCO statemant that conservation and management of all living marine resources should be science-based and should take account of the marine ecosystems and the interrelation between species, stocks and habitats in which fishing and hunting activities occur.
Canada appealed to the European Union the trade ban on seal products to the World Trade Organization. Canadian Fisheries Minister, Gail Shea, has stated that she does not believe the government's fight for seal hunters will damage other industries that employ more people. Fisheries minister has mentioned that other Canadian industries might be damaged if the country does not take a stand on what she insists is a matter of principle and needs to be ruled on facts, not emotions. A decision from the WTO could take a year or more.
The EU trade ban on seal productus has affected Canada's Inuit community. Despite the fact that the Inuit are exempt from the ban, they no longer have a market for sealskins; a by-product of their subsistence hunt.

A documentary has been made that brings together commentary from Inuit hunters, community leaders and an emotional testimonial from local people.

The Icelandic Ministry of Fisheries and Agriculture

Eye on the Arctic