Dinosaures in the Arctic 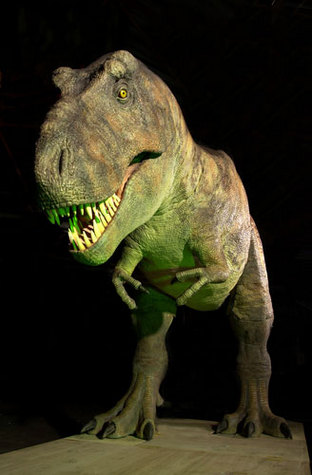 It may come as a suprize to many that dinosaurs are known to have lived in the high north. Paleontologists have over the years found remains in Canada’s and Alaska’s Arctic regions establishing that the region once had a Jurassic era. And possibly challenging existing theories claiming that dinosaurs died out due to a meteorite causing darkness witch led to the dinosaurs demise.

Alaska’s North Slope was home to eight types of dinosaurs during the period they lived there, from 75 million to 70 million years ago, say paleontologists including UAF’s Roland Gangloff and Tony Fiorillo of The Dallas Museum of Natural History. Four of the dinosaurs ate plants, and four others ate the plant eaters and other creatures, Fiorillo wrote in a recent Scientific American article. The most common far-north dinosaur was the duck-billed Edmontosaurus, a plant-eating hadrosaur that weighed between 3,000 and 4,000 pounds.

How could these cold-blooded creatures have survived on Alaska’s North Slope? As I type this in early February, it’s -20 F at the weather station closest to the fossil beds on the Colville River. By examining fossil pollen, leaves, and wood, scientists have found that northern Alaska was a much warmer place at the time of the dinosaurs, possibly with average annual temperatures well above freezing, Fiorillo wrote. 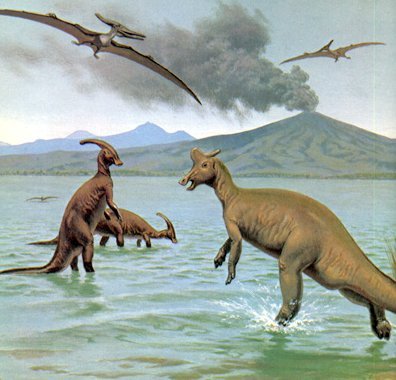 Even though northern Alaska was warmer then, it was still probably cold enough for occasional snow and was farther north than it is today, so the sun didn’t rise for weeks in midwinter. Today, the North Slope’s grizzly bears are tucked away in hillside dens, but it’s tough to picture a 35-foot hadrosaur hibernating, Fiorillo wrote. Dinosaurs may have dialed down their metabolism to require less food, and some researchers have suggested they might have migrated south during the deep dark of midwinter. To check the migration hypothesis, Fiorillo and Gangloff compared bone length and body masses of hadrosaurs to the north’s master of migration, the caribou. They decided that juvenile hadrosaurs were relatively much smaller than juvenile caribou, and that it was unlikely the hadrosaurs migrated.

If dinosaurs remained on the North Slope during the winter, biologists expect their bodies would show some adaptations to darkness. Numerous scattered teeth of the meat-eating Troodon found in Alaska suggest it was a common dinosaur, and one of Troodon’s main characteristics was a set of very large eyes, possibly an adaptation to low light.