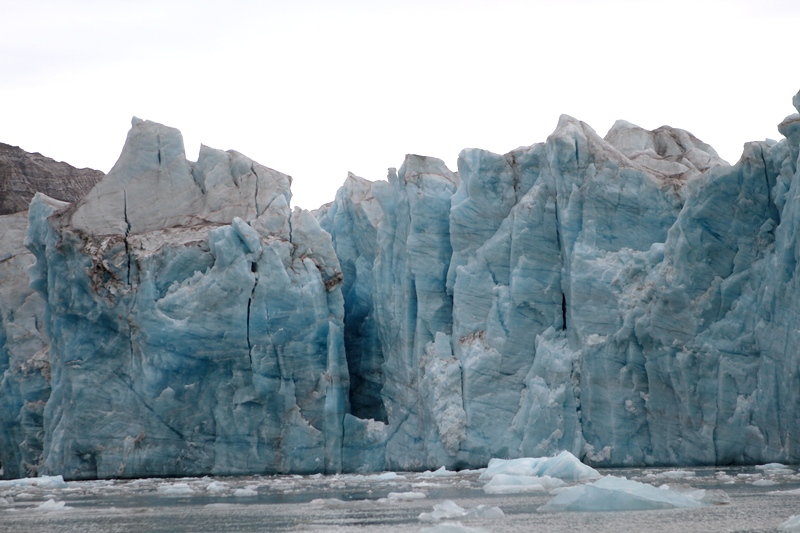 A new report of current rates of changes of land ice in the Arctic and North-Atlantic region has been released. It shows that the Greenlandic glacier shrinks by 200 square kilometers every year.

Helgi Björnsson, a glaciologist at the University of Iceland, says that the Greenlandic glacier is melting rapidly, at twice the rate in the last 10-20 years. The glacier tongue is also stretching further out in the ocean than ever.

The report states that the world oceans are rising of 3,3 mm every year, and almost 1/5 of that is because of the Greenlandic glacier. Only 20 years ago it was 2 mm less per year.
The report included research on ice in Greenland, Iceland, Svalbard and Scandinavia.

The report is available here, in the Arctic Portal Library.

This is the first Interim report of current rates of changes of land ice in the Arctic and North-Atlantic region from the Nordic Centre of Excellence 'Stability and Variations of Arctic.

Land Ice' (SVALI). SVALI is one of three Nordic Centres of Excellence within the Nordic Top Research Initiative sub-programme 'Interaction between Climate Change and the Cryosphere'. The report (Deliverable D.1.1-7 in the project) is written by the partners in Theme 1 "Observing the present – baseline and changes".

The report is a step towards answering one of the key questions to be addressed within SVALI: How fast is land-ice volume in the Arctic and North-Atlantic area changing?

The report is available here, in the Arctic Portal Library.