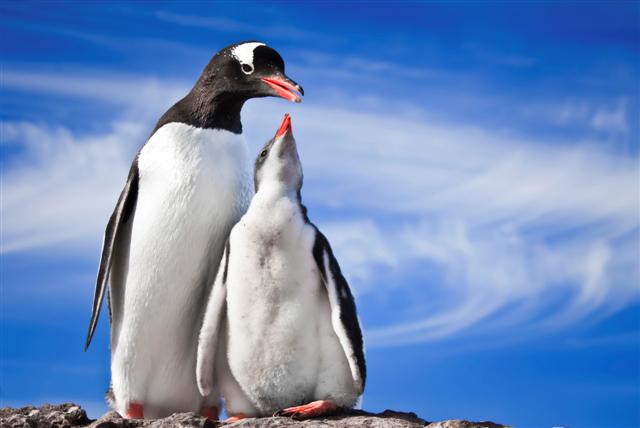 Argentinian scientists have discovered the largest penguin ever. Paleontologists from the Natural Sciences Museum of La Plata province in Argentina announced this week that they have discovered fossils of 2 meter tall (6 1/2-foot) penguins in Antarctica.

The extinct species were alive 34 million years ago, when Antarctica was developing ice sheets, and transitioning from the cooler Eocene epoch to the warmer Miocene.

"This is the largest penguin known to date in terms of height and body mass," Researcher Carolina Acosta told Agence France-Presse. The Emperor holds the modern-day record at 4 feet.

Lead researcher Marcelo Reguero says their discovery will "allow for a more intensive and complex study of the ancestors of modern penguins."

The researchers will return during Antarctica's summer to continue to search for more artifacts of the species, in hopes of gaining more insight into the birds' physiology.
Source:
Globe and Mail