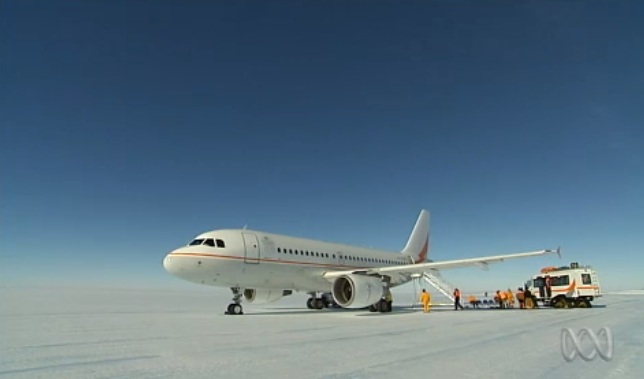 The Australian runway on Antarctica is melting fast. The melting is causing problems in transport and there will be no flights from Australia to January.

Australia will seek help from China with transport if needed.

It is possible that a new airstrip of gravel will be made in the future.

The $46 million Antarctic air link opened four years ago with the expectation of 20 flights to the Wilkins runway near Casey Station each season.

Australian Antarctic Division chief Tony Fleming says that safety issues are very strict. "Once it gets to above minus five degrees in the ice, then there are safety parameters which mean we can't [land] aircraft on that. Some way down in the ice, if it becomes above that temperature, we can't guarantee the structural integrity of the surface."

The Wilkins runway is used to get vital equipment, medical supplies, people and food to the continent.

See also:
Video about the story