Bear and her cub came to close 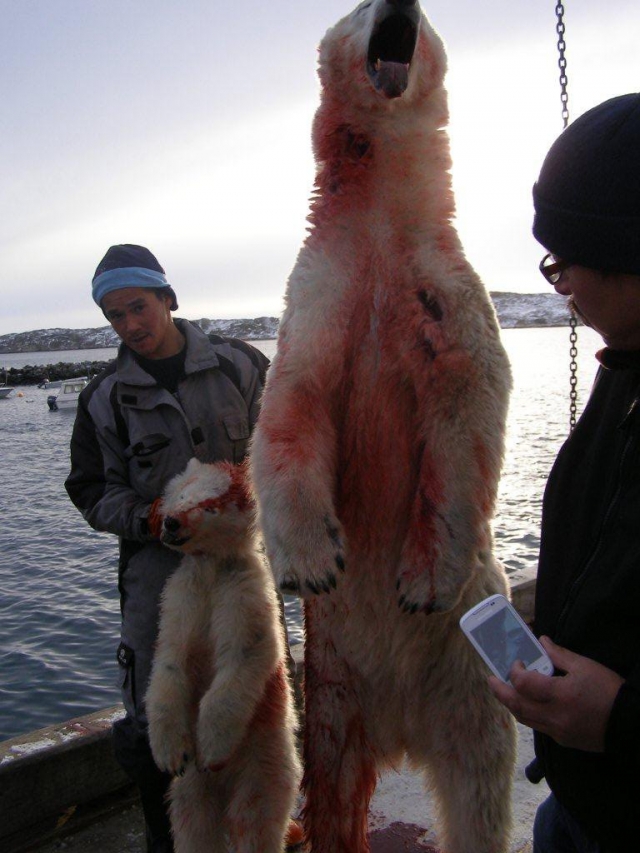 A polar bear and a cub were shot in the town of Kangaatsiaq in Greenland yesterday. The pair had been circling the town for a few days.

The people had tried to drive them away but when they came close to the town they saw no other option but to shoot.

The mother had been swimming in the fjord with her cub on the back, like this video shows.

After the pair went in the town shots were fired in the air but unfortunately that did not scare them away.

"We had to shoot them both. The cub would not have survived without his mother," Peter Løvstrøm from the department of hunting and fishing in Greenland said.

"The meat will be distributed to the community's institutions but the skin and everything else will be analyzed by the government," Løvstrøm said. Those means are typical for such circumstances.