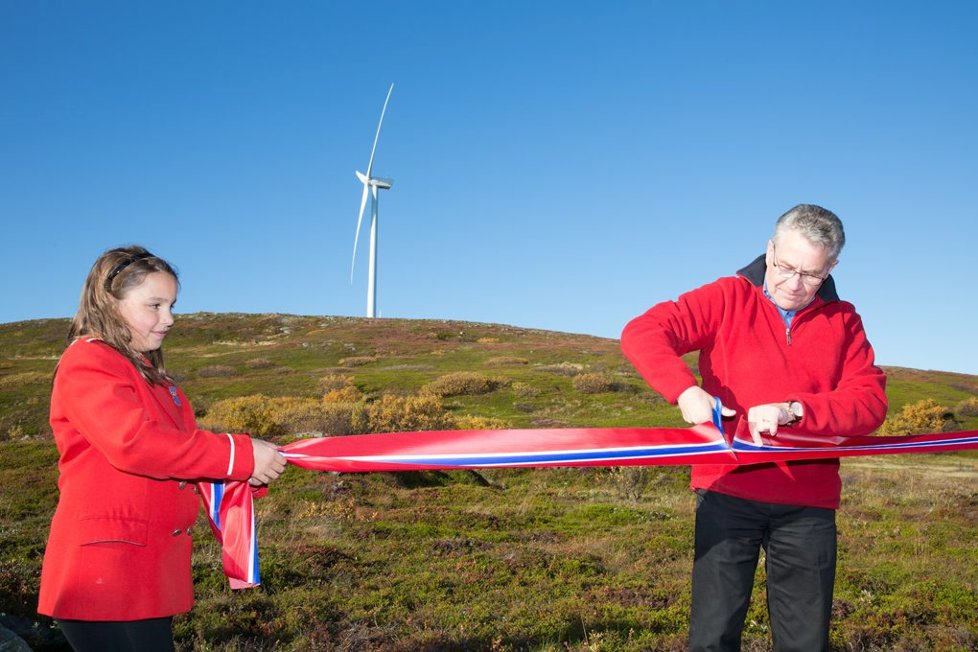 One of the biggest wind parks inside the Arctic Circle was opened yesterday in Northern Norway. It is located in Vannøya, near Tromsø. The park can produce energy for around 7000 households.

The wind park can produce around 138 GWh per year. It includes 18 wind power generators and a new 34 km long power line. The project was produced by the company Troms Kraft.

The mills are 125m high and have taken 10 years to build.

„Today is a historical day, not only for Troms Kraft but for the owners, Karlsoy and the whole region, company director Anna Maria Aursund said at the opening ceremony on Tuesday. The cost is around 750 million NOK (€100 million).

Troms Kraft also plans to extend the wind park with offshore turbines placed in the nearby waters.

Several wind projects are on the drawing board in neighboring countries Sweden and Finland, including a megaproject in Sweden which will be one of the biggest on-shore wind power parks in all of Europe.