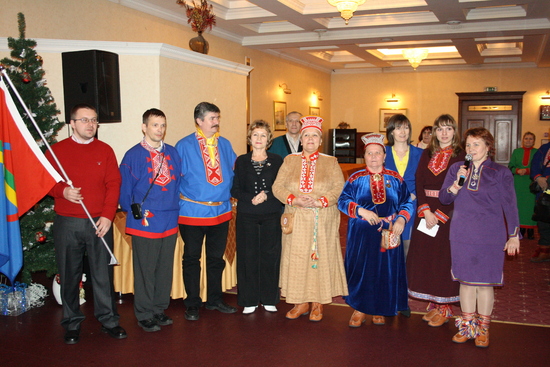 Barents Observer / Barents Indigenous Peoples' Office - The Russian Saami in Kola peninsula have founded a first democratically elected representative organ by establishing the Saami Parliament of Murmansk Oblast or Kuelnegk Soamet Sobbar, as the Parliament is called in original language.

The Kola peninsula Parliament, which is one of now four Saami Parliaments, was established on December 12th 2010 by the 2nd Congress of the Saami people of Murmansk Oblast, which has until now been the main representative organ of the some 2,000 Saami people living on the Kola Peninsula in Russia. The new parliament will have 9 representatives elected by delegates representing Saami communities in Murmansk Oblast and will be chaired by Valentina V. Sovkina.