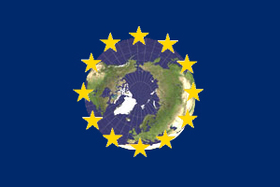 EU-ARCTIC-Forum will be hosting a debate with Arctic Stakeholders on the European Parliaments Report "A Sustainable EU policy for the High North" on 8. December 2010 in Brussels.

Birgit Schnieber-Jastram, Chair of the EU-ARCTIC-Forum will host the meeting with the rapporteur Michael Gahler MEP and the shadow rapporteurs Anneli Jäätteenmäki MEP, Liisa Jaakonsaari MEP, Indrek Tarand MEP and Konrad Szymanski MEP before the December 9 vote of the Report in the Committee on Foreign Affairs.

With the debate the EU-ARCTIC-Forum in the European Parliament wants to ensure a proper involvement of stakeholders facilitating thus well informed discourse in Brussels on Energy, Environment and Climate Change, Resources, World Trade Routes, Security, Sustainable Development etc, that are important subjects in the Arctic context.

Those who want to participate and do not have an access badge to the EP yet, please send your details for registration (name, surname, date of birth, address) asap to Michael Gahler MEP. (michael.gahler(at)europarl.europa.eu)

in the European Parliament in Brussels.

Overall the Draft Report seems to be well perceived, both in the EU and in the Arctic. Thus there is justified hope that the Report will not only contribute to outline the EU's Arctic policy, but also to contribute to confidence building with the Arctic stakeholders.The Draft Report undertakes to asses the existing legal and political framework in the Arctic as well as to establish a clear set of priorities of the European Union with regard to the Arctic. In the last part the Report is formulating suggestions and request to the European Commission and the Council and offering close cooperation to the Arctic states and stakeholders.

The Draft Report is clearly stating that the Arctic Region is not a legal vacuum, but has a developed set of rules which nevertheless need to be further developed due to changing circumstances.

Main priorities of the EU in the Arctic set out are:

With regard to a sustainable socio-economic development the Eco-System based management approach as applied in the Barents today is recognised.The Report makes a clear statement as to the responsibility of the EU as one of the main contributors to pollution and climate change.

In its conclusion the Report requests the Commission to set up a permanent Inter service on the Arctic and likewise in the future EEAS.
Requests and suggestions are made as to a new circumpolar co-funding and co-programming research programme.
Finally the importance of EU engagement in the further development of Northern Sea Routes is highlighted and suggestions as to the Galileo project are made.

After an intense period of organised hearings, meetings and preparations on Tuesday, 9. November, the Draft of the European Parliaments Report on "A sustainable EU Policy for the High North" was presented and debated by the Parliaments Rapporteur Michael Gahler MEP.

About the EU-ARCTIC-Forum in the European Parliament

The EU-Arctic-Forum was constructed to provide the European Institutions with a cross-party platform to foster a better understanding of changes in the Arctic Region and its implication for Europeans citizens politics and businesses, to facilitate a well informed and balanced debate, as well as to bolster the development of a coherent European Policy with regard to the Arctic Region.

The EU-ARCTIC-Forum is the European Parliament's platform working on all Issues with regard to the Arctic, providing not only for exchange and input of information but to interlink the so far too often fragmented debates on the Arctic.

The EU-ARCTIC-Forum is involving a number of MEP's from all major political groups and several committees, Delegations and Intergroup's such as the Committees on Foreign Affairs, Environment, Transport, Industry, Research and Energy, Development and Transport.

Thus the EU-ARCTIC-Forum works as the European Parliaments platform interlinking all issues regarding the Arctic Region.

It invites on a regular basis speakers from the scientific community, business, NGOs, and international institutions in the format of breakfast briefings, seminars or dinner speeches.

Future Meetings are already organized and interest to participate was already expressed by several Commissioners and other High Officials, Foreign Ministers and Ambassadors of several Arctic States, as well as high profile leaders of the international or European Institutions such as the European Environmental Agency, the International Maritime Organisation and the Nordic Council of Ministers, but also from Civil society, NGO' s and the energy, fishing and shipping industry as well by leading academics in the field.

In light of the ambition to stimulate and contribute to an informed debate, we call for contributions to the EU-ARCTIC-Newsletter by all interested participants and readers. We want to invite you to share your insights and opinions with the politicians, experts and stakeholders whose work will be addressed by this newsletter.

The editor of the EU-Arctic-Newsletter and the organizers of the EU-ARCTIC-Forum look forward to your valuable comments and contributions and would like to draw your attention in particular to the forthcoming activities on the European Parliaments Report on "A sustainable EU Policy for the High North" in November and December in Brussels!