Blackbirds "rained down" in Iceland! 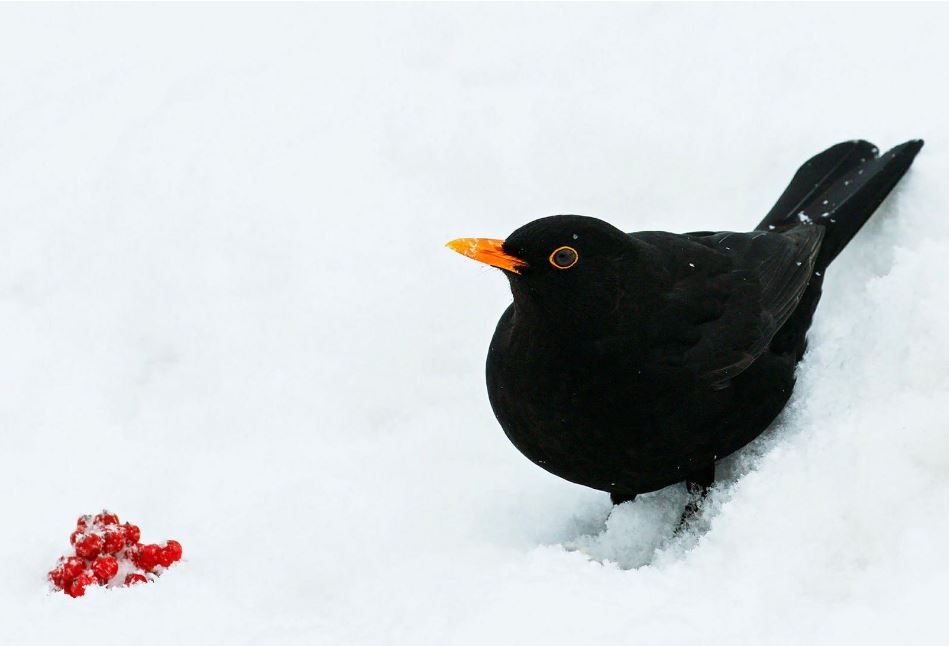 Due to unseasonably strong warm winds many migratory birds got lost on their way from Western Europe to the British Isles or to southern Scandinavia and were in stead blown off their course by the strong and warm wind all the way up to Northeastern Iceland, months earlier than normally.

Blackbirds literally "rained down" in the north and east of Iceland. The Nature Center in Northeast Iceland in the town of Húsavík reported almost 1,450 birds in their area alone last week. Reports about recent arrivals of blackbirds reach from Miðfjörður by Hrútafjörður all the way east to Seyðisfjörður,  according to Yann Kolbeinsson a biologist at the Natural History Museum. However, the warmth was short-lived and winter came again mid week with heavy snowfall.

The cold and snow has made it very difficult for the stranded and bewildered birds to survive. Natures adaptabilty is strong, thus birds have been seeking shelter and support from the locals flocking to farms and into the communities were many have served delicatessens to them. It is warm again on the island this week so we hope most of them will manage to survive the ordeal of too early arrival, and do as many of us humans -  hope for an early and healthy summer!