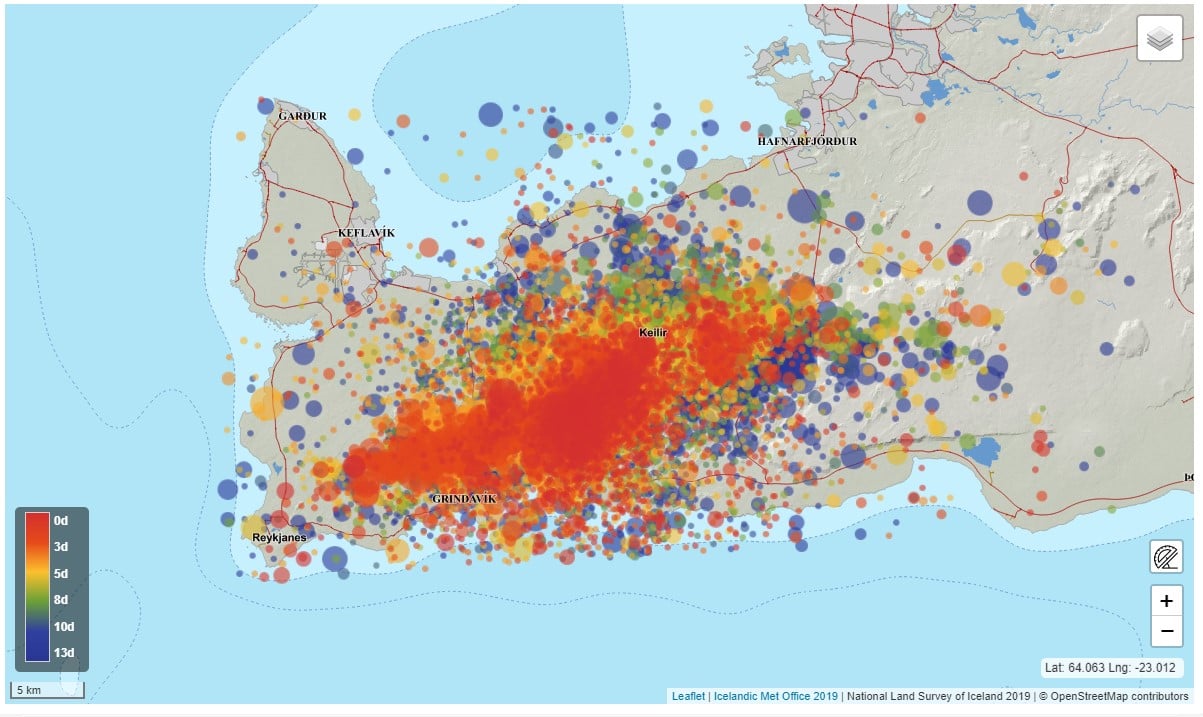 Satellite images from last night indicate strongly that magma is rising gradually to the surface and the pressure is increasing. Based on this information and the constant seismic activity an volcanic eruption is increasingly likely according to the Icelandic Met office spokesperson, Kristín Jónsdóttir.

For the past two weeks earth has been shaken almost constantly by Reykjavík and towards the Keflavík International airport in Iceland with over 34.000 recorded earthquakes, many of which are strong enough to create concern by the inhabitants. Considerable activity has been recorded in the last hours with the strongest measuring at 5.1 richter waking the inhabitants up at 3.14! Many have had sleepless nights lately.

According to the Icelandic Met Office www.vedur.is, which monitors the seismic activity, this is more earthquakes than were measured in the area throughout the whole year 2020, even though 2020 was characterized by unusually high earthquake activity. In comparison, there were 3.400 earthquakes in 2019 on the Reykjanesskagi peninsula and looking back to the years 2018-2014, the number of earthquakes was between 1.000-3.000 per year.

The Met office has issued this incredible and artistic picture illustrating the activity in the past 13 days.