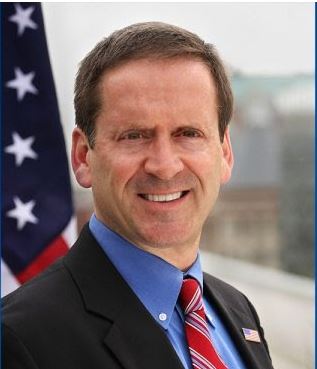 “Mark’s experience and accomplishments have prepared him well to be the next leader of the Wilson Center,” said Wilson Board Chair Governor Bill Haslam. “He understands Washington, has had deep involvement in representing the United States around the world, and grasps the challenge in translating policy into action. The board is excited to introduce Mark Green as our new leader.”

“While it is difficult to leave the great team at the McCain Institute and the work it’s doing to apply ‘character-driven leadership’ to a range of important challenges, I am excited about the opportunity to join the Wilson Center and to build on the great work of Jane Harman and its world-renowned scholars,” said Green.

Green also served in top roles at the International Republican Institute, the Initiative for Global Development, and at the U.S. Global Leadership Coalition. He was the U.S. ambassador to Tanzania from 2007 to 2009. Green served four terms in the U.S. House of Representatives for Wisconsin’s 8th District.

“I’m pleased to learn the Wilson Center’s board of directors has recommended Ambassador Mark Green to serve as the next president and CEO. Ambassador Green brings a wealth of diverse experience to this role at a time when we face a multitude of global challenges that require creative thinking, strong leadership, and bi-partisan policy engagement,” said U.S. Senator Jim Risch (R-ID), chairman of the Senate Foreign Relations Committee.

“I am excited to learn my friend Mark Green is assuming responsibilities as the Director, President, and CEO of the Wilson Center,” said U.S. Senator Chris Coons (D-DE). “Mark brings years of knowledge and experience as a Member of Congress, Ambassador, and USAID Administrator to this important role. With so many pressing challenges facing the United States, I look forward to working with him to enhance the Wilson Center’s reputation as one of the leading authorities on U.S. foreign policy and national security.”

He succeeds former Congresswoman Jane Harman (D-CA), who announced last July she was stepping down on February 28, 2021, after ten years leading the Center.

"Mark is a great choice: the right experience, the right personality, and the right energy and passion for the work,” said Harman. “He will soon find out why I call the Center an intellectual candy store, and I will do everything I can to make his transition seamless."

The Wilson Center is ranked one of the top think tanks in the world by the University of Pennsylvania.