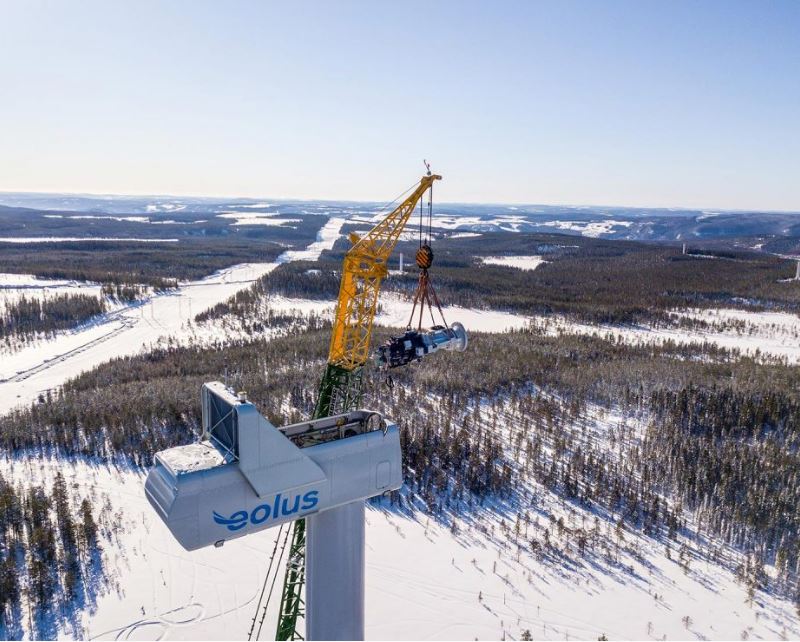 According to the newsprovider ArcticToday a group of Sámi reindeer herders intend to seek legal action against the owners of what is to be that country’s largest wind farm for violating their rights by hindering reindeer migration between winter and summer feeding grounds.

The company, Eolus Vind, that intends to build the largest wind farm in Norway is now one of Sweden´s leading wind power developers. It has participated in the establishment of more than 500 of the wind turbines currently operating in Sweden. In addition to its Swedish operations, Eolus operates in Norway, Finland, the US and the Baltic countries. However, the projects in these countries are at an earlier stage than in Sweden.

Eolus was granted a permission in 2016 to erect 72 turbines across an area measuring 40 square kilometers in Norway. It was cleared to begin construction in Decemeber 2019 provided they could reach an agreement by March 11 this year with the reindeer herders. That has not happened and according to the herders Eolus has violated the terms of its agreement with the Norwegian state by not stopping construction of a 11-kilometer access road passing through a migration route to let reindeer pass this spring.

A debate between the herders and Eolus regarding when to move the reindeer to their summer feeding grounds has escalated to the point of the herders raising funds for a lawsuit. The herders demand that construction of the wind farm stop immediately and that plans for the wind farm be canceled. According to Eolus, the herders are the last of about a hundred groups affected by the wind farm that it has not reached an agreement with regarding access.

According to ArcticToday "Earlier this year, a group of herders in Trøndelag were awarded 90 million kroner in compensation when they lost access to their grazing areas entirely due to construction of a wind farm. Appfjell, however, also underscored that Jillen-Njaarke herders said the point of their suit to prove that setting conditions on when their reindeer could pass through the wind farm violated their constitutional rights."