New members elected to the European Polar Board Excom 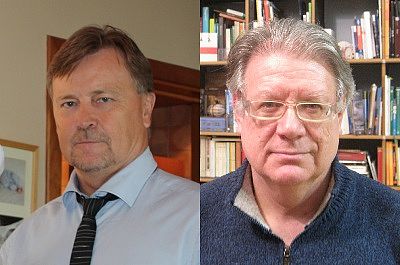 Halldór Jóhannsson is the executive director of the Arctic Portal, the Gateway to Arctic information and data, based in Akureyri, Iceland. Halldór has long and vast Arctic and international experience in cooperation, communication and outreach, policy, planning and data management. Attended, presented and chaired at numerous international meetings, seminars and conferences on Arctic issues. Member of Arctic committees and board as the Sustaining Arctic Observing Networks - SAON, the Arctic Data Committee, International Permafrost Association council, the Uarctic council and Aurora Observatory foundation. Co-leading communication in the EU Arctic Project Cluster and partner in a number of projects of relevance to the EPD, including: the Horizon2020 Applicate, Arice, Nunataryuk, Interact and Edu-Arctic as well as Arctic Council's AREA and AES, Arctic Statistics in partnership with KMI in Korea and the Arctic Business Directory in partnership with the Northern Forum. Halldór has been instrumental in the establishment of the China-Iceland Arctic Observatory in Iceland and now leads its science and outreach board.

Vito Vitale is senior researcher at the CNR Institute of Polar Science (ISP). He is an expert of radiative transfer processes into the atmosphere, with research focus on radiation budget and role that atmospheric composition and surface characteristics play in modulating Shortwave (SW) and Longwave (LW) components, determining their seasonal and inter-annual variability.

He have been involved in polar research and research management since 1986, both in Antarctica and in the Arctic, leading and participating to a large number of national/international projects, as well as promoting networking activity (e.g. POLAR-AOD). He leads the Climate Change Tower Integrated Project (CCT-IP), a large multidisciplinary project at CNR Arctic Station Dirigibile Italia. During his long activity in polar regions, he has also promoted the improvement of observation technology for harsh environments, and developed custom instrumentation.

He is Italian representative in the WMO Expert Group on Polar and High Mountain Regions (EC-PHORS) as well as in SAON Steering Board. Moreover, he is member of SIOS Board of Directors, and member of The CNR Polar Committee.

The EPB would like to express great thanks to outgoing ExCom members Jane Francis (NERC-British Antarctic Survey) and Timo Koivurova (Arctic Centre, University of Lapland) for their service to the EPB.