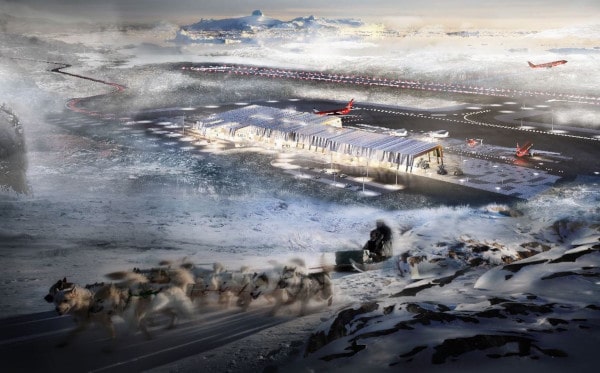 COPENHAGEN — A Chinese state-owned company has withdrawn its bid to build two airport projects in Greenland, the Sermitsiaq newspaper reported on Tuesday citing a company official.

The withdrawal of the China Communications Construction Company (CCCC) marks the end of China’s potential participation in the infrastructure projects, of strategic interest to both Washington and Beijing.

Beijing laid out ambitions in January 2018 to form a “Polar Silk Road” by developing shipping lanes opened up by global warming and encouraging enterprises to build infrastructure in the Arctic.

But Greenland is strategically important for the U.S. military and its ballistic missile early warning system, as the shortest route from Europe to North America goes via the Arctic island.

“We are not bidding for the two projects in Nuuk and Ilulissat,” CCCC’s deputy general manager Debin Song told Sermitsiaq, declining to provide further details.

CCCC in Beijing did not immediately comment when contacted by Reuters.

The company had been short-listed by the project operator Kalaallit Airports together with five other companies to upgrade the airports, whose costs are estimated at 3.6 billion Danish crowns. The deadline for submitting a final bid is June 14.

The Arctic island is a self-ruling part of Denmark, which is concerned that Chinese investment — on the agenda since Greenland’s Prime Minister Kim Kielsen visited in 2017 — could upset the United States.

Greenland, eager to benefit from growing activity in the Arctic, plans to expand the airports to cater for direct flights from Europe and North America.

Kalaallit Airports Chief Executive Officer Peter Wistoft declined to comment due to the sensitivity of the ongoing bidding process.