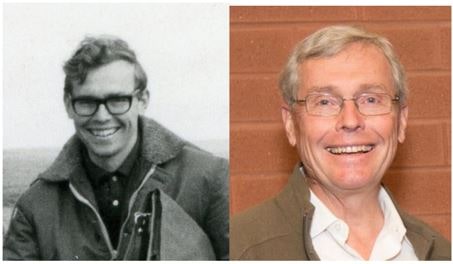 "The IPA is saddened to announce the sudden passing on May 11, 2019 in Victoria, B.C. of Dr. Hugh M. French, former Dean of the Faculty of Science and Professor Emeritus in the departments of Geography, Environment and Geomatics and of Earth Sciences at the University of Ottawa, Canada. Hugh is internationally recognized as a specialist on periglacial processes and permafrost science. In a career as a professor that started with his first visit to the Arctic in 1967 and spanned 36 years, plus a further 16 years post-retirement, he wrote or co-wrote more than 160 publications covering topics such as ground ice formation and distribution, slope processes, natural and anthropogenic thermokarst, and frozen ground engineering. He was one of the most widely travelled geocryologists, publishing studies carried out in the Canadian High Arctic and Subarctic, the Tibet Plateau, Antarctica, and parts of Europe and the USA which experienced periglacial conditions during the Quaternary. He also supervised numerous graduate students, several of whom remain prominent in the field. His many other accomplishments included founding the journal Permafrost and Periglacial Processes which he edited for 16 years, and writing four editions of his textbook The Periglacial Environment over nearly 30 years, the last of which was published in 2017. Hugh played important roles in the International Permafrost Association helping found it in 1983 and subsequently as Vice-President (1993-1998) and President (1998-2003). He received the Roger J.E. Brown Award of the Canadian Geotechnical Society for outstanding contributions to permafrost science and engineering, the Award for Scholarly Distinction in Geography from the Canadian Association of Geographers and the International Permafrost Association’s Lifetime Achievement Award. Hugh was a lifetime member of the recently founded Canadian Permafrost Association and a great supporter of its goals. The Hugh M. French Award for outstanding contributions to permafrost science and/or periglacial geomorphology, which had already been named in his honour, will be awarded for the first time at the Eighth Canadian Permafrost Conference in Québec in August 2019. The IPA offers its sincere condolences to Hugh’s wife Jill, and his many friends and international colleagues. He will be missed."