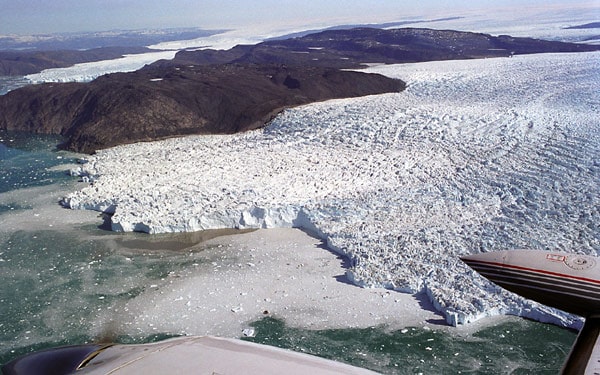 According to BBC News, Jakobshavn glacier one of Greenland most important glaciers is changing its behaviour. In the year 2000 it was the fastest flowing ice stream in Greenland, travelling at 17km a year and with its front end retreating and thinning by as much ass 20m year.

This has all changed because the glacier is travelling much slower and its trunk has begun to thicken and lengthen. Now scientists ask the question: "what´s next for Jakobshavn? Is this just a pause, or is it a switch-off of the dynamic thinning we´ve seen previously?"

Scientists however, think it might be related to a very cold weather in 2013. Like BBC reports "This would have resulted in less meltwater coming off the glacier, which in turn might have choked the mechanism that pulls warm ocean water towards Jakobshavn."

Researchers are using a suite of European satellites to monitor the glacier, including the EU´s Sentinels 1 and 1 and the German national TerraSAR-X mission. They are detecting a thickening by 20m a year instead of dropping which tells them how unpredictable glaciers can be.

The BBC reports, furthermore, that "The rate of sea-level contribution from Greenland has slowed in recent years and it's because some of the biggest ice evacuators like Jakobshavn aren't contributing as much as they used to."