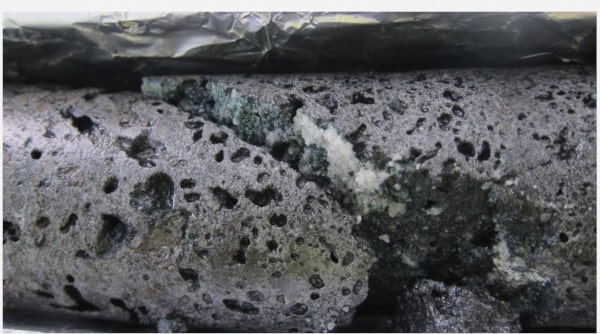 A really interesting and important project that is partly Icelandic called CarbFix is developing an industrial process to capture CO2 (carbon dioxide) and other sour gasses from emissions sources and permanently store it as rock in the subsurface. Furthermore, it is also possible that he process can be applied in relation to direct capture of CO2 from air.

“The CarbFix team, lead by Reykjavik Energy, has developed a secure, cost-effective and environmentally benign process and technology for permanent CO2 mineral storage in the subsurface. The process was proven at the CarbFix pilot site, located 3 km southwest of Hellisheidi power plant in Iceland. There, the CarbFix team has demonstrated that over 95% of CO2 captured and injected was turned into rock in the subsurface in less than two years. This contrasts the previous common view that mineral storage in CCS projects takes hundreds to thousands of years. Industrial scale sour gas capture and injection have been ongoing at Hellisheidi power plant since 2014, with injection ongoing at the Húsmúli injection site, located ca. 1,5 km northeast of the power plant. At the end of 2018, 66,000 tons of sour gases had been captured and injected at Hellisheidi, 2/3rd of which were CO2 and 1/3rd H2S. This counts for over 40% reduction in emissions from the power plant.

Co-capturing two environmentally important gases in the same process allows for considerable cost-savings in the capture phase which typically dominates the overall cost of CCS. The cost of industrial scale CarbFix operations at Hellisheidi are $24.8/ton (Gunnarsson et al., 2018). That is significantly cheaper than other known methods for carbon or sulfur capture and sequestration.“

The CarbFix team is currently working on other solutions as well that will be really interesting to follow-up on in the future.