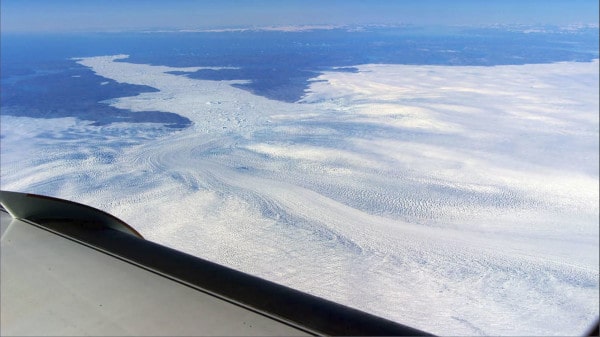 A recent discovery made by the scientists at NASA about Greenland´s fastest-flowing and fastest-thinning glacier actually growing thicker took the scientists by surprise. This is reported in an article written by Laura Gegget published on LiveScience.com based on a study published in the journal Nature Geoscience.

The researches found that the glacier Jakobshavn which sits on the west coast of Greenland “is still contributing to sea level rise, but it's losing less ice than expected. Instead of thinning and retreating inland, its ice is thickening and advancing toward the ocean“.

This leads to the question “Why is this happening?“ An explanation by the researches is that its likely growing thicker due to colder ocean currents. “ In 2016, a current that passes by Jakobshavn Glacier was cooler than usual, making waters near the glacier the coldest they'd been since the mid-1980s.“

According to NASA´s Oceans Melting Greenland (OMG) mission and other observations “ This cooler current came from the North Atlantic Ocean, more than 600 miles (966 kilometers) south of the glacier.“

Reported in the article “It appears that the cold water is the result of a climate pattern known as the North Atlantic Oscillation (NAO), which makes the northern Atlantic Ocean slowly switch between warm and cold water about once every 20 years, the researchers said. The cold phase just recently started, and has cooled the Atlantic Ocean in general, they said. In addition, some extra cooling of the waters around Greenland's southwest coast helped keep the glacier chilly.“

However, researhces claim that “this crisp change won't last forever. Once the NAO climate pattern flips back, the Jakobshavn will likely start melting faster and thinning again“.

"Jakobshavn is getting a temporary break from this climate pattern," Josh Willis, of the Jet Propulsion Laboratory and the principal investigator of OMG, said in the statement. "But in the long run, the oceans are warming. And seeing the oceans have such a huge impact on the glaciers is bad news for Greenland's ice sheet."