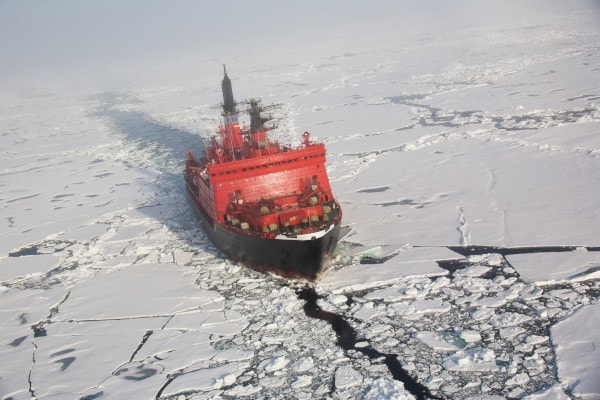 The Comprehensive Plan included 118 projects aimed at the development, development and processing of the mineral resource base of the Arctic zone of the Russian Federation (SME AZRF) and related infrastructure support.

Takes into account the document and activities in the field of shipbuilding, ecology, tourism, various industries, as well as other fields. Suggestions and information for analyzing the situation and forecasting further actions were sent by all 9 subjects of the Russian Arctic, interested federal structures and organizations, strategic industrial companies.

To implement the activities of the Comprehensive Plan, the estimated amount of financial resources has been calculated - about 10.5 trillion rubles. extrabudgetary investments are planned to attract until 2030. and further perspective.

As a result of the work on the Integrated Project, the possible volume of the cargo base of the Northern Sea Route by 2024 and further, formed through the implementation of projects for the development of SMEs in the Russian Arctic, was analyzed.

“We estimated the estimated volumes of shipment of the extracted raw materials for transportation along the Northern Sea Route by four groups of projects with different degrees of implementation. We took into account production already put into action, objects at the construction stage, statements of companies - subsoil users with confirmed and prospective reserves. I want to emphasize that this document is only about projects for the development of SMEs. There are no other goods that will come from manufacturers of products of the Urals, Siberia or central Russia. And this volume will also be, ”explained Sergey Khrushchev , director of the Department of State Policy and Regulation in Hydrometeorology, the Study of the Arctic, Antarctic and World Ocean of the Ministry of Natural Resources of Russia.

The analysis shows that while maintaining the inertial scenario of development of the industry, the level of cargo traffic may be about 60 million tons by 2024.

Already today the basis is LNG, oil, condensate, solid minerals, coal. The year-round ports of Sabetta and Dudinka, the seasonal harbors of Numgi, Pevek, and Cape Verde are involved.

An increase in the projected volume of cargo traffic along the NSR is possible with the timely commissioning of all planned projects (Taimyr coal basin, Payaykh oil field), as well as the implementation of a number of promising infrastructure projects (in particular, connection to the NSR Suzunsky, Tagulsky, Lodochnoe oil fields).

In the execution of the breakthrough scenario for all 4 groups of projects, by 2024, the flow of goods along the Northern Sea Route only mineral raw materials could reach 77 million tons.

Recall, in accordance with the Decree of the President of Russia dated May 7, 2018 No. 204 “On the national goals and strategic objectives of the development of the Russian Federation for the period up to 2024,” the cargo flow along the Northern Sea Route should reach 80 million tons per year, thereby turning , SMP in the "key to the development of the Russian Arctic".

The document also noted that for the successful implementation of all these projects, it is necessary to intensify geological exploration, to develop support measures and technological equipment for the fields, including hard to recover reserves. In addition, the developed ground infrastructure will play the most important role.

Export and delivery to consumers of such cargo volume will require timely construction of the port and access infrastructure, availability of icebreaking facilities and ice-class transport fleet, as well as appropriate navigation and hydrometeorological support.”