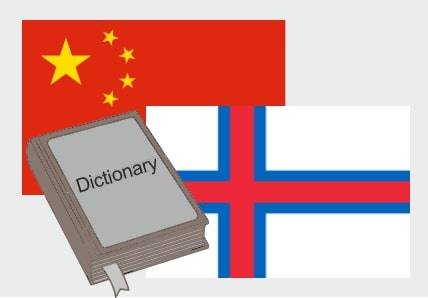 According to Jóhanna Magnusardóttir who worked on the dictionary it is important especially for the smaller language to create such a dictionary “If we as Faroe Islanders don’t take steps to translate our dictionaries into all other languages, it will be our language that dies. Chinese won’t be going anywhere,” says Jóhanna. “We’re young and should try to give back.”

Jóhanna also explained why they decided to work on the dictionary “When we started studying the Chinese language, it was through English and not Faroese, which is our mother tongue,” Jóhanna recalls. “We translated from English to Chinese, Chinese to English, and then English to Faroese. We noticed that many words made more sense when translated directly from Faroese to Chinese.”

Source: The Official Gateway to the Faroe Islands