The future of Arctic Shipping 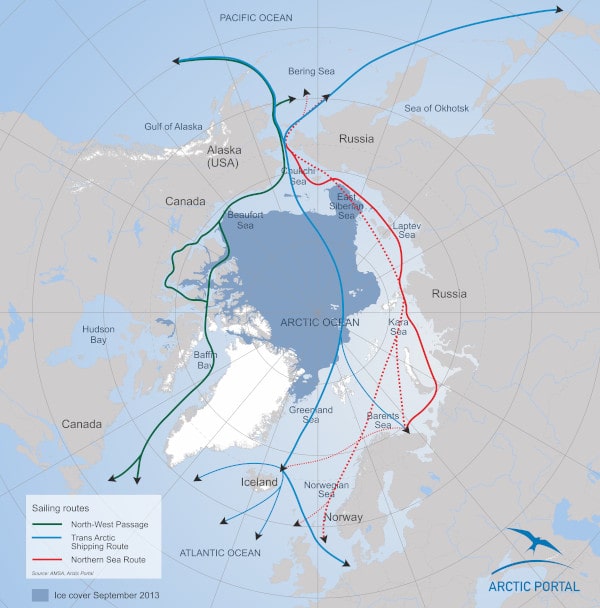 The tenth issue of Polar Prediction News for March 2019 has been published. It includes a feature by Halldór Jóhannsson the manager of Arctic Portal on the Future of Arctic Shipping.

The discussion topics included: the Polar Code; the geo-political landscape; information technology; infrastructure developments; insurance concerns and risks; practicalities of operations; and the training and future of Arctic Shipping. Key issues addressed and questioned by the conference attendees where: safer operations and prevention of negative environmental impacts in the Arctic; the development of new services, products and technologies for safe operations; the need for improved monitoring in the Arctic Ocean; and how to improve cooperation.

As a conference chair, I used my privilege to ask all attendees what their most immediate concerns regarding the above were, and how they predicted the future to be for Arctic Shipping in twenty years from now.

The majority stated that they currently did not see developments supporting increased small to medium business operations in the Arctic, even not in twenty years. A very strong consensus was that there would be caution and likely much less activity in shipping through the Arctic than previously predicted, at least by small to medium commercial shipping operators. The cost, complications and potential risk were simply too high, and the return and advantage too small for them to become interested. The concerns of the stakeholders were a clear lack of infrastructure and information services but more that the business case was not there, or at best, unclear. As domestic shipping, fishing and tourism were however expected to increase, there were raising concerns of limited search and rescue infrastructure and training. The question “Who is responsible for organizing and paying for needed further developments?” was also widely discussed but neither the shipping nor the insurance companies currently saw a clear role here for them to play.

In conclusion, there is a clear and highly important need for ongoing research and improved integrated observations, new information services and infrastructure development in the Arctic region, not least search and rescue services. It is, however, not clear at the moment who should organize and fund the needs expressed during the summit. As shipping in the Arctic will develop in a global context, it will need to become an international undertaking. Future activities will likely be driven by the largest international companies that can approach the business of Arctic Shipping from a political and global agenda. The Russian Yamal LNG is seen as a case study and an immediate test of the viability of future Arctic Shipping.“

See the map of Arctic Sailing Routes in hd