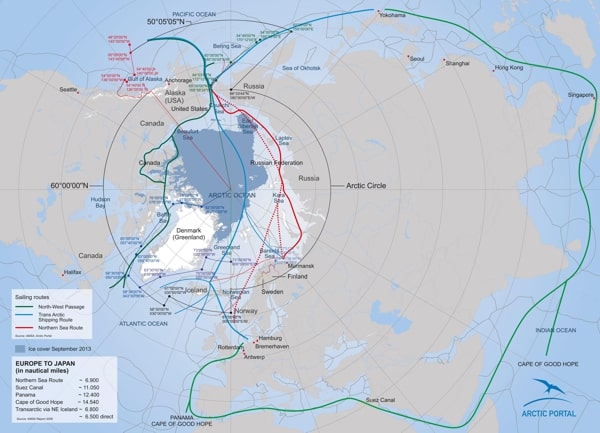 According to the news “Warships and vessels will now have to notify Russia of their plans within 45 days and take on board Russian maritime pilots. Passage can be denied, and according to experts, in the event of unauthorized travel along the route, Russia will be able to employ emergency measures, going as far as arresting or destroying the vessel. The rules were developed due to the "intensification of the naval activities of various states in the Arctic zone", the newspaper wrote. They are aimed at maintaining control over the environment and merchant shipping.

Military expert Vladislav Shurygin told Izvestia that laying down the law for passing through the route was necessary "yesterday." "NATO and the United States may well try to create another hotbed of tension along our borders. Ships will stop by, spend some time and leave. It would be necessary to monitor them," he said. Washington is mulling over escalating tensions around the Northern Sea Route, for economic reasons, among others, according to member of the Federation Council Committee on Defense and Security Franz Klintsevich. He noted that the Northern Sea Route is shorter and more profitable than other routes for cargo delivery between Asia and Europe.”

Map of the Northern Sea Route

Read the full news on TASS