Changes in power in the Far East of Russia 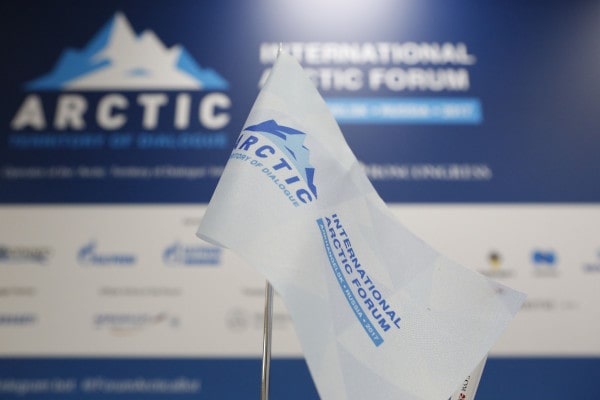 Russian Prime Minister Dmitry Medvedev proposed entrusting the Ministry with additional responsibilities during a meeting with Putin on 18 January 2019.

“The decision has been made, and we will carry out all the tasks assigned to the Ministry. The Ministry for the Development of the Russian Far East had previously overseen a whole range of issues related to the Arctic territories of the Far Eastern regions, including Yakutia and the Chukotka Autonomous Area as well as the development of the Northern Sea Route. Today we have gained sufficient experience, a lot of work has been carried out to develop special preferential regimes and support measures, primarily in the social sphere, and the work of development institutions has been established. There is a lot of work to be done, we face some challenging issues, but we will do it”, Minister for Development of the Russian Far East Alexander Kozlov said.

At present, the Ministry is overseeing two major projects in the Arctic zone – the development of Peschanka, one of the world’s largest copper deposits located in the Baim ore zone in the Chukotka Autonomous Area, and the construction of an offshore liquefied natural gas transhipment complex in the Kamchatka Territory’s Bechevinskaya Bay for the transhipment of liquefied natural gas to be exported from the Yamal LNG plant and in the future from the Arctic LNG 2 to countries of the Asia-Pacific region via the Northern Sea Route. On 12 January, the advanced special economic zone in the Chukotka Autonomous Area was expanded based on a proposal from the Ministry for the Development of the Russian Far East. Two sites in the Bilibinsky Municipal District were incorporated into the zone. Investment projects for the mining and development of non-ferrous metals in the Baim ore zone are scheduled to be implemented on the sites.

The Far East Human Capital Development Agency has already provided assistance with recruiting unique specialists for enterprises of the Far North. If the relevant decisions are adopted, the Agency has stressed that its experts are ready to make their contribution to work to develop the Arctic territories of the zone.

“The Far East Human Capital Development Agency is ready to take part in work as part of the new responsibilities of the Ministry for the Development of the Russian Far East for the development of the Arctic zone. The Agency has acquired considerable experience in issues related to the development of human capital, including employment at Far Eastern enterprises, launching new educational programmes in order to provide skilled personnel for enterprises in the region as well as many other issues. We will definitely use our practices and expertise in order to make the life of citizens living in the Arctic zone better”, Far East Human Capital Development Agency General Director Sergey Khovrat said.

Russia’s Arctic lands have total area of roughly 3 million square km (18% of the entire territory of the Russian Federation), including 2.2 million square km of land, where approximately 2.5 million people reside. This figure amounts to less than 2% of the Russian population (146.8 million) and more than 54% of the total population of the entire Arctic (4.6 million). The land areas of Russia’s Arctic zone were demarcated under Decree No. 296 issued by Russian President Vladimir Putin on 2 May 2014. Per the document, Russia’s Arctic zone includes two Far Eastern regions of the Russian Federation of the Far Eastern Federal District: part of the Sakha Republic (Yakutia), all of the Chukotka Autonomous Area as well as the Murmansk Region, the Nenets Autonomous District, the Yamalo-Nenets Autonomous Region and the Vorkuta urban district municipality (Komi Republic). In addition, the Norilsk urban district, a number of territories in the Arkhangelsk Region, including the Arkhangelsk City municipality as well as lands and islands located in the Arctic Ocean were included in the Arctic zone.”

Source: The Ministry for the Development of the Russian Far East the Russian