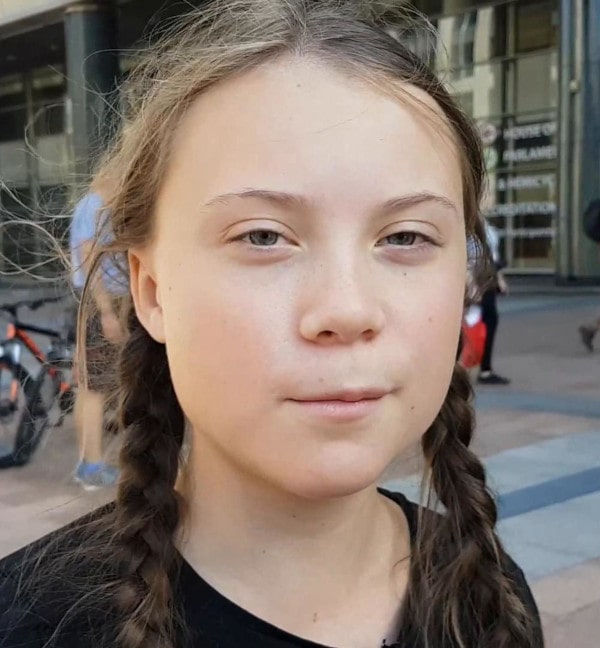 Even though Greta Thunberg is only 15 years old she has become well known for her fight against climate change. She was born on 3 January 2003 in Sweden and became deeply interested in the environment at an early age or around eight years old.

In the summer of 2018 after extreme heat waves and wildfire in Sweden she demanded that the Swedish government reduced its carbon emissions by protesting outside the Swedish parliament (Riksdag) every day during school hours with a sign “school strike for the climate” (Skolstrejk för klimatet).

Recently she has inspired more than 20,000 school students in at least 270 cities across the globe to take part in student strikes for the climate.

Greta has participated in demonstrations in Europe, spoken at TEDxStockholm and even addressed the COP24 United Nations climate change summit on 4 December 2018 and spoken before the plenary assembly 12 December 2018.

She continued her climate campaign at the World Economic Forum on 23 January 2019 arriving in Davos after a 32-hour train journey. She has given up flying to lower her carbon footprint. At the Davos panel she said “Some people, some companies, some decision makers in particular have known exactly what priceless values they have been sacrificing to continue making unimaginable amounts of money. I think many of you here today belong to that group of people.” Later in the week, she warned the global elite that "Our house is on fire" adding "I want you to panic. I want you to feel the fear I feel every day. We owe it to the young people, to give them hope.”

Greta Thunberg has described herself as having autism or Asperger syndrome, OCD and selective mutism. She has credited her autism on given her the ability to concentrate highly on one issue and that has been climate campaign.