Competing Visions Clash Over the Future of Norway’s Lofoten Islands 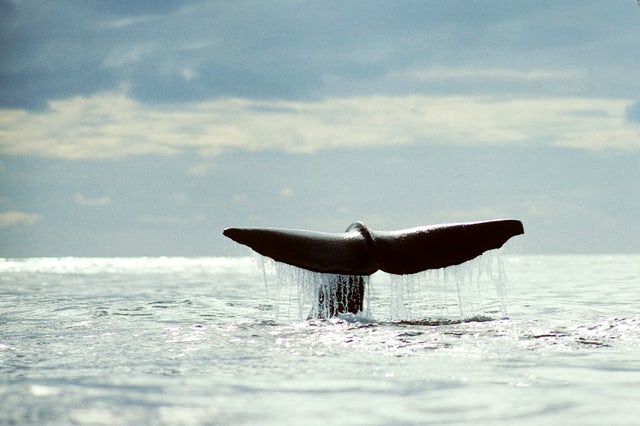 An archipelago off Norway’s northern coast is renowned for its beauty. It’s also near untapped oil-and-gas deposits. In light of recent demonstrations against oil-drilling in the Lofoten Islands, photojournalist Randall Hyman shares his experiences in the region.

Some of the best stories of my career have been a fluke – particularly of the whale kind. Traveling across Norway in the summer of 1989, I stumbled upon a fledgling whale-watching venture at the northern tip of Andøya island, north of the Lofoten Islands in the Vesterålen archipelago. It was early in the international ban on commercial whaling, and Ragnvald Dahl, a third-generation, out-of-work Lofoten whaler, had reluctantly joined forces with Greenpeace scientists to count – instead of shoot – sperm and minke whales.

Up until then, tourism in the town of Andenes had been virtually nonexistent. Residents were wholly dependent on fisheries and a nearby military base. Whale Safari’s daily excursions far offshore into the rough waters of the Norwegian Sea attracted a stream of tourists, but Dahl clearly disliked having Greenpeacers on his ship. The previous summer he had announced that people wearing “Save the Whales” T-shirts would not be allowed aboard. An American group of tourists promptly canceled.

“The whale is a very nice animal,” Dahl told me, “but you have to kill it. Not all of them, but some. We must control them. They eat our fish.”

Whale Safari was a fascinating story, full of contradictions. A quick call to my editor in Washington clinched the assignment – as long as I produced a two-page center spread photo of a sperm whale fluking with the ship directly behind and scads of tourists hanging over the bow in delight. No problem.

It took two exasperating weeks in wild seas to snag the fleeting moment when the ship, my rubber dinghy and an obliging fluking whale were all on wave crests at the same time in a single line of sight with the sun behind me. International Wildlife Magazine published the article with the title, “Old Enemies in the Same Boat.” Whale Safari eventually morphed into Whalesafari Andenes, minus Dahl and his boat, to become a highly successful enterprise.

Today, whalers, environmentalists and fishers are once again in the same boat. Estimates are that 1.3 billion barrels of oil lie off the Lofoten and Vesterålen archipelagos as well as the more northern Senja island, Norway’s second largest. Fishers and tourism operators there oppose drilling – but not all their neighbors agree. Grabbing the first two letters of Lofoten and Vesterålen, one local pro-drilling group calls itself “Lo-Ve Petro.” They see the shallow-water oil fields off their shores as a gold mine waiting to be plundered.

For historic reasons, loving oil is a sentiment most Norwegians share, albeit with reservations about where to drill for it. With the discovery of oil in the North Sea in the 1970s, Norway vaulted from being one of the poorest nations per capita in northern Europe to one of the wealthiest in the world. The recent crash of oil prices and loss of tens of thousands of jobs have made many Norwegians nervous. Some believe that the abundant oil along the nation’s northwest coast may be the perfect remedy.

Ten years ago, I returned to Lofoten to cover another burgeoning whale-watching venture born of an unexpected boom in herring stock. The legendary get-rich-quick fishery had all but disappeared decades earlier due to overharvesting, but herring had suddenly reappeared in the mainland fjords opposite Lofoten. Fishers marveled as their depth finders showed kilometers-deep fjords suddenly growing much shallower. Endless schools of herring were so thick that they looked like the seafloor. Fish-processing plants in Lofoten and elsewhere happily cashed in on the bounty.

With fish teeming, orcas came – lots of them. Fishers reached for their rifles in the tradition of government-sponsored bounties that had once paid $600 per animal. As hordes of orcas congregated a stone’s throw from shore in sheltered fjords, one enlightened boat captain, Per Ole Lund, realized that where others saw red, there was plenty of green to be made. He was the pioneer of whale-watching in the fjords. I sailed several times with him and saw how personal things had become.

“That’s Anna, my special friend,” Lund told me one day, pointing toward an orca spy hopping off our bow. “We met in 1998. She was acting very strangely. I whistled and she whistled back. Then she came up next to the boat, and we looked each other in the eye.”

Following Lund’s lead, whale-watching ventures sprang up as fast as the herring multiplied. Lund predicted that the herring would someday become so plentiful that they would move out of the fjords into more open seas, and he was right. Eventually, the fish spread north toward Senja, and tourists followed along with some baleen species such as humpbacks and fins.

Tourism and fishing now reign as the two major sources of revenue from Lofoten to Senja, but tour operators and fishers worry that oil drilling, underwater sound pollution and spills could affect their profits. Under Norway’s 2006 management plan for sustainable use of the Barents and Norwegian seas, Lofoten is a protected area that includes large coral reefs off its west coast and rich, cod-filled waters. Yet, oil exploration licenses – awarded annually by the Norwegian Petroleum Directorate – have steadily spread farther north from the flagging fields of the North Sea into the Norwegian Sea.

The current parliamentary coalition, led by the conservative Høyre (Right) party, was cobbled together several years ago with the Left and Christian parties under the agreement that no Lofoten drilling would occur during their joint term. Last year, however, the government’s energy minister proclaimed that Lofoten “must at some point come into play.” Meanwhile, the Labor party, projected to win next month, has assured the oil industry that they have nothing to fear if elections go their way. Labor presided over decades of oil prosperity, and their last prime minister was a proponent of reconsidering the 2006 moratorium.

In 2013, I visited Senja to photograph the island’s National Tourist Route, renowned for white sand beaches and soaring peaks. After three days of rain and fog, I had seen plenty of sand, but no mountains. On the final evening, the clouds cleared and midnight sun ignited land and sea in a dazzling display of color and form. I was up all night chasing golden light from one fjord to another.

Finally I came upon Husøy, a tiny fishing village nestled on an isle in a remote fjord connected to land by a long, narrow causeway. The 3 a.m. sun had slipped behind mountains and clouds, and not a soul stirred anywhere as my small car squeezed through narrow alleyways past sleeping fishers’ homes. Magic filled the still, salty air, and it seemed as if the enchanted isle might disappear into sea mist at any moment. Husøy, of course, did not vanish that night, but in coming months, striking a balance between oil profits and the treasures hidden along Norway’s enchanted northwest coast may prove crucial to the future of fishing villages from Lofoten to Senja.