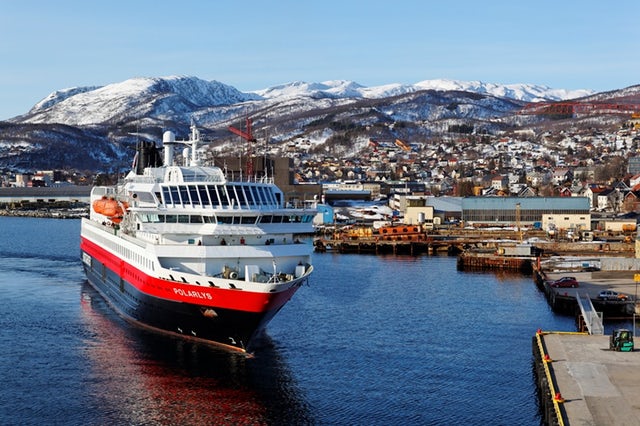 Under the auspices of the International Maritime Organization, countries are looking at ways to limit the use of thick, viscous heavy fuel oils in Arctic waters.

The international maritime Organization has agreed to look at ways to limit the environmental threats posed to the Arctic by heavy fuel oil, a shipping fuel that turns into a mayonnaise-like goop in icy waters, making it especially challenging to clean up.

It’s a move that has been welcomed by environmental groups and Indigenous activists as a good first step toward the gradual phase-out of heavy fuel oils in the Arctic, which many are hoping might be completed by as early as 2020.

The IMO is a United Nations agency tasked with ensuring safety in the shipping industry and preventing marine pollution. Its Marine Environment Protection Committee, which met last week in London, committed to discuss measures to cut the risks associated with ships’ using and carrying heavy fuel oil in Arctic waters during meetings scheduled for April 2018.

Expect to hear proposals floated by countries, as well as shipping companies and environmental organizations, during the lead-up to the meetings.

The committee came to its decision after a number of countries, led by Canada and including the United States, Norway and Germany, submitted a proposal to consider options to mitigate the risks of heavy fuel oils in the Arctic.

The proposal included looking at “ship design and equipment for both new and existing ships, operating constraints, and restricting or phasing out the use of particular types of fuels in all or parts of Arctic waters,” an IMO spokesperson told Arctic Deeply in an email.

The recent proposal was even supported by Russia, which has traditionally offered the most resistance to a heavy fuel oil phase-out due to its reliance on the fuel in parts of the Russian Arctic.

Heavy fuel oil is preferred for many vessels, especially larger ships, that operate in the Arctic because it is relatively cheap and easily available compared to alternatives, such as distillate fuel and natural gas. It was the most commonly used marine fuel in the Arctic in 2015. Forty-two percent of ships within the IMO’s Arctic boundaries operated on this fuel that year, and those ships accounted for 76 percent of all the fuel carried in the region, according to the International Council on Clean Transportation.

But environmental groups warn that the fuel is especially risky to use in the Arctic. “When it’s burned as a ship fuel, the emissions are particularly toxic,” said Andrew Dumbrille, a senior specialist in sustainable shipping at World Wildlife Fund-Canada.

These emissions include particulate matter such as soot and black carbon, which can create health problems for local communities and, when deposited on the snow, can also accelerate Arctic ice melt, Dumbrille said.

In the case of a spill, heavy fuel oil is also particularly harmful because it emulsifies in water, he said. “It becomes this kind of slick slurry that persists in the environment much longer than other fuels like diesel or [liquefied natural gas]. When whales or birds who frequent the surface come in contact with this emulsification, it coats their feathers and their fur, and it causes death and hypothermia.” Spill response techniques are also ineffective in icy Arctic waters, he added.

The IMO banned the use and transport of heavy fuel oil in Antarctic waters in 2011. And Norway recently prohibited the use of the fuel off the coast of Svalbard.

Some had hoped to see a similar measure introduced for Arctic waters in the Polar Code, which strengthened safety and environmental standards for shipping in polar waters when it came into force in January. In the end, however, the Polar Code merely encouraged ships to avoid using the fuel.

Yet the push for a ban on heavy fuel oil use in the Arctic has been gaining support. Supporters now include several shipping and cruise companies that say the Polar Code’s recommendation does not go far enough.

“Danish Shipping prefers that the recommendation becomes a regulatory requirement as we support a ban on HFO as fuel. It is crucial that a future ban applies to all ships operating in the Arctic independent of their flag,” Danish Shipping director Maria Bruun Skipper said in a recent statement.

Expedition tour operator Hurtigruten and the Norwegian Shipowners Association (Norges Rederiforbund) also support a ban on HFO use in the Arctic.

Last December, the U.S. and Canada announced a “phase-down” on the use of heavy fuel oil in parts of the Arctic under their control, though details at the time were sparse and no time frame was released.

To date, Russia has offered the most resistance to a phase-out for the Arctic. That is in large part because some communities in the Russian Arctic rely on the fuel for electricity and heating.

But Dumbrille said the focus of the IMO proposal is on heavy fuel use as ship fuel, not on the elimination of the fuel’s carriage to communities that currently depend on it.

This helped get Russia on board with this week’s proposal, which received broad support from all Arctic states and countries such as France, Spain and Estonia, Dumbrille said.

“Even though there hasn’t been a major HFO spill in the Arctic to date, because of ship traffic increases, and because these [spill response] techniques are ineffective, it’s an accident waiting to happen,” he said.

Given that shipping traffic in the Canadian Arctic has been projected to double between 2010 and 2020, phasing down heavy fuel oils is urgent, according to Dumbrille.

“I think it’s pressing, and I think that’s why we’re hopeful that by 2020 we’ll have the appropriate measures in place to reduce the impact and finally eliminate the use of heavy fuel oil in the Arctic,” he said.

Austin Ahmasuk, a marine advocate from Nome, Alaska, who participated in the committee meetings and moderated a side panel of Indigenous activists in London, said approving the proposal is “a good first step.”

He said hunters in his area have already witnessed the fuel’s impact on marine life firsthand, after birds and other marine mammals were oiled in 2012.

“We were all kind of scratching our heads like, ‘Oh my goodness, where’s the oil spill?’ We had those marine mammals tested and they were oiled from some kind of heavy fuel oil,” he recalled.

Ahmasuk said he was “genuinely pleased” to see participants treating heavy fuel use in the Arctic as a serious issue, and the willingness of groups to consider Indigenous knowledge.

“Marine mammal disturbances in all of their forms, whether it’s behavioural changes from ships, or noise, or impacts from other kinds of discharges, but certainly impacts from heavy fuel oil, is an extraordinary concern,” Ahmasuk said.