Thin Ice: The Drive Toward All-Season Roads in Canada’s North 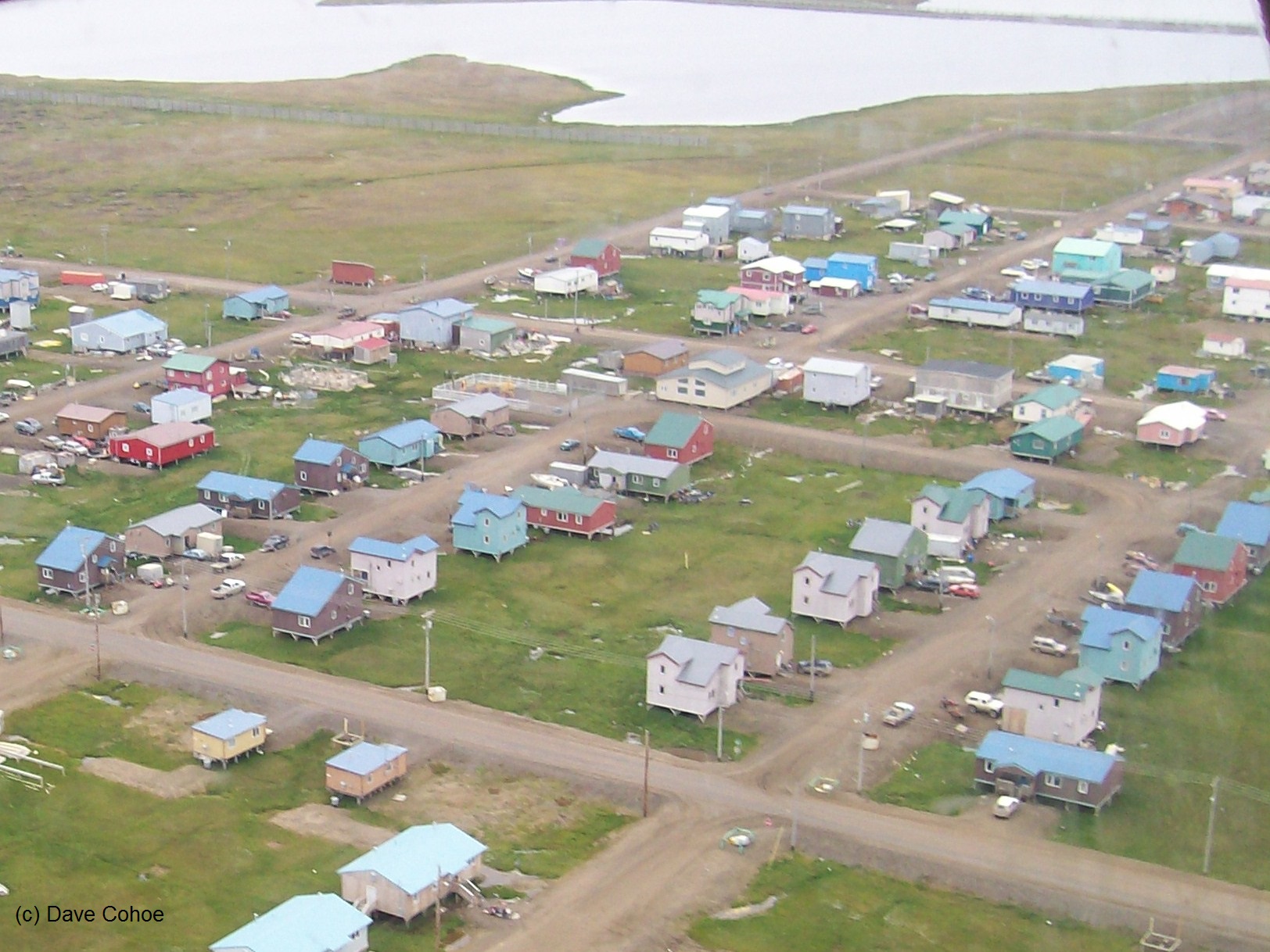 As the climate warms and ice roads become more unreliable, northern Canada is turning to technological solutions to give them longer lives, as well as looking at building alternative routes.

This winter, northerners are driving one of Canada’s most famous ice roads for the last time.

The 187km (116-mile) winter road that connects Inuvik to Tuktoyaktuk in Canada’s Northwest Territories (NWT) will be replaced this fall by a two-lane highway of packed gravel. The road will provide year-round road access to Tuktoyaktuk (aka Tuk), a community of 1,000 on the shore of the Beaufort Sea.

The new road to Tuk has existed in the mind’s eye of politicians and northerners for decades, part of a longstanding dream to spur oil and gas development in the territory’s Mackenzie Valley.

As the climate warms and ice roads become more unreliable in Canada’s North, more proposals for all-season roads are cropping up. They’re expensive. They could have unintended social and environmental impacts. But they may be critical to the future of northern communities and industry.

There are several recent examples of winter roads not behaving as they should, though they haven’t all been linked to climate change.

For the past two years, the ice road between the small community of Dettah and Yellowknife, the capital of NWT, hasn’t been built until January – it normally opens in December. Last winter, a fuel tanker broke through an ice road near Deline, NWT, though it’s still unclear why.

And in the Yukon this winter, for the first time ever, the government was unable to build an official ice bridge across the Yukon River to the community of West Dawson, after an ice jam upriver left water flowing freely where the crossing would normally be.

West Dawson resident Gaby Sgaga said locals are wondering whether the situation will recur in future years. If it does, she said, she and others might think about moving across the river into Dawson City proper to avoid the hassle.

“It’s been a very challenging year,” she said.

Still, according to Michael Conway, regional superintendent with the NWT’s infrastructure department, the ice road season hasn’t changed that much overall. The real difference is what’s happening behind the scenes.

Decades ago, Conway said, regular heavy equipment would be used to clear snow off the ice to help it thicken faster. Nowadays, the government has to use semi-submersible vehicles to make those first crossings, in case the ice gives way.

“The roads are staying open just about as long, but it comes at a price,” he said. “We just don’t get the same amount of ice cover that we did in the past.”

Conway said the cost of maintaining the territory’s ice roads has likely tripled in the past 15 years, due to the specialized equipment.

The NWT government is now looking at replacing an ice road to Whati, a community of 500, with a 97km (60-mile) gravel road. The cost of the project has been estimated at around $112 million, of which the federal government will pay 25 percent. The territorial government will likely chip in another 30 percent.

Conway said that the project is especially urgent because the first part of the ice road crosses over a shallow lake that’s “caused an awful lot of issues” in recent years.

The government is also looking at replacing part of the Tibbitt-to-Contwoyto winter road, which provides access to the territory’s diamond mines. The construction could extend the ice-road season by a month, as the road would be built around some of the warmer lakes that are liable to melt early.

Tom Hoefer, executive director of the NWT & Nunavut Chamber of Mines, said the proposed all-season road would be “legacy infrastructure.”

“It will be there forever, and will benefit many, many projects down the road serving multiple generations into the future,” he wrote in an email.

It’s not just governments that are eyeing all-season roads. In northern Yukon, junior mining company ATAC Resources Ltd. wants to build its own 65km (40-mile) access road to a remote exploration site. The proposal has attracted the ire of locals, who worry it will open up a new part of the territory to hunting pressure.

But the company says it can’t use a winter road, as some of the rivers it would need to cross haven’t frozen over in recent years. Without an all-season road, it asserts, it can’t bring in the heavy equipment it needs to keep working.

Still, all-season roads and bridges aren’t the only answer to unreliable winter access. The Yukon government is working on a plan that would allow it to build an ice bridge to West Dawson even if the river doesn’t freeze properly in the future.

Spokesperson Heather McKay said it could include the use of physical barriers to slow the water flow, and techniques to speed up ice formation, such as spraying water into the air.

In Alaska, the state government changed its guidelines for winter roads back in 2003 to allow roads in the oil-rich North Slope region to stay open for longer.

Now, operators can pack the snow early in the season using huge vehicles with low ground pressure, which helps the route freeze earlier. They can also use ice chips to build roads.

“In general, the season length is pretty stable,” said Melissa Head, a manager with the Alaska Department of Natural Resources. “Now we’re kind of at status quo, I would say.”

But the success in Alaska isn’t easily transferred to northern Canada. For one thing, Alaska’s winter roads are built on land, while those in the Northwest Territories tend to run across lakes and rivers.

“The reason is that our landscape here is tough with a mixture of hard rock outcrop interspersed with deep muskeg bogs within short distances,” Hoefer wrote, saying it would cost much more to build winter roads over land in NWT.

Conway said the Northwest Territories doesn’t have anything like the kind of money that Alaska’s oil and gas industry can afford to spend on ice chips and other technology.

As he sees it, infrastructure is the answer to the threat posed by global warming. Without the all-season road to Whati, he said, the cost of living in the community could rise as it gets harder to send heavy fuel trucks up the ice road.

Lisa Nitsiza, Whati’s senior administrative officer, said the road would make a big difference to the community, where people can spend close to C$500 ($372) on a round-trip flight to Yellowknife.

There are concerns that the road could be a highway for drugs and alcohol, Nitsiza said, but the community will fight that through education.