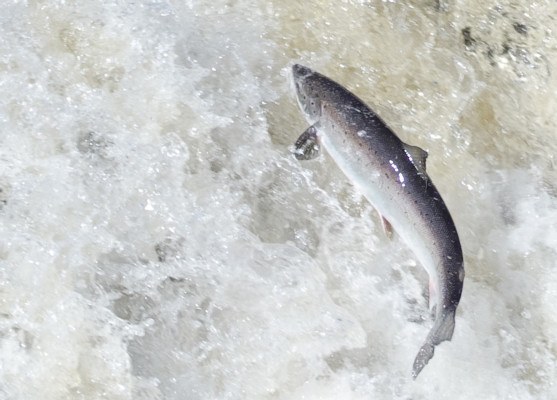 Overfishing is depleting the world’s marine wealth and could spill over into Arctic waters. Can the system that saved Iceland from a cod crisis benefit Arctic fisheries?

Not long after Iceland won the exclusive right to fish within 200 nautical miles (370 km) of its shores, the cod catch started to fall. Cod was by far the most lucrative fish in Icelandic waters, and fish accounted for about 80 percent of Iceland’s exports in the 1980s, so a cod crisis equated to a national crisis. To preserve the resource, Iceland limited fishing rights with a quota system, which remains in effect today.

At Iceland’s Directorate of Fisheries in Hafnarfjörður, a port town just south of Reykjavík, Thorsteinn Hilmarsson smiles as he shows off the cutting-edge, online public repository of real-time data on all fishing in Iceland’s waters. He types in a four-digit registration number for one of approximately 1,500 commercial fishing vessels registered with the government. A comprehensive profile of the Suðurey ÞH-9 pops up on his screen.

The 37-meter (121 ft) trawler harvests hundreds of thousands of kilograms of haddock, saithe (pollock), lemon sole and other fish each year. Iceland’s Marine Research Institute sets fishing limits for the fleet to keep fish populations healthy, and the Directorate of Fisheries calculates vessel limits based on the quota they own. The Suðurey owns about 0.85 percent of the total allowable cod catch, which means it can catch 1,640,961 kg (3,617,700 lbs) this year. According to the database, as of November 30, the Suðurey has caught 391,634 kg (863,405 lbs) of cod, roughly a quarter of its target.

“This is accurate to the kilo,” said Hilmarsson, who is the the director of Information and Services. “I can safely say this is state of the art. No other country does this.”

Fishery management is all that stands between us and empty seas. Experts have warned for decades that overfishing is depleting the world’s marine wealth. One-third of global fish stocks are overexploited, according to the U.N.’s Food and Agriculture Organization, and two-thirds are in decline, according to a recent study.

Thus far, the Arctic Ocean has been spared from overfishing. But as the oceans warm and ice melts, the threat is migrating north. Iceland has successfully managed its fishery since the 1980s, and its tools and practices could stop Arctic fishing from getting out of hand.

“The Arctic remains a fairly pristine ecosystem and is very fragile. Now that global warming is increasing the incentive to develop fishing, it provides a unique opportunity not to repeat the mistakes of the past,” said Boris Worm, a marine biologist at Dalhousie University in Halifax, Canada. “Everybody realizes we have to be more careful there.”

In the Central Arctic Ocean, a lack of knowledge and high risks raise the stakes associated with developing new fishing grounds. Fish stocks there have never been surveyed, so their health remains unknown. On top of that, the ecosystem is more sensitive to overfishing or a chemical spill.

The Arctic Nations – Canada, Denmark, Norway, Russia and the U.S. – already fish parts of the Arctic Ocean within their maritime borders, which extend 200 nautical miles from their coastlines. Within these borders, fishing is well regulated, says Torbjørn Trondsen, a professor at Norway’s College of Fishery Science.

Trondsen points to the cooperation, for example, between Arctic nations and the International Council for the Exploration of the Sea, which makes scientific recommendations for fishing in the Barents Sea. A more cautious approach has been taken elsewhere: The U.S. banned commercial fishing in its share of the Beaufort Sea in 2009.

But most of the Arctic Ocean lies beyond this zone and remains unregulated. Last year, the five Arctic nations signed a non-binding moratorium on commercial fishing in international waters in the Central Arctic Ocean, and a similar agreement that includes five of the largest fishing nations is currently under negotiation.

“We know what we need to do to stop overfishing,” said Scott Highleyman, director of Oceans North Canada, the Pew Charitable Trust’s Arctic conservation project. “Keep track of what we catch. Have scientific limits. When we don’t understand, catch less.”

Iceland’s Directorate of Fisheries received the mandate to sustain fish stocks in the 1980s, developed its database immediately and made its data publicly available in 2000. The data is reliable. Independent, certified weighers register catches into ministry databases that are updated every few hours.

Iceland also treats bycatch unconventionally. It is illegal to jettison unwanted fish and other marine creatures. To discourage discards, vessels return to port with their bycatch and get paid for the juvenile fish and other species, which are then sold on the market.

If other Arctic countries were to implement Iceland’s approach to managing fish stocks, they would have to agree on science-based fishing limits and shared quotas, as well as deposit data in a central system. They would need to make catch information public in granular detail and in real-time for effective monitoring and enforcement. Establishing a region-wide system that can handle day-to-day catches remains far off because most nations lack comprehensive data and are reluctant to hand over decision-making to an international commission, said Hilmarsson.

It was possible to get that buy-in from Icelanders because the nation’s economy relies on fishing. People tolerate yearly adjustments to the catch limit to sustain the economy’s long-term health – and the health of its fisheries.

“Iceland has a population of around 300,000 people. So there’s a more direct link between scientists and managers in government,” said Worm. But what goes on in the Arctic Ocean “should concern every person,” he added.

Back at the Directorate of Fisheries, Hilmarsson reiterates the guiding principle of Iceland’s fisheries management: “Everyone has a stake, so if someone breaks the law, everyone should know.”