Mia Bennett travels throughout the Arctic studying transportation infrastructure and natural resource development to understand which projects get approved, how they get done and who’s consulted. We spoke to her as part of our “Emerging Leaders” series. 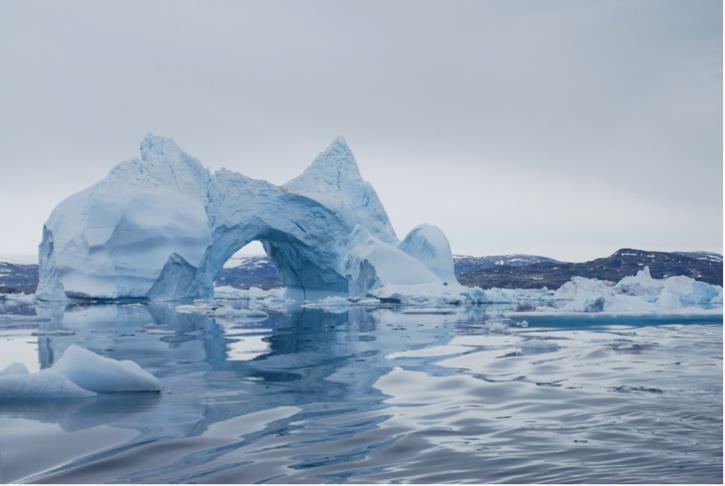 Who is really benefiting from the Arctic’s major development projects? That’s the complex question – with lucrative implications – that researcher Mia Bennett is trying to answer.

Bennett is a PhD candidate and research fellow at UCLA’s Department of Geography. In an increasingly globalized world, she’s interested in transportation infrastructure and natural resource development in northern frontiers. Her most recent peer-reviewed article, “The Silk Road Goes North,” looks at Russia’s role in China’s belt and road initiative – a development program designed to increase cooperation and build connections between China and other countries in Eurasia.

Bennett is a talented photographer, a gifted writer and a compelling storyteller, conveying her deep knowledge about the circumpolar North through a variety of mediums. Since 2009, she’s authored the popular cryopolitics blog, contextualizing regional developments by looking at them from varied perspectives.

We spoke with Bennett as part of our series on the Arctic’s young leaders.

Arctic Deeply: What are you working on at the moment?

Mia Bennett: My research combines fieldwork and satellite imagery to broadly investigate why certain Arctic development projects move forward while others do not. At a closer scale, I examine who is really benefiting from the projects that are taking place. In my spare time, I keep up with my blogging and photography.

Arctic Deeply: Who inspires you in your field?

Bennett: I’m inspired by people who strive to bring together the sciences and the arts to tell the stories of the Arctic. Niobe Thompson is one person who comes to mind. He’s an anthropologist who has managed to successfully make the jump from academia, where he did research in the remote Russian region of Chukotka, to making nature documentaries for public audiences. Marco Tedesco, a professor at the Lamont-Doherty Earth Observatory at Columbia, has also done a lot of outreach on ways to communicate climate change through various mediums, including sound. And finally, my advisor, Laurence Smith, a geography professor at UCLA, has carried out groundbreaking research in the field from West Siberia to the Greenland Ice Sheet, while also writing a book about the future of the Arctic.

Arctic Deeply: What motivates you?

Bennett: I’m motivated by a desire to get out and see the world, especially the Arctic. Already, parts of the region have become unrecognizable from one generation to the next because of both climate change and industrial development. I’m also deeply fascinated by how globalization is connecting the northernmost reaches of the world into globe-spanning circuits of people, trade and finance.

Arctic Deeply: Has there been a defining moment in your career?

Bennett: A few Januaries ago, I was traipsing around in the snow in Svolvaer, the biggest city in Norway’s Lofoten Islands. I saw several wooden pyramidal structures in the distance, which I knew were used for hanging cod. As I approached, I noticed three men hanging dried cod heads. I asked them where they were from, and they told me Lithuania. I asked what would happen to the shrivelled, blackened cod heads, and they said they’d be ground up into protein powder and sent to Nigeria. I was intrigued by how so many features of the global economy, namely migrant labor and North–South trade, were entangled under this weird wooden structure out in the snow, which had likely seen centuries of cod fishermen come and go. Since that moment, I’ve encountered Ukrainian refugees in a diamond-mining city in deepest Siberia and a Thai chef cooking muskox curry in Greenland, and I’ve come to realize that the Arctic is just as global a place as any.

Arctic Deeply: What’s your vision for the Arctic 10 years from now?

Bennett: While the Arctic is a diverse place, there are two main features I’d include in my vision for the region a decade from now. First, I’d like to see an Arctic where resource extraction is not the only game in town. Second, it would be great to see local, renewable projects prioritized over export-oriented, non-renewable ones.

I’d also like to see an Arctic in which communities are consulted in a genuine and holistic manner on new development projects, which might lead to a shift away from globally to locally beneficial projects even if the profit margins are slightly smaller for investors. A lot of progress has been made on community consultation in Canada, where all projects have to undergo an Environmental Impact Assessment. But as I learned while doing fieldwork in the Northwest Territories, even when there is due process and consultation, Indigenous peoples often feel like it still isn’t enough. More has to be done to make sure that they are included in as many steps of project design and implementation as possible.

I think there also has to be more room for the “zero-option,” which is basically allowing for the possibility of a project not to go forward. So often it seems like with consultation projects, it’s been pre-decided by the powers that be that a project will take place and consultation is intended to decide only how it will be done. If, instead, the consultation process could more realistically allow a project to be stopped if the community so desired, that would perhaps enable development in the Arctic to ultimately take a greater diversity of paths than simply digging holes into the ground and getting resources out to market.

Arctic Deeply: What do you need to make that vision happen?

Bennett: First, the world would have to shift away from fossil fuels and toward renewable energies. As we’re seeing with the Dakota Access Pipeline protests, more and more there’s a public realization that building more fossil fuel infrastructure is foolhardy. Indigenous peoples have been really successful in leading the fight against more pipelines in Canada, since the pipelines so often have to cross their land to get to market. At the same time, flat-out obstruction runs the risk of causing developers to stay away for good, which isn’t always the best economic option for many Arctic communities. Many actually rely on revenues generated by resource extraction to continue their livelihoods, which use fuel and electricity and the internet, just like people in the South. So I think in the first place, the complexity and diversity of Indigenous and local perspectives need to be recognized.

Second, Indigenous peoples need to be treated as equal partners in development, regardless of what form it takes, rather than as a group that merely has to be consulted in order to get a project greenlighted. This could start by including more Indigenous representation in conferences like Arctic Circle, arguably the biggest development show in the world for the North, even if that costs the conference organizers money.

I hope that this would lead to a realization that if development of the Arctic’s natural resources is going to intensify, renewable projects that directly benefit local communities should be prioritized or at the very least included with larger, export-oriented projects. In such a future Arctic, this might mean that a small hydropower plant for local power generation to replace imported diesel would get installed in a river in Alaska ahead of a trans-state natural gas pipeline that would ship out resources to Asia.