The U.S. has elected a new president, but Alaska’s priorities remain unchanged. Now is the time for Arctic experts, advisers and regional leaders to help the new administration, writes the Institute of the North’s Nils Andreassen 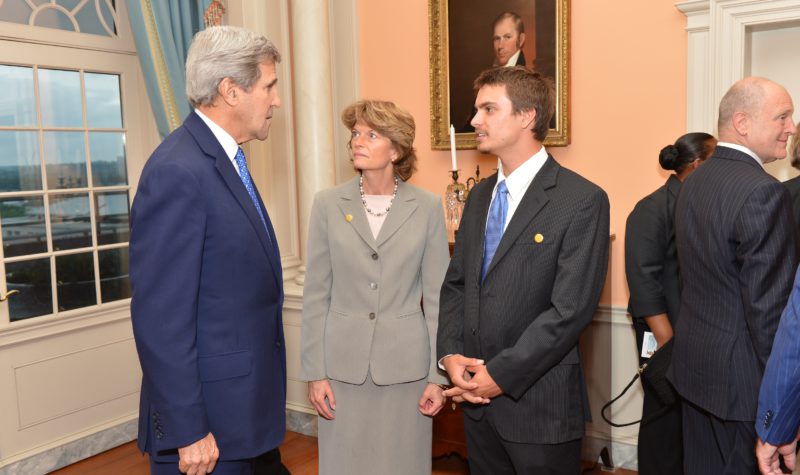 The election of Donald Trump to the U.S. presidency comes at a time of unparalleled change, challenge and opportunity in the Arctic. In the same year that the Arctic Council celebrates its 20th anniversary and its continued commitment to environmental protection, sustainable development and international cooperation, it is worth emphasizing the continued resolve of the eight Arctic nations to these core principles.

The legacy work and fundamental underpinning of the Arctic Council does not change with a transition in domestic leadership. The council is a robust mechanism for addressing Arctic issues and it is extremely capable of cooperating with, and informing, an incoming U.S. administration.

Alaska’s priorities haven’t changed. Well-articulated in its Arctic Policy, the state remains committed to responsible development, safety and security, inclusive decision-making processes and community resilience. These aren’t inconsistent with those advanced by President-elect Trump, and the state may be in a very strong position to work with the incoming administration to see those goals met. The state understands the reality of the Arctic, is most closely linked to the public interest and can represent these issues to federal agencies and a new administration.

Alaska has also put in place added levels of international cooperation that transcend national politics, namely, by rejoining the Northern Forum. This puts Alaska in a good position to advance its priorities among other states, territories and regional governments. Such cooperation can take place outside of the politics of D.C. and may see greater attention and investment in the years to come. Similarly, Alaska’s mayors have committed to hosting an Arctic Mayors’ Roundtable next May, which could result in a unique and transformative cooperation between local governments across the Arctic.

As with the Arctic Council and the State of Alaska, the past 20 years have meant that a significant network of experienced, informed and interested civil society leaders has emerged in the Arctic. Some have spoken of hybrid governance but really it is these individuals – Indigenous and civic leaders, nongovernmental organizations, academic institutions and trade associations – who often have the most to say about what happens in the Arctic, and many directly inform the nation’s policies. Civil society will keep up the pressure on all Arctic states for investment, safety, consultation and cooperation in the region.

It remains to be seen how a Trump presidency will prioritize the Arctic, change current policy or make different decisions. Really, it will be the region’s responsibility to inform, educate and advance priorities that are consistent with its desired outcomes. An incoming administration means that the opportunity and demand for exactly this kind of information will be very great. New federal officials will be looking for experts, advisers and regional leaders who can help in making decisions for this administration.

After eight years of an Obama administration, there are new people in office and in positions of power who respond to a different portion of the electorate. It means that the opportunity to educate has never been greater. It has been 20 years since the formation of the Arctic Council, and yet 66 percent of Alaskans haven’t heard of it and half of those didn’t know the U.S. holds the chairmanship from 2015 to 2017. This gap in awareness is even larger in the rest of the U.S.

Let’s close that gap during the next four years. Let’s ensure that throughout this and future presidencies, the Arctic remains great in its approach to its people, its cultures, its environment and its economy.