Scientists as Diplomats – Adaptive Challenges in the Changing Arctic

Scientists must pull together to engage more consciously in Arctic science diplomacy and act as allies for international policy efforts, writes Dennis Schroeder. 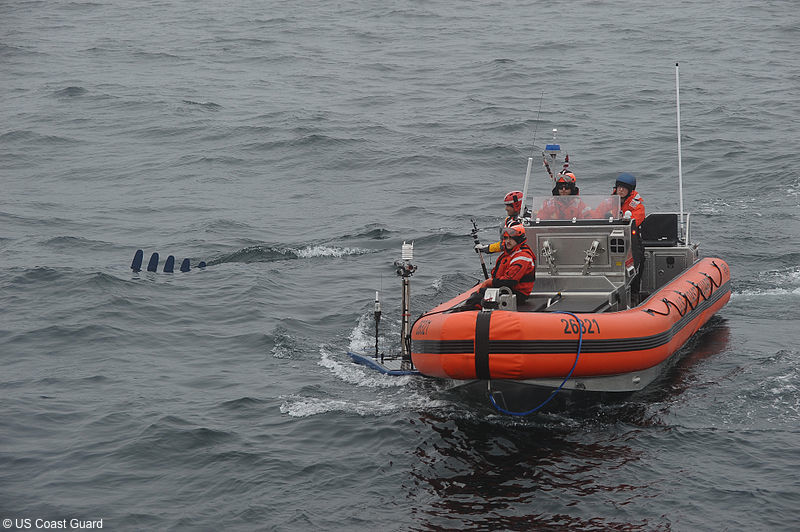 The end of the Cold War led to a period of enhanced scientific cooperation in the Arctic between former opponents. This joint work brought us insights into areas such as climate change, Arctic fisheries and new energy resources, to name a few. It helped us understand the rapid environmental implications of a changing, relatively uncharted territory, as well as improving policymaking and environmental security. Two of the milestones are the Arctic Search and Rescue Agreement and the Agreement on Cooperation on Marine Oil Pollution. This work also showed that science can create a common ground among states with shared interests, even when their governments fiercely disagree on a multitude of other geopolitical questions.

But where science traditionally connects, new geopolitical tensions and hunger for energy resources divide. How do scientists adapt to a new political environment in the Arctic?

Even at the time of the Cold War, political consensus in the Arctic was less difficult. Former Soviet president Mikhail Gorbachev envisaged the Arctic as a “pole of peace.” Arctic nations have forged agreements and treaties, and continue to strengthen carefully built relationships. These have often been initiated via the Arctic Council, which exemplifies the best practices for international science diplomacy and cooperation.

Yet this could change. Ongoing environmental shifts in the Arctic could trigger greater international cooperation, increased competition – or even conflict. Furthermore, nationalistic narratives are fueling international tension. Geopolitical hotspots, such as those in Crimea, Syria or the South China Sea, could affect Arctic relations and are bolstering media reports that a new Cold War is looming in the high Arctic, even though most Arctic stakeholders question these claims.

The idea of “the Arctic” is interpreted differently by different nations. For Russia, the Arctic is part of its national identity, a repository of national power and a main source for future energy extraction. Newly accessible maritime waterways would remedy its primary geostrategic disadvantage – limited access to the world’s shipping routes. In Canada, the Arctic gets entangled in domestic politics, while in the United States, the Arctic has largely been an afterthought – one holding energy resources – although, lately, the U.S. has used its presence in the Arctic to pursue responsible Arctic stewardship and international cooperation.

Against the backdrop of different political, cultural and historic ideas of the Arctic, we eventually find consensus on matters of scientific and security collaboration. Science as a unifying factor in this multiparty scenario offers not only an assessment of the perennial questions of climate- and energy-related issues but is used as a tool for diplomacy.

In late September, the U.S. hosted the first-ever Arctic Science Ministerial in Washington, D.C. Representatives from 25 countries and the European Union, as well as Indigenous leaders, met to identify Arctic science challenges, such as accelerated coastal erosion and opportunities to advance maritime navigation and resource development. The science ministers discussed the regional and global implications of these challenges and opportunities, agreeing to work together to improve data-sharing among international scientists and enhance the general science-to-policy interface on Arctic issues.

In 2010, the Royal Society and the American Association for the Advancement of Science (AAAS) established a framework of science diplomacy possessing three dimensions. “Science in diplomacy” is the provision of scientific advice to policymakers; “Science for diplomacy” is the improvement of international relations through scientific collaboration; the meeting of Arctic science ministers is a perfect example of the third dimension, “Diplomacy for Science,” the facilitation of international scientific cooperation through the foreign policy community.

In the Arctic, all three pillars of science diplomacy have worked well in the past, supporting the establishment of legally binding treaties, the creation of new multinational research institutions and the provision of a dialogue space for international scientists. But today, geopolitics and the environmental transformation of the Arctic are creating a challenge for scientists working in the Arctic.

Science collaboration in the Arctic must eventually not only anticipate common problems but challenge isolationist positions in the backdrop of heated geopolitics. When politicians struggle to have an open dialogue and civil society has few channels left to communicate, scientists can act as bridge-builders between nations. Science is a common language and a tool for shared-value creation. Joint research has led to more secure waterways and insights into rapid current and future environmental changes. This call for stability and a quest for knowledge needs to be heard more than ever by political stakeholders. Therefore scientists have to adjust their roles and adopt different skills, aside from subject-specific knowledge, to engage more consciously in Arctic science diplomacy and act as allies for international policy efforts in order to maintain “a pole of peace.”

For scientists working in the Arctic, a general knowledge of the domestic and international political landscape combined with policy literacy seems crucial. Scientists need be able to interact and negotiate comfortably at the science-policy interface, to express doubt and communicate with the public and with their international counterparts, so that they can help create better policies for the common good. With a firm understanding of the institutional contexts that influence international policymaking, such as the Paris Agreement or the U.N. Convention on the Law of the Sea, Arctic scientists and scientific organizations will be better able to design and conduct research that informs strategies to balance global and national interests, such as environmental protection, economic prosperity and social equity.

This is not an easy task, especially in a world where growing radical populism and science are colliding. But scientists need to be ready for this challenge, ready to stand up to denial and to work even more closely with like-minded global citizens on pressing issues that are in our common interest.