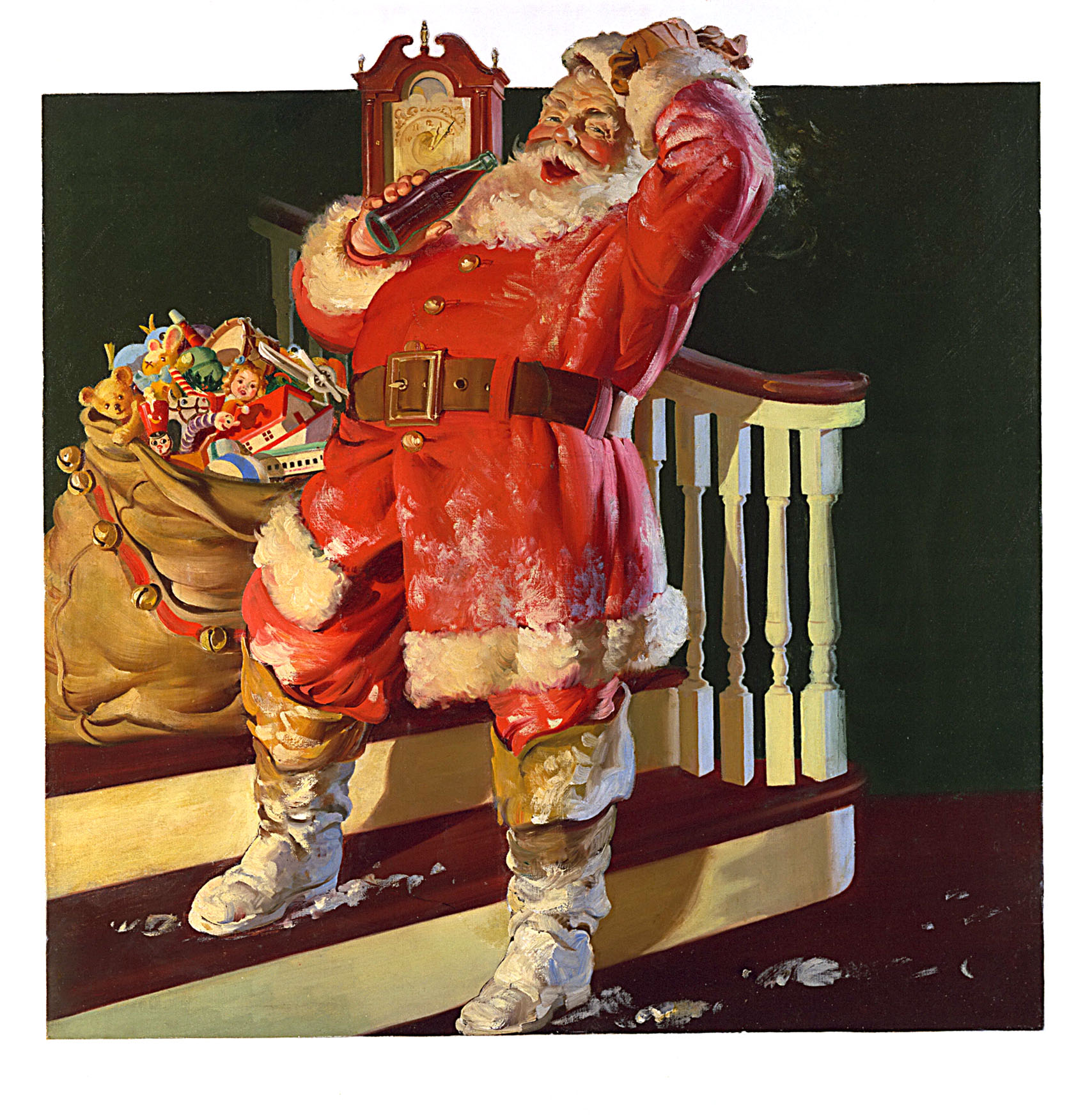 Now in the Arctic region, as elsewhere, the time of Christmas has started, except for in the Russian Arctic. In various regions in the Arctic, Christmas is a quite new idea which was introduced by western missionaries. The North has been a periphery for western civilization for numerous years and western Christmas traditions do not root so deep within Arctic communities.

Everywhere along the Arctic, Christianity was brought upon, pronounced or forced to the residents in the Arctic region. As a result, vast majority of all Arctic residents are affiliated with some form of Christianity. Various Protestant churches dominate in northern Fennoscandia, Iceland, the Faroe Islands, Greenland, Alaska, and parts of northern Canada, while the Russian Orthodox Church is prevalent in the Arctic regions of the Russian Federation and in addition has limited presence in Alaska and parts of Finland.

Finally, the Roman Catholic Church is particularly strong in parts of Canada and Alaska. There is considerable variation as to when Christianity reached different parts of the Arctic. While it happened almost 1,000 years ago in northernmost Europe, the inhabitants of the Chukchi Peninsula in the Russian Far East had little first-hand experience with Christianity before the 1990s. Generally speaking, the 18th and 19th centuries were the major periods of religious conversion in the Arctic. There have been various attempts to explain the rapid conversion of Arctic peoples to Christianity. Most authors agree that a combination of several factors is responsible. The adoption of Christianity rarely, if ever, resulted in the simple replacement of one religious system by another. Instead, old and new beliefs were reintegrated within a new system that was both Christian and local (Arctic Human Development Report).

Even though Christianity was brought to the Arctic region, old pagan beliefs persist among Arctic residents. All northern indigenous peoples believe that there is a close relationship between humans and nature. Humans and animals are said to be able to understand each other. Animals were said to have spirits which affect the fortune of humans.

Angry spirits caused illness and benign spirits helped the hunter by guiding animals into his path. Traditionally, the wishes of the spirits could be found out by a spirit medium called a shaman. In a special ritual performance, the shaman would go into a trance. It was thought that the shaman's soul had left his or her body and flown to the land of the spirits. Here, the shaman would try to get back the soul of a sick person which had been captured by the spirits, or to get the spirits to promise that the hungry community would catch an animal (The Arctic Is). These believes are called shamanism and animism.

However,  Some of these beliefs have grown weaker during this century under the influence of Christian missionaries, teachers and government officials. For a long time, indigenous peoples themselves turned their backs of these beliefs in order to appear 'modern'. But many ideas about the relationship between humans and animals remain strong. Some Inuit in Greenland still whisper 'thank you' to a seal they have just killed (The Arctic Is).

The complexity of modern Christmas celebrations should be seen in a historical perspective. In the early Christian Church, Easter, not Christmas, was the most important religious feast. Christmas celebrations only gained importance in the 4th century AD. The Roman Church adopted the date of December 25, celebrated by the Romans as the winter solstice. The choice expresses the close connection between Christ and the sun in early Christian religion. Christ rapidly adopted striking features of the sun god Helios such as the halo. In the Roman Empire the celebration of Christmas replaced the feast of Sol Invictus, the rebirth of the sun at December 25.

The seasonal significance of the winter solstice is in the reversal of the gradually lengthening nights and shortening days. How cultures interpret this is varied, since it is sometimes said to astronomically mark either the beginning or middle of a hemisphere's winter. Winter is a subjective term, so there is no scientifically established beginning or middle of winter but the winter solstice itself is clearly calculated to within a second. Though the winter solstice lasts an instant, the term is also colloquially used to refer to the full 24-hour period of the day on which it occurs. Worldwide, interpretation of the event has varied from culture to culture, but most cultures have held recognition of rebirth, involving holidays, festivals, gatherings, rituals or other celebrations around that time (Wikipedia).

However, by a description of Franz Boas, the celebration of winter in an Inuit community in Qiqirtat (Kekerten Island, Canada), feast was not connected to the winter solstice, but prepared the hunting of the winter season. In the course of the ritual the success of the hunt is assessed in various divinatory games such as the tug-of-war of the ptarmigans and the ducks. Thus we may infer from the structure of the ritual that the relationship to the spirits of the dead is decisive in determining the success of the hunt. It is remarkable that the animals themselves never are partners in the ritual interactions between the Inuit with either the spirits of the dead or Sedna and her representatives, the qailertetang (Le Journal de la Société des Américanistes) 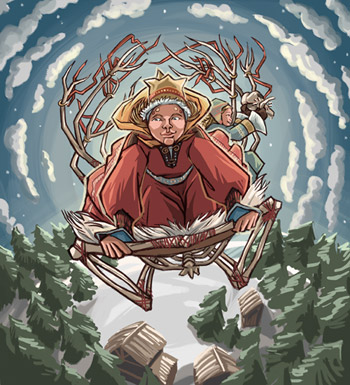 The Saami, indigenous people of Finland, Sweden and Norway, worship Beiwe, the sun-goddess of fertility and sanity. She travels through the sky in a structure made of reindeer bones with her daughter, Beiwe-Neia, to herald back the greenery on which the reindeer feed. On the winter solstice, her worshipers sacrifice white female animals, and with the meat, thread and sticks, bed into rings with ribbons. They also cover their doorposts with butter so Beiwe can eat it and begin her journey once again (Wikipedia).

In Scandinavia and Iceland the arrival of Juletid (Christmas) came to refer to the midwinter celebrations. By the late Viking Age, the Yule celebrations came to specify a great solstitial Midwinter festival that amalgamated the traditions of various midwinter celebrations across Europe, like Mitwinternacht, Modrasnach, Midvinterblot, and the Teutonic solstice celebration, Feast of the Dead. A documented example of this is in 960, when King Håkon of Norway signed into law that Jul was to be celebrated on the night leading into December 25, to align it with the Christian celebrations. For some Norse sects, Yule logs were lit to honor Thor, the god of thunder. Feasting would continue until the log burned out, three or as many as twelve days. The indigenous lore of the Icelandic Jól continued beyond the Middle Ages, but was condemned when the Reformation arrived.

The celebration continues today throughout Northern Europe and elsewhere in name and traditions, for Christians as representative of the nativity of Jesus on the night of December 24th, and for others as a cultural winter celebration on the 24th or for some, the date of the solstice (Wikipedia).

Even though the traditional Christian belief of Christmas is predominant, many local customs and traditions live along the culture among the Arctic and they root to their old pagan roots. In Scandinavia the equaliant for Santa Claus is the Tomte or Nisse. It is a mythical creature of Scandinavian folklore originating from Norse paganism. Tomte or Nisse were believed to take care of a farmer's home and children and protect them from misfortune, in particular at night, when the housefolk were asleep. Tomte is a common Swedish name, derived from his place of residence and area of influence: the house lot or tomt. The Finnish name is tonttu. Nisse is the common name in Norwegian and Danish. 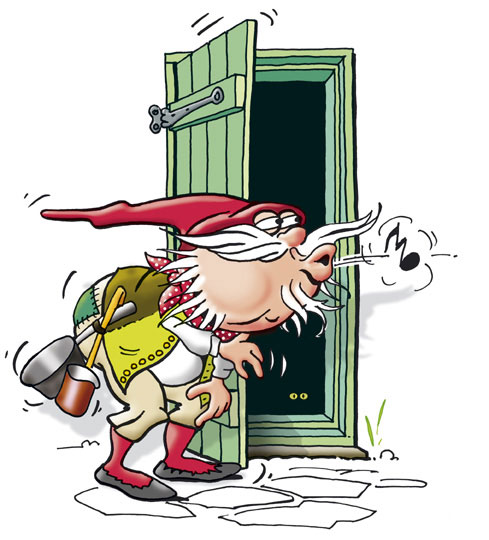 The Yule Lads, Yulemen, or Jólasveinarnir are figures from Icelandic folklore who in modern times have become the Icelandic vector of Santa Claus and are in total of 13. The Yule Lads were originally portrayed as being mischievous, or even criminal, pranksters that would steal from, or in other way harass the population (at the time mostly rural farmers).

They all had descriptive names that conveyed their mode of operation. The Yule Lads are traditionally said to be the sons of the mountain-dwelling trolls Grýla and Leppalúði. Additionally, the Yule Lads are often depicted with the Yuletide Cat, a beast that, according to folklore, eats children that don't receive new clothes in time for Christmas.

In the culture of the eastern Slavs the traditional character Ded Moroz plays a role similar to that of Santa Claus. The literal translation of the name would be Grandfather Frost. Ded Moroz brings presents to children. However, unlike the secretive ways of Santa Claus, he often brings them in person, at the celebrations of the New Year, at New Year parties for kids by the New Year Tree.

The "in-person" gifts only occur at big organized celebrations, where the gifts can be "standardized." The clandestine operations of placing the gifts under the New Year tree still occur while the children are young. Ded Moroz is accompanied by Snegurochka or 'Snow Maiden' , his granddaughter. The traditional appearance of Ded Moroz has a close resemblance to that of Santa Claus, with his coat, boots and long white beard. Specifically, Ded Moroz wears a heel-long fur coat, a semi-round fur hat, and white valenki or high boots (sapogi), silver or red with silver ornament. Unlike Santa Claus, he walks with a long magical staff, and drives no reindeer but a troika (Wikipedia). 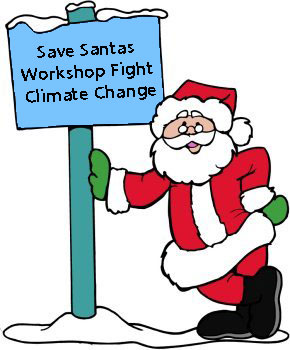 Nowadays, The traditional western Santa Claus is considered to be an Arctic resident. While his exact location is not known, there are some strong beliefs that his whereabouts are at the North Pole where he has his toy factory. However scientists have not yet discovered the Santa Clause home even though that various observations have been taken place in the Arctic, close to the North Pole and on the Pole itself. Dispite that fact, Santa Claus still appears every year and brings joy to thousands of peoples all across the world.

Due to that fact alone, people should be aware of the changing climate and global warming, for the Santa´s workshop might be at risk.