The Feature of the Week at the Arctic Portal is ambitious program "Students on Ice".

Students on Ice Expeditions (SOI) organize annual educational expeditions to the Arctic and the Antarctic. Its mandate is to provide students, educators and scientists from around the world with inspiring educational opportunities at the ends of the Earth, and in doing so, help them foster a new understanding and respect for the planet and for each other. To date in just over 8 years, over 1,000 students, educators, experts, and scientists from 32 countries have participated in this unique program. 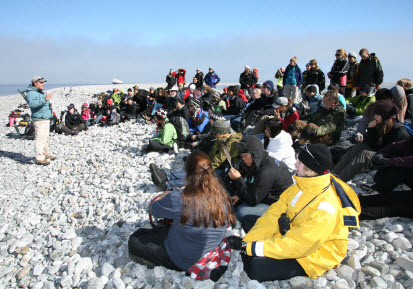 SOI was founded by adventurer, environmentalist and educator, Geoff Green – a veteran expedition leader of 74 Antarctic expeditions and 31 Arctic expeditions. In 2004, Outpost Magazine chose Geoff as one of the "Top 5 Explorers to Watch". Over the past fifteen years, Geoff and SOI have worked directly with many IAATO Members, including Quark Expeditions, Polar Star Expeditions, Peregrine Expeditions, Hapag Lloyd, ResidenSea, and Antarpply Expeditions.

Most recently SOI was endorsed as the official youth expeditions for the International Polar Year (IPY) 2007-2009. The IPY marks a critical opportunity for the world to turn its attention to the state of our Polar Regions, to better understand the global implications, and to seek the necessary actions and solutions required by all of us. This remarkable event offers a timely and exciting opportunity to mentor and inspire the next generations of scientists, researchers and young leaders.

In between expeditions Students on Ice continues to raise awareness about the global issues that need to be addressed individually and collectively by being part of inspiring outreach activities, such as conferences and speaking engagements. In the context of IPY 2007-2009, Alliance of Natural History Museums of Canada in partnership with Students on Ice is organizing and delivering the Polar Perspectives 2008 Speakers Series and Youth Forums. The goal is to raise awareness about Arctic issues such as the impacts of climate change on the environment, health, culture, sovereignty and indigenous rights. The International Polar Year (IPY) is the largest-ever scientific research program directed at the Polar Regions. 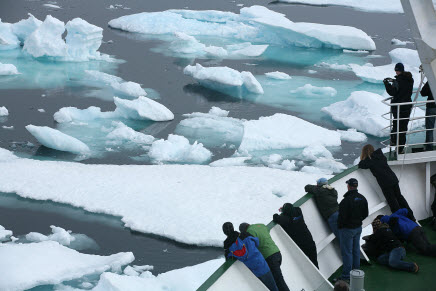 The aim of Students on Ice is not to simply provide students with a "trip" to a unique destination but rather to give students an opportunity to have an aesthetic experience in some of the most wild and awe-inspiring ecosystems in the world. The objective is not to let students to just pass through a place with camera in hand, but rather to listen to the land; to 'feel' these natural places and in turn, explore how humans feel when immersed in such places. The goal of SOI is that students experience a transformative connection with Nature - a connection that changes the way they understand and act in this world.

On expeditions, several different learning formats are used depending on the topic being explored, location, weather conditions, and the skills and experiences of the education team members in which is assembled each time. These learning formats include: lectures, workshops and hands-on activities that are shore, zodiac, and ship-based in setting. There is an environmental focus on the SOI expeditions' lectures discussions and activities on current environmental issues facing the regions travelled are implemented through. Climate change is a particular focus on all of Students on Ice expeditions. 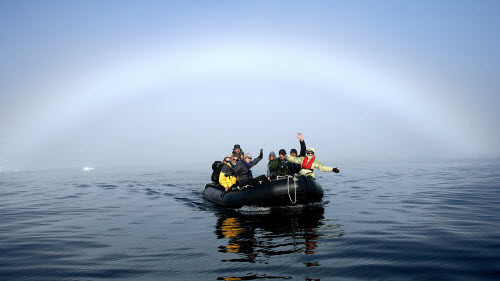 Students on Ice program, has received numerous awards and citations for its work with young people, education, the environment and polar conservation. Recently, it received the prestigious 2007 Citation of Merit Award from the Explorers Club in New York City. It has also received the Michael Smith Award for Science Promotion in Canada, as well as a special Citation of Merit from the United States Congress.

The Students on Ice Webpage