Friends with a leopard seal 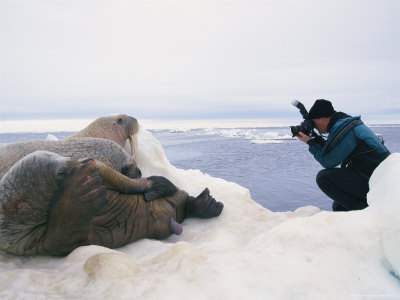 Paul Nicklen uses his camera to reveal the nature of a world melting away under human-induced global warming. He works for National Geographic magazine.

“I call myself an interpreter and a translator,” says Nicklen.  “I translate what the scientists are telling me. If we lose ice, we stand to lose an entire eco-system.  I hope we can realize through my photography how inter-connected these species are to ice.  It just takes one image to get someone’s attention.”

On the website Ted.com he shared some of his amazing stories from the Arctic and Antarctic. He lived with Inuits for several years as a child, falling in love with the Arctic, and subsequentlythe Antarctic.

His pictures are taken both underwater and above waters.

One is particularly amazing, his encounter with a leopard seal where he faced sudden death, but in the end portrayed photos of the seal eating penguins. He formed a friendship with the leopard seal in the ice cold water.

Here is Paul’s story and his photos.