Svalbard - At the End of the World

If you would travel to the end of the world, where would you go? For some world ends in south, but if you would head north you would most likely end up in Svalbard, a group of islands between 74° - 81° N in the Arctic Sea. 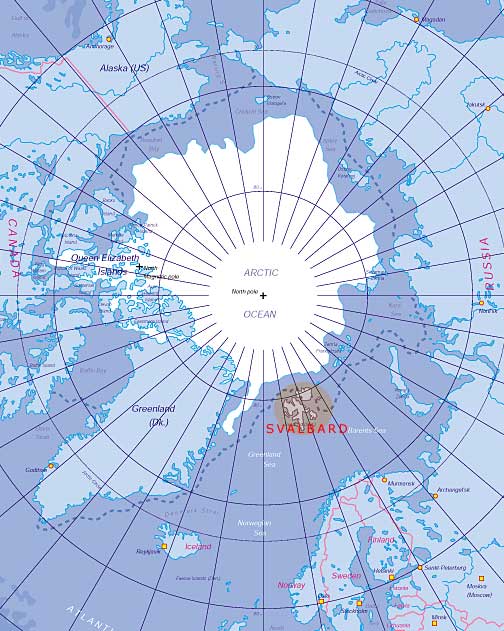 The islands were first discovered in the 16th century by a Dutch explorer Willem Barents and visited by many other nationalities during the next 300 years. Russian trappers were first to winter on the islands between 1715-1850. Norwegians on the other hand did not start regular hunting on the islands before the mid 19th century.

Until the beginning of the 20th century, Svalbard, as the islands are called today, was “no mans land”. Many negotiations were held to establish a sovereignty over the islands and finally in 1920, a Spitsbergen Treaty was signed establishing a Norwegian sovereignty over the islands. In the Treaty, Svalbard was made a part of the Norwegian Kingdom, giving though all the signatory nations unrestricted right to natural resource exploitation. Due to this right small “foreign” mining communities have been established on the islands over the years, the biggest being the Russian settlement in Barentsburg with today some 500 inhabitants. 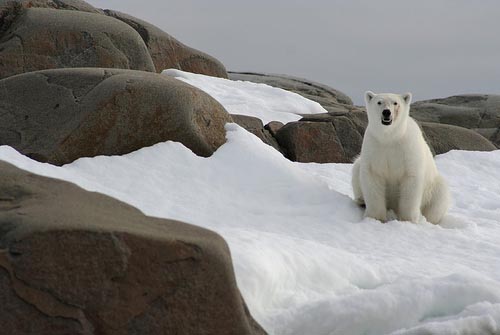 Despite of its harsh climate, Svalbard is a home for some Arctic animals. Svalbard Reindeer, Arctic fox, Polar Bear and southern Vole (a foreigner that has settled on the islands) inhabit the islands in addition to wide range of sea mammals and 36 species of birds that nest on the rocky mountain cliffs. Polar bear used to be hunted, but was protected in 1973 and today only 3-4 polar bears are killed yearly. Though the islands are well above the tree-line and only 6-7% of the land area is covered by vegetation a great variety of flowers can also be found in the islands.

The main industries in Svalbard are mining, tourism and research. For long period the only industry found in the islands was mining, but recently eco-tourism and international research have become increasingly important.

It is estimated that around 70 000 tourists visit the islands every year arriving either by plane or by sea. Great majority of the visitors are Norwegian, but mainland Europeans are increasingly visiting the islands as well. Most of the tourist, apart from the cruise liners visiting Svalbard for a day or two as part of a longer cruise, come to the archipelago for the extraordinary nature and extreme conditions. Different kinds of organized outdoors activities are among the most popular tourist attractions in addition to archaeological and mining museums, which can be found in Longyearbyen, Barentsburg, Ny-Alesund and Bear Island. 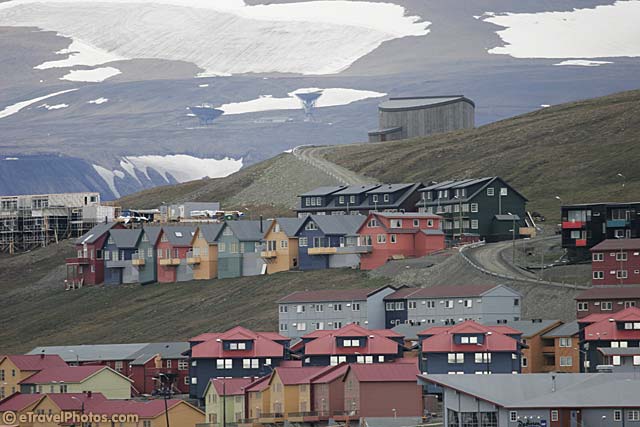 Svalbard is one of the main areas for Arctic research. Due to its geographical situation it offers an ideal insight in to the Arctic reality. Norway is by far the largest research nation in Svalbard accounting almost for half of the research days on the islands. Russians, Germans and Polish account together for another 40%, together with Norwegians accounting for 84% for the Svalbard research. Norway operates also a University Center in Svalbard (UNIS) which offers higher education at the undergraduate, graduate and postgraduate level in Arctic Biology, Arctic Geology, Arctic Geophysics and Arctic Technology. Yearly, approximately 350 students come to Svalbard for a shorter or longer period half being Norwegian students and half international students.

Though at the end of the world, Svalbard offers a variety of interesting opportunities for work, education and travel for those interested in the Arctic. To learn more about Svalbard please visit the following homepages: