Organized Crime in the Arctic 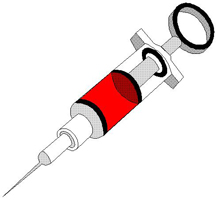 The Arctic is rapidly changing and has been doing so for the last couple of decades. During the cold war many regions of the Arctic were a no-mans land crammed full of radar equipment. The Arctic is increasingly opening up on many frontiers. The ice sheet is receding, increasing industrial production and the quest for oil and increased participation in the global market system has increased the role of cash within local economies. Megaprojects have brought in considerable amounts of staff; often single men with a disposable income further increasing the role of the cash economy. Following this development organized crime has been on the rise in the Arctic, and organized crime syndicates are believed to have acquired a firm foothold in the Arctic and are involved in the human- drug- and weapons trafficking, fraud, violent crimes bootlegging and other illegal activities.

The rise of drug trafficking has been prominent in the Arctic. Recently the Greenlandic police confiscated 118 kilos of Cannabis that is the largest amount that has been confiscated so far in Greenland. The street value of the drugs is estimated to be around 60 million Danish krona.

In the Canadian North the authorities have become almost become incapable of monitoring activities within it’s own Arctic boundaries, which are the size of continental Europe, due to increased tourism and industrial production effecting criminal activity . Currently there are just 200 military personnel and 400 police working in the region.

The Royal Canadian Mounted Police (RCMP) has called for up to 30 new intelligence officers into the Canadian Arctic. Currently there is only one intelligence officer in charge of all three of Canada’s Arctic territories. Chief Supt. Pierre Perron, the RCMP’s director of criminal intelligence, said “To say that we have no capacity in the North is not necessarily true,” he said, “because every officer we do have does operate in some capacity as an intelligence officer.”

“However, we would like to implement dedicated criminal intelligence officers.” 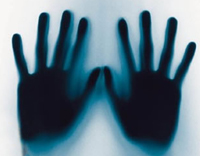 Human trafficking is a problem that is often difficult to indentify and address. A special task force has been operating since 2005 within the Barents Euro Arctic Region (BEAC) to cooperate in battling human trafficking in the European part of the Arctic. Very few cases of human trafficking have been put on trial in the Arctic but can be expected to rise as the industry rises and the awareness of the problem increases.

Both Canada and the U.S have voiced concerns about the Arctic being used as a portal for Arms trafficking into the U.S by terrorists as border control is challenging due to the imense the size of the area.

With the increased activities within the Arctic following global warming it is highly likely that crime as well is on the rise, as accessibility increases and profitability vs. risks continue to rise. The eight Arctic states are however very well aware of the opening up of the Arctic so increased measures in law enforcements would come as a surprise to no one. The Nordic countries, Russia and U.S.A are increasing their military presence in the Arctic, which serves as another form of increased surveillance which one could imagine would be backed up with increased police activities as well